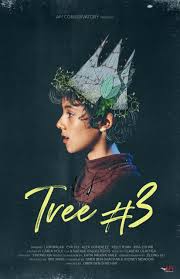 Los Angeles, CA (The Hollywood Times) 12/12/19 – Tree #3 is a Short, Comedy, Drama. After he’s been cast (again!) as a background tree in his annual middle school play, an ambitious and imaginative Israeli immigrant boy leads a revolution on stage that his intolerant drama teacher will never forget. Writer and Director, Omer Ben-Shachar says that Tree #3 is based on his experiences growing up in Texas.

It tells the story of Itai, an ambitious and imaginative Israeli boy who, after being cast as a background tree in his annual middle school play, leads a revolution on stage that his intolerant drama teacher will never forget.

Omer Ben-Shachar: I was born and raised in Tel Aviv. When I was young, my father’s job took my family to Texas where will lived until I was 13. While in Texas, I was very passionate about theater and dance. I participated in several Houston Ballet productions (Swan Lake, Carnival of The Animals, The Nutcracker) and The Alley Theatre productions (A Christmas Carol, amongst others). When we moved back to Israel, I studied Film & Television Production at Thelma Yellin High School of the Arts. I wrote and directed several short films during my studies, making my filmmaking path irresistible. I had fallen in love with the medium and felt so comfortable expressing myself through it. A few years later, I moved to Los Angeles to study Directing at the AFI Conservatory. The next two years were paradise, filled with creative challenges, lots of maturing, and intense artistic development. Since AFI, I have been developing my feature script and an animated TV show based on my grandmother’s children’s book.

When did you decide that film was your passion?

Omer Ben-Shachar:  Cinema has helped me survive from a very young age. During my years in Texas, my main goal was to fit in. I felt I needed to blur my identity, to hide my Israeli accent, my parents, my squeaky voice, and my “weird” mask collection. Looking back at the photos and videos from that time, I looked like an all-American boy. But I found one exception, a short video I directed at a film camp I attended when I was 11-years old. In the video, I can be seen proudly speaking Hebrew in my squeaky voice, with my Israeli parents in the background, holding and wearing beautiful masks from my collection. Everything that embarrassed me was presented in the movie with pride. Cinema turned the things that embarrassed me, the things that frightened me, the things I hid, and the things I regreted into something I wanted to expose.

It has been like that ever since. Filmmaking continues to be my biggest passion, but it is also my most powerful tool for coping with my fears, insecurities, and uncertainties. It is now an inseparable part of me. Just like I need to eat, breathe and sleep – I need to make movies.

Have you always been a creative?

Omer Ben-Shachar:  Yes, from a very young age. I grew up in a very creative family. My grandmother is a poet, my grandfather is a lyrist, my mom is a writer, my aunt is a painter, my cousin is a music video director, etc. I had always admired their life and way of thinking, and I wanted to be like them. I wanted them to see me as an artist, too, and I wanted to stand out, which in a family like that, is quite a challenge. But the trying inspired my creativity.

Omer Ben-Shachar: As a writer-director, before I start working on a new film, I spend a good deal of time ensuring that I have chosen the right project. If I’m going to spend at least one year of my life telling a story, it must be something that has meaning for me, that I believe in, that I can teach others, and learn from at the same time. It must be so rich and deeply rooted in my heart that every time I sit (or stand) to work on the project, it feels as though there is something new to be discovered.

In my work, I usually focus on telling honest, character-driven stories that find the comedy in our insecurities and fears of being outsiders, and that ultimately celebrates the joy of individuality. I tend to make dramedies based on personal experiences, but I’m always pushing myself to expand beyond the style and subjects with which I am comfortable, always trying to surprise myself.

Once I choose the project, the process becomes akin to a game of digging for the truth. That search for honesty and truth is what shapes the writing and casting processes, the filming, the post, and so forth.

Omer Ben-Shachar:  Tree #3 is based on my own experiences growing up in Texas. It tells the story of Itai, an ambitious and imaginative Israeli boy who, after being cast as a background tree in his annual middle school play, leads a revolution on stage that his intolerant drama teacher will never forget. Tree #3 recently won a 2019 Student Academy Award, the ‘Best Young Creator Award’ at UrbanWorld, the ‘Best Student Film’ at HollyShorts, the ‘Audience Award’ for the Best Student Short at Palm Springs ShortFest, and a Student Emmy nomination for Best Comedy, among several others. It stars Lior Malka, Rita Zohar, Alex Gonzalez, Eva Du, Kelly Ryan, Shira Gross, and more.

What have you discovered about yourself during filming?

Omer Ben-Shachar: So much! That’s what I love about filmmaking. One can learn so many things about oneself through the process. The challenges are never the same, and one is always an outsider as well as an insider of their project. In the making of Tree #3, I discovered why this project means so much to me, and how much better of a director I become when I feel connected to the story, and when I feel the urgency to tell it.

Describe your film in one sentence.

A movie about a young boy who doesn’t let reality cast a role for him.

How do you see your film as an element for change?

Omer Ben-Shachar: I hope that Tree #3 can inspire others who feel that they are always put in the background because of their difference, to express their uniqueness, and not shy away from their identity. As America Ferrera says in her Ted talk: “My identity is a superpower – not an obstacle.”

Were there any challenges when filming?

Omer Ben-Shachar:  I believe one of the biggest challenges for me was to keep believing in the project while we were getting big notes on the story. Of course, those notes raised many doubts in me, but I had to trust my gut – believing that I knew where I was going even when the path seemed unclear.

How would people describe you as a filmmaker?

Omer Ben-Shachar: I believe I always look for the truth in things. In writing, I make sure every word could be something I would say. In filming, I make sure every action the actor does is something he would have done even if I didn’t ask him to. I know that if an actor doesn’t believe what he or she is doing, neither will the audience. In post, I always test the movie with an audience, seeing if the viewers find anything that is unrealistic or inauthentic. And generally, I’m looking for the movie to say something truthful and meaningful about the human experience, that others can recognize in their own lives as well.

Omer Ben-Shachar:  I’m writing a comedic feature about my experience in the Israeli army. I am also developing an animated show based on the Israeli children’s book about a witch and her talking cat. I’m also part of the Viacom Viewfinders Directors Program, where I will shadow on a Nickelodeon TV series.

A recent AFI Conservatory graduate, Omer Ben-Shachar is an Israeli director based in Los Angeles. Prior to his studies, Omer served his three years of mandatory military service as a director in the IDF Spokesperson’s Film Unit. His latest film, TREE #3, won the Audience Award for Best Student Short at the Palm Springs International Festival of Short Films and was nominated by the Television Academy Foundation for a College Emmy Television Award.