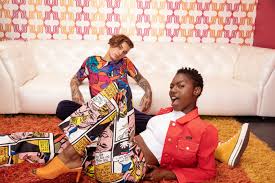 West Hollywood, CA (The Hollywood Times) 10/23/19 – Wrangler® has been an icon in authentic American style around the world for more than 70 years.  With a rich legacy rooted in the American West, Wrangler offers unmatched quality and timeless design.  Its collections for men, women, and children look and feel great, inspiring those who wear them to be strong and ready for life each and every day.

The Wrangler brand is now recognized throughout the US and Mexico as well as 22 European countries.  Wrangler is owned by Kontoor Brands Inc., which also owns Lee.

Wrangler Jeans were first made by the Blue Bell Overall Company.  Blue Bell employed Bernard Lichtenstein, a Polish tailor from Łódź who worked closely with cowboys to help design jeans suitable for rodeo use.  He convinced several well-known rodeo riders of the time to endorse the new design.

The brand was named in 1946 when Blue Bell workers took part in a contest.  The winning name was Wrangler, synonymous with the name for a working cowboy.  By 1996, one in every five pairs of jeans sold in America bore the Wrangler label. 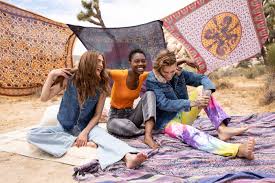 The Fred Segal store that relocated to 8500 Sunset Boulevard approximately two years ago is hosting a Wrangler retrospective featuring classic designs from 1919 and the 1960s, 1970s, and 1980s.  This museum quality installation has created a stir in the local fashion community.

“Wrangler and Fred Segal have both held significant roles in the history of fashion for decades,” Tom Waldron, global brand president of Wrangler, said in a statement.  “As Wrangler evolves in front of a global audience, we embrace the opportunity to bring new experiences to consumers that allow us to stay true to our heritage, but show an unexpected and fresh twist.”

The featured era has rotated every few weeks ever since the Wrangler exhibit opened on September 7th.  The displays highlight one-of-a-kind pieces inspired by each decade’s attitude.

• 1919: Wrangler can trace its roots back to the emerging textile mills of Greensboro, North Carolina where the Blue Bell Overall Company was born.  This archive-inspired capsule, “Bluebell 1919,” celebrates the foundation of the Wrangler brand – from the laborers who wore its first coveralls to the tradespeople who made them.  Authentic Blue Bell patches can be seen on workwear-inspired jackets and coveralls that have been updated as stylish wardrobe essentials.

• 1960s: The Sixties were simultaneously unpredictable and pervaded by infectious optimism   It was during this decade that Wrangler became the definitive brand of youth culture, with garments worn by revolutionaries, riders, and rock stars alike.  Every design in this collection, “War & Peace,” captures a monumental moment in time – one longing for change.  Bold, rebellious designs are complemented by fun and carefree tie-dye for a juxtaposition of two attitudes.

• 1970s: The Seventies was a decade defined by bold experimentation.  This psychedelic age introduced a new cultural landscape which frequently blurred the lines between art, fashion, and music.  Flirty flares, hypnotic patterns, and colorful prints from this capsule, “Psychedelic,” highlight the exhilarating sound and style of the disco era.

• 1980s: The Eighties ushered in an era where style reigned supreme.  Wrangler outfitted this legendary decade in denim with front-row seats at top racetracks, leading the racing craze with booty shorts, graphic tees, and the Wrangler Jeans Machine.  The “Racing” collection pays tribute to Wrangler’s ties to racing and the fashions of this time in history. 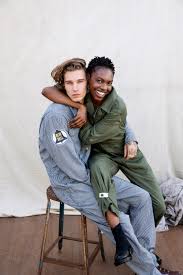 It is so exciting to see how an all-American brand has evolved over the years–and still more exciting to be able to buy some of these vintage styles!  How about a Rosie the Riveter or Happy Hippie costume from the Wrangler collection for Halloween?

The limited-edition Wrangler capsule collection at Fred Segal is only the beginning of creativity between the brands. While the capsule leaves Fred Segal Sunset this month, both Wrangler and Fred Segal look forward to continued availability online and even further collaboration in 2020. Both brands are excited to show up and show out with new fashion-forward designs!

About Fred Segal:
Fred Segal offers a fun, one-of-a-kind community destination inspired by the eclectic LA scene with expertly curated lifestyle and fashion brands.  At the forefront of experiential retail, Fred Segal has been known for discovering up and coming designers along with bringing together many of the industry’s most exciting collaborations. 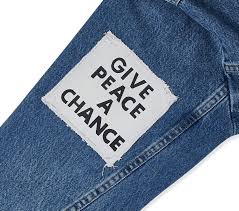 Fred Segal opened its doors in 1961, debuting fashion denim as a lifestyle concept that instantly secured the brand as an integral part of the Los Angeles scene and celebrity culture.  A unique retailer that offers an experience inspired by the free-spirited style of Los Angeles, Fred Segal has discovered and launched some of the most beloved fashion and lifestyle brands like Wrangler throughout the decades.  With customers including the Beatles, Elvis, Diana Ross, Farrah Fawcett, Jackson Five, and Jefferson Airplane among many others, the Fred Segal store quickly became the place to see and be seen.

Fred Segal’s form-fitting, fashion-forward clothing was immediately the rage.  Capitalizing on this success, he next opened a jeans-only store on Melrose at Crescent Heights in 1960 and soon created the first “Jeans Bar.”  Fred Segal’s denim designs for men and women began flying out the door, attracting crowds and causing traffic jams even though they were selling for the unheard-of price of $19.95 when jeans were typically $3.00. 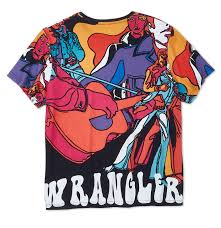 In March 2019, Fred Segal was bought by Global Icons with Jeff Lotman as Chairman.  With the additional investment and support from the worldwide Global Icons team, Fred Segal will continue its growth within three key areas: expanding the Fred Segal collection of apparel and accessories; opening additional retail locations in international territories; and licensing across different verticals ranging from home décor to accessories.  Discover more at FredSegal.com and on Instagram @FredSegal. 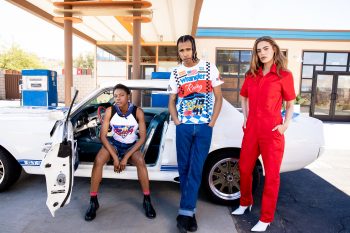