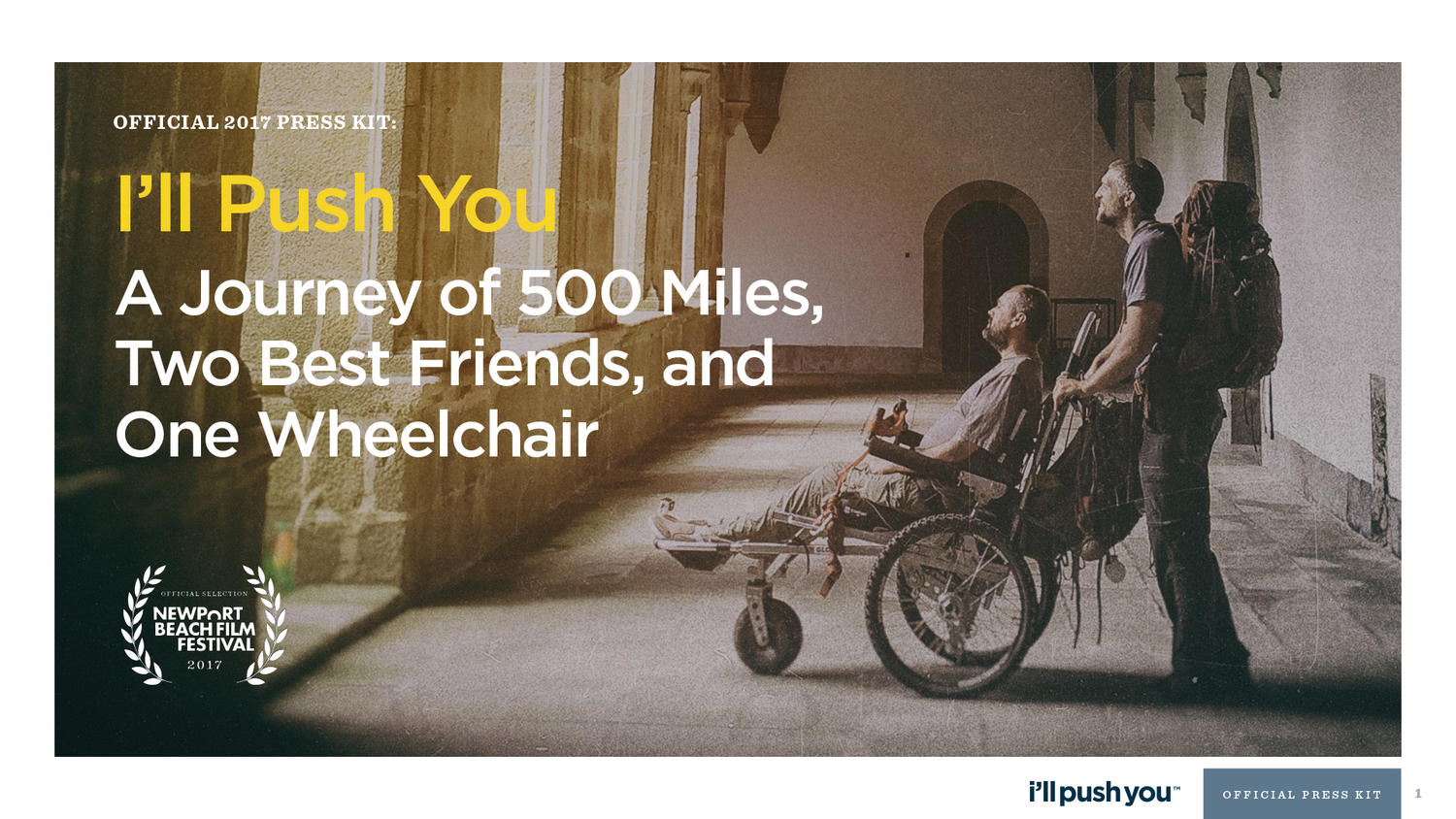 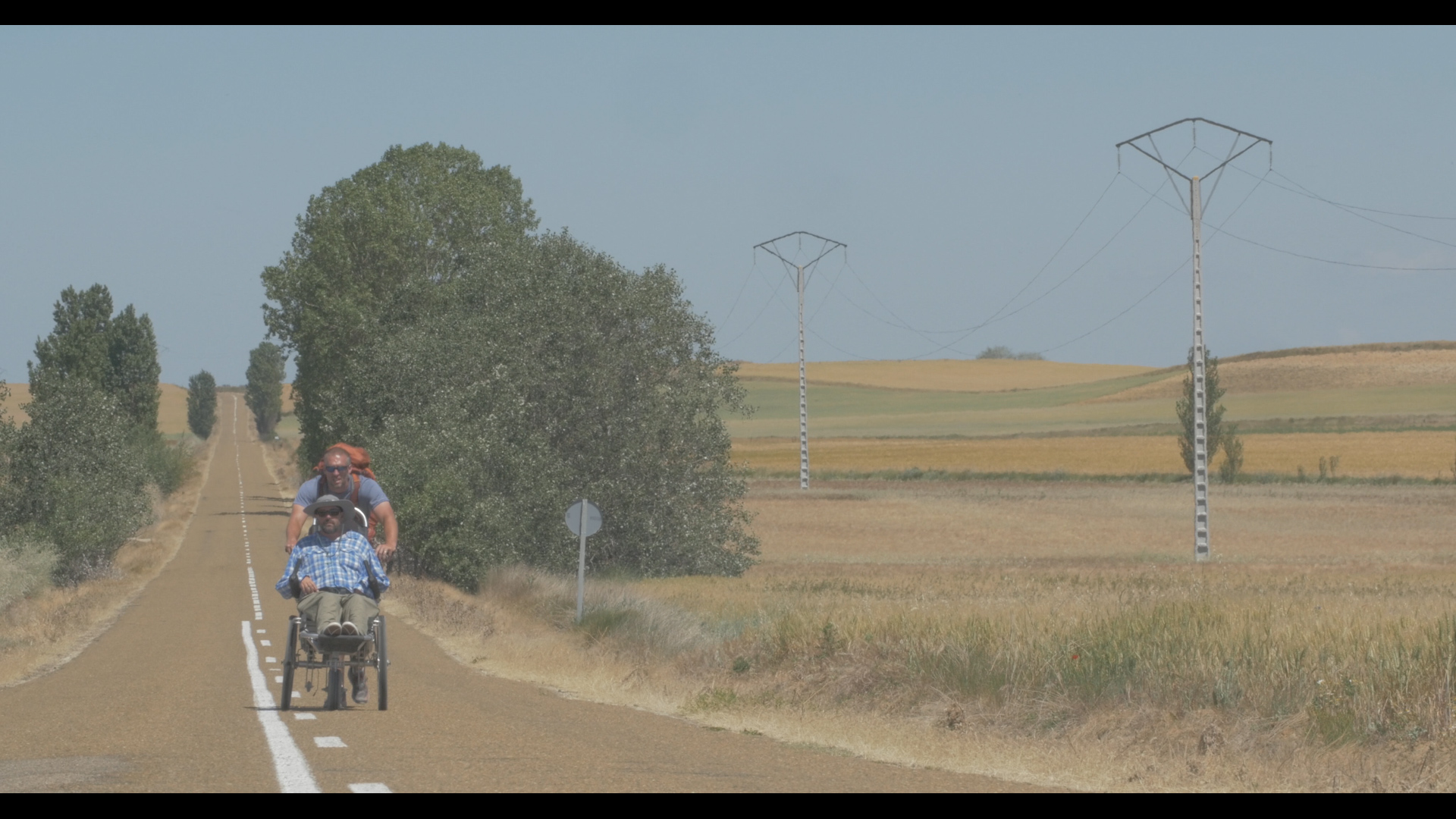 The Camino journey has been the subject of many books and several movies yet filmmakers Terry Parish with Chris Karcher and the main subjects of the film I’LL PUSH YOU, Justin Skeesuck and Patrick Gray bring a perspective like no other. Justin is in a wheelchair due to a debilitating muscular disease which he has not allowed to define his life as he continues to live a challenging but happy life life with his beautiful wife and three young children. Patrick is his lifelong friend since infancy who agrees to Justin’s wish to travel the Camino in a three wheel sled as they traverse over the rugged and varied terrain of the pilgrim paths through Spain. Justin got the idea while watching world renown travel host Rick Stevens on TV.

The filmmakers are thrilled by the critic acclaim of  I’LL PUSH YOU.

The movie received  an unprecedented three screenings being immediately sold out and a fouth one selling quickly, the filmmakers are humbled by the public’s enthusiasm for the film. 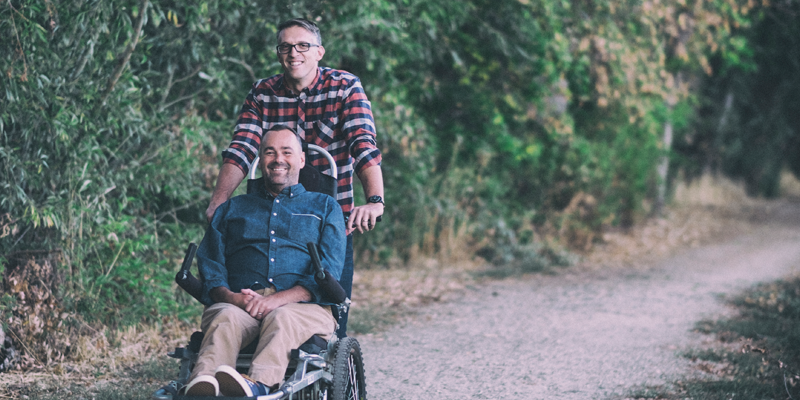 As a journalist covering this film festival, there are 500 films available to review. From that list maybe 40 or so make direct contact with the press. Factor in 7 days to either preview or review the chosen pictures  whittles the list to 7-14 films to hopefully see. Several things intrigued me about this movie. The first appeal was the subject matter of the Camino as it is on my bucket list since my retired former editors, Liam amd Pauline Ferrie in Galway Ireland at emigrant.ie shared their travel story and stamped Camino passport  with me about their Camino journey as retirees in their 60s. Like most Camino walkers they had seen the Martin Sheen inspiring movie ‘The Way’ created with his son Emilo Esteban. 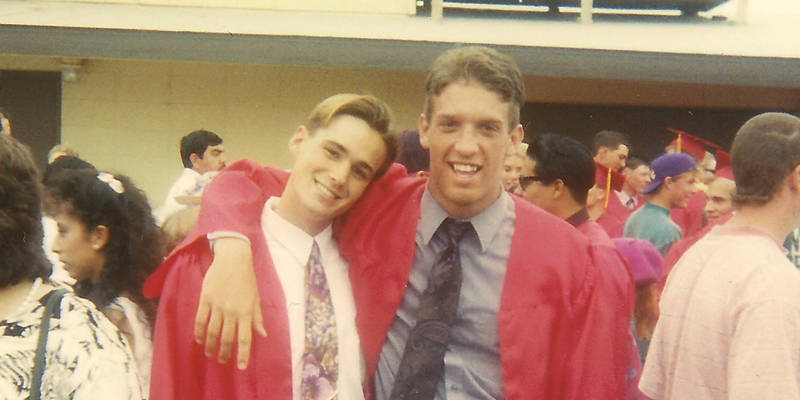 The publicist wrote to me and he sent a confidential  press screener link. I was on vacation in Ireland and I started to watch it. This guy Justin in the wheelchair is so funny and happy. Is he for real? I stopped the video and figured I need to witness this movie in a theatre and hopefully see the stars of the documentary. As luck  would have it, I make it back to my 15th year covering the Newport Beach Film festival though jet lagged to attend the sold out screening. Just because one is press doesn’t guarantee  one gets a seat. The ticket buyers are first. As I waited for permission to enter from the long time festival Volunteer, I spotted a suited man walking in with the film’s promotion banner easel. It was Max Danielson, the film publicist who had sent me the press  release. He had some extra tickets from the producer so I was covered. I had spotted Justin and Patrick walking in earlier so it was  with great delight that I was introduced to them both by Max as well as sitting besides Justin and his wife. While watching the movie I had a side eye glance into the love  story of this couple. I’LL PUSH YOU is more than a Camino journey.  It is a love story on many levels not undermined by circumstances. It is joy and genuine. 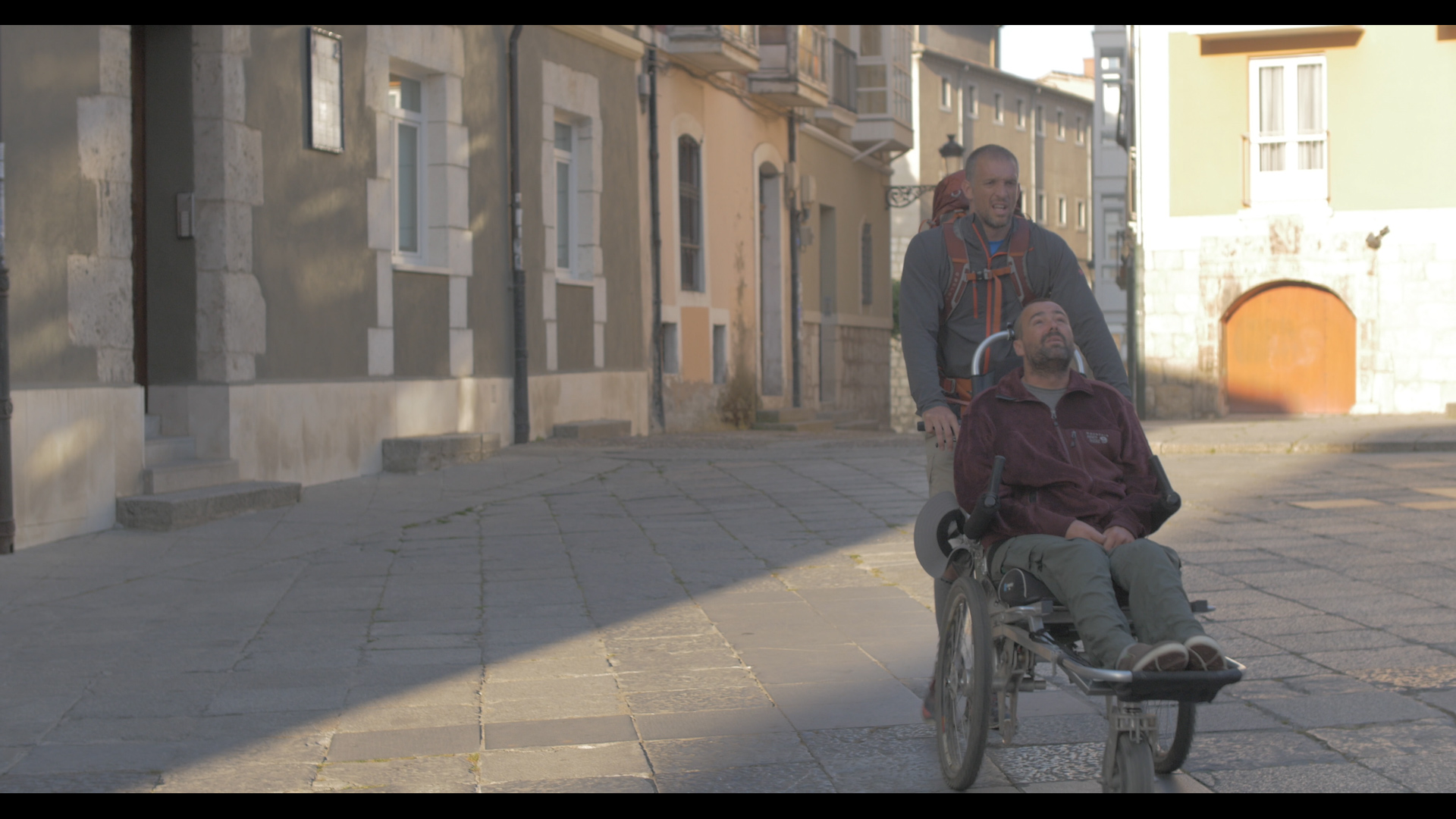 Justin and his wife were like a cute young couple on a date giddy with excitement despite him being in a wheelchair with very limited physical movement of his body below his neck. He is a handsome mischievous man with a heartwarming twinkle in his eye with an infectious smile. What you see on the screen is the real deal. His wife and the mother of his beautiful three children is a saint. How does one woman manage it all? 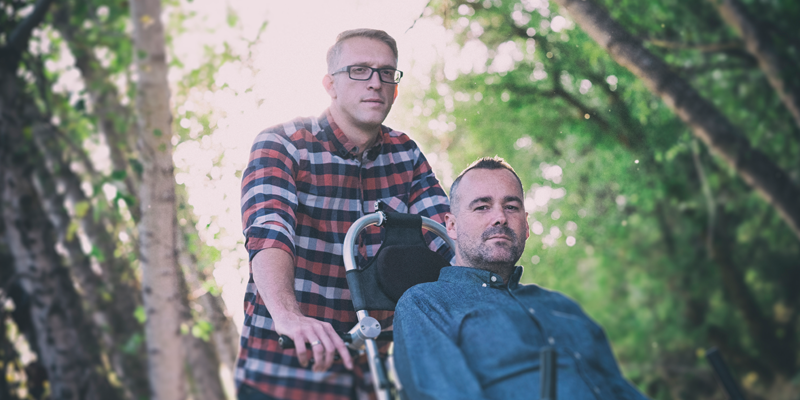 Back to the Camino. This journey is a real transformation of the lifelong  friend behind the wheel Patrick Gray. For five weeks and 500 hundred miles Patrick takes over the around the clock care of his comical buddy Justin. Patrick does everything for Justin from pushing  him to feeding him, bathing him, taking care of toilet duties, putting him to bed, waking  him up, brushing his teeth, changing  and washing his clothes and pulling up Justin’s pants to cover his sneak peak cheeky side, plus take care of himself which reveals his own shortcomings as Patrick puts himself beyond the scope of what most people would do. 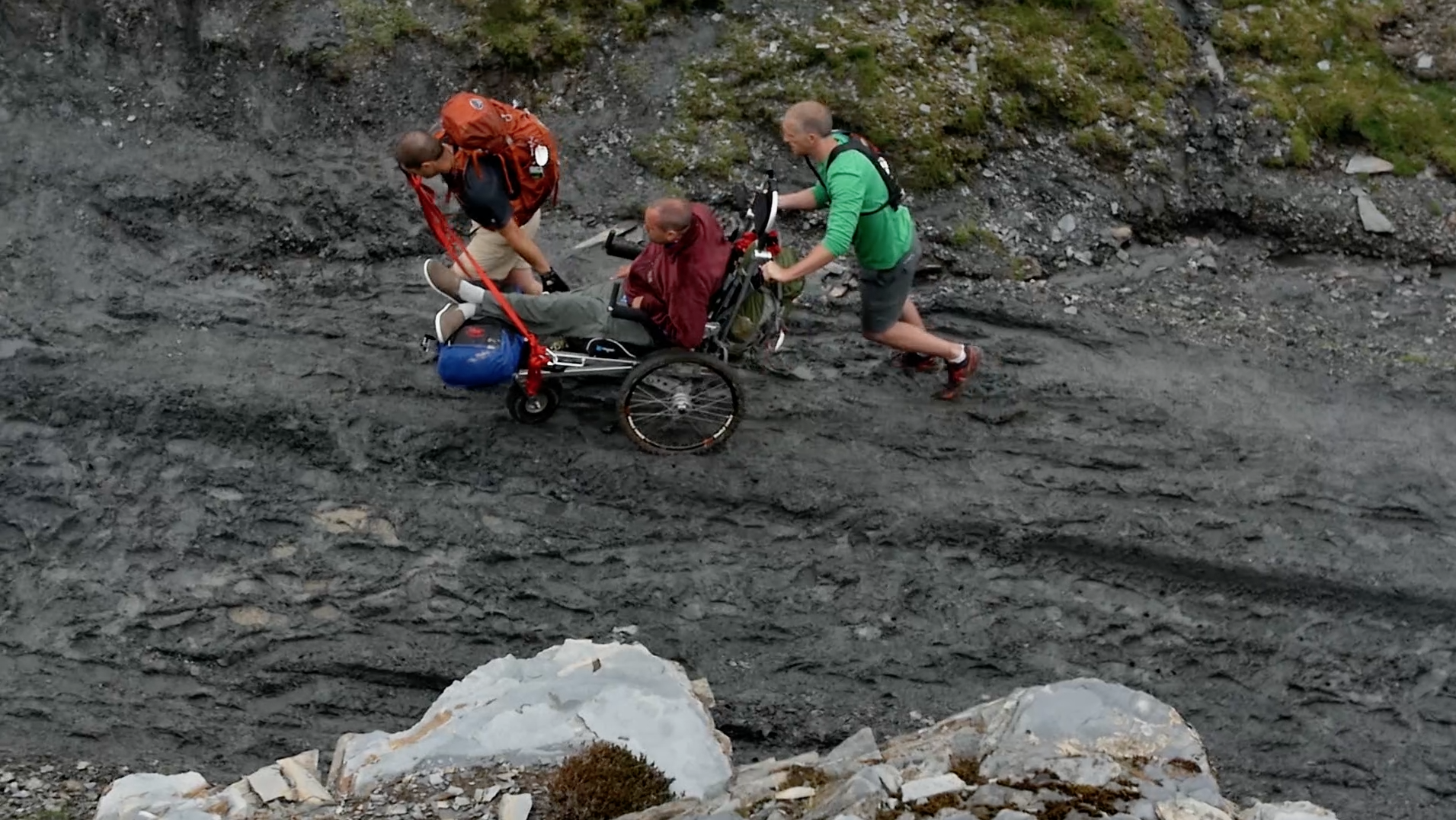 Patrick is an overachiever in the most blessed sense yet while on the Camino  he has revelations that this journey for Justin is a journey of transformation for himself as well. 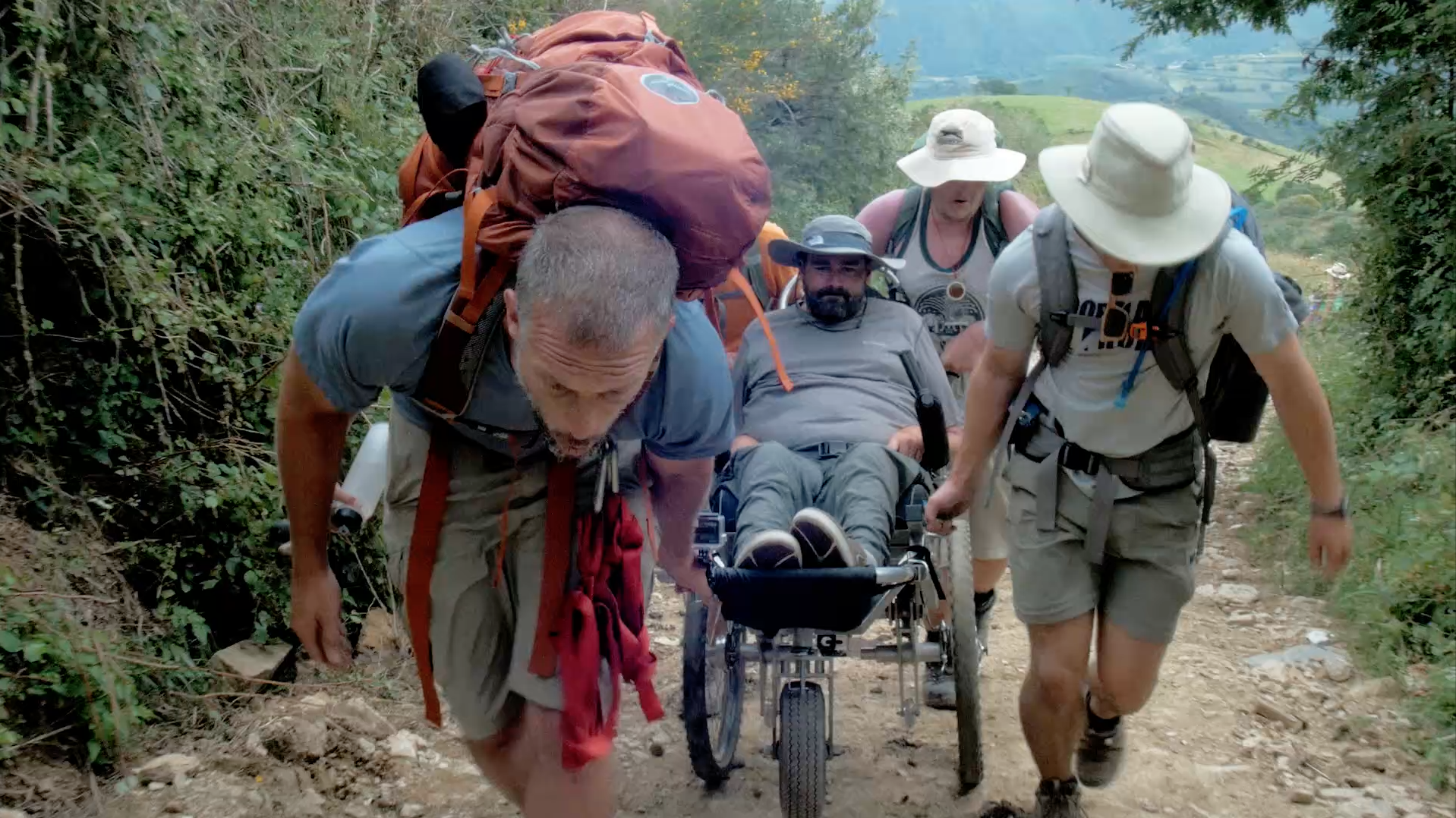 Without giving away the movie, be prepared  to find your eyes watering as well as laughing out loud to the fun of the journey. It is a well paced documentary covering footage from  almost everyday of their trip. The viewer feels the ebb and flow of the toil and triumphants of the walk. In the beginning of the walk there is Ted their EMT  friend who could only be with them for the first 10 days which were very difficult and challenging.

The music in the film is an array of well placed tunes  including Switchfoot. Film producer Turner orchestrated the film compilation  of music after an exhausting search through the mire of publishing and music clearance copyrights. 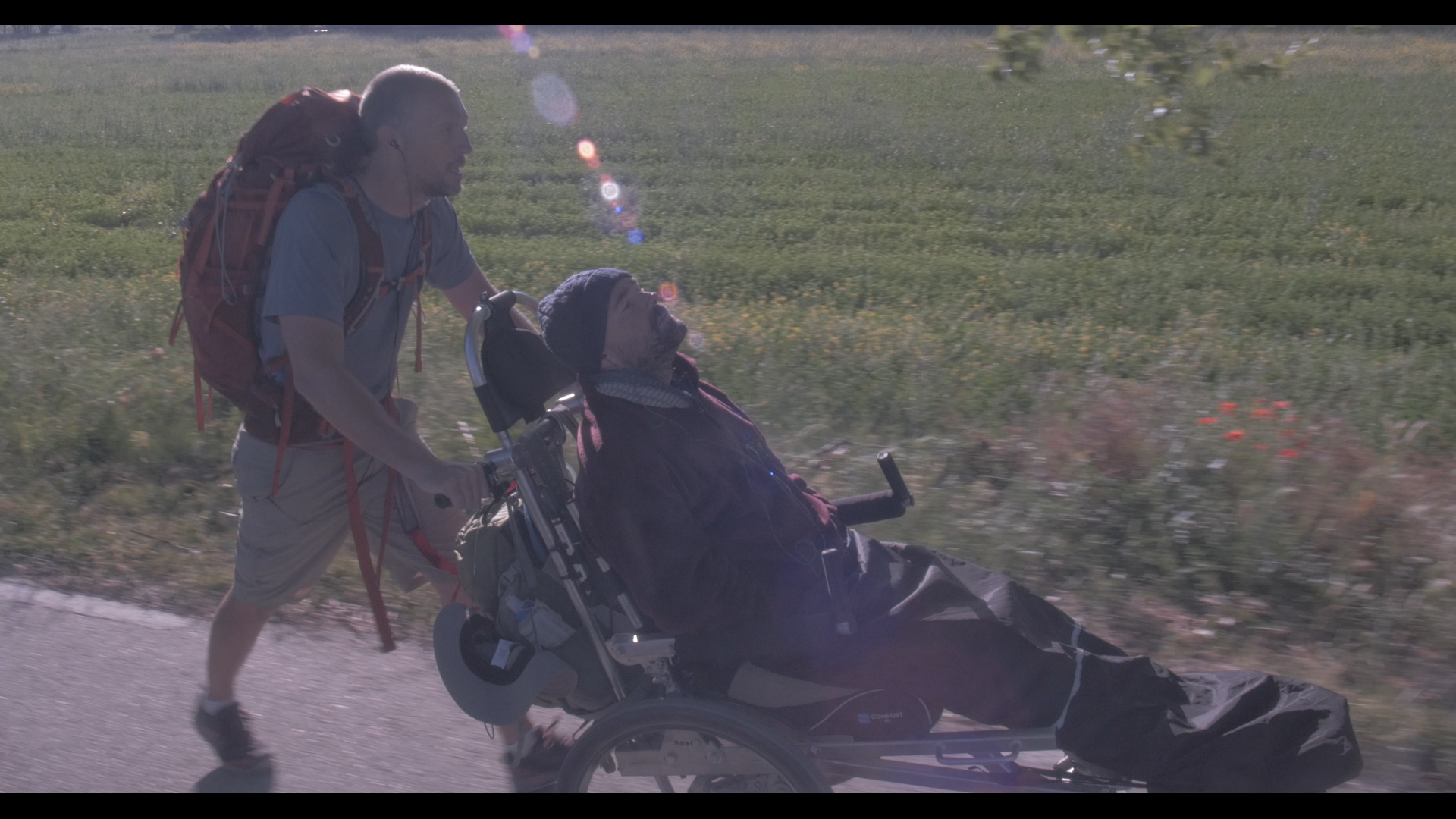 The producer spoke of the  movie saying that even if one doesn’t personally walj the Camino that by seeing this movie you are still a witness to the power as a pilgrum viewer  to the healing of tge Camino.  During the Camino at a special milestobe is a cross where travelers leave a rock or memento tying in their lesson. As a viewer i  reflected on my day. I learned from a fortune cookie saying ‘Never judge a day till it is over’. My morning Facebook post was ”Life is what happens while making other plans’ should be tattooed on my right foot. Making the most out of situations beyond my control. God has a plan for my life. I just need to heed the road signs. Sometimes simple necessities for life make one realize the bigger picture at hand. My folks taught me resilience when inconvenience appears plus laughter no matter what. Have a great Monday and a great week everyone. #LaundryRoomReflections’ 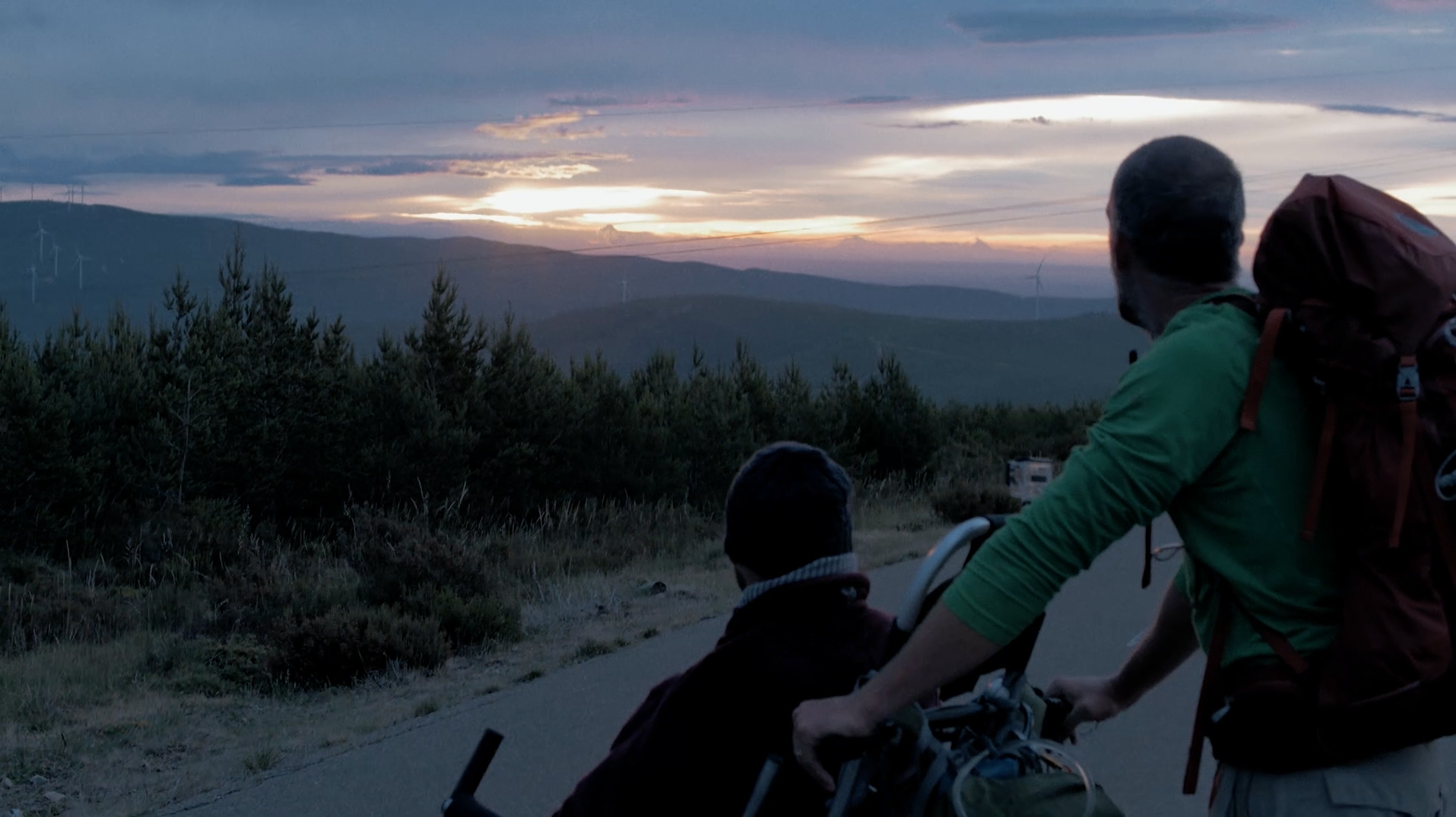 It was a privilege to be a witness to the world premiere  of I’ll Push You with the principal real life stars and producers with their post premiere emotional affirmations and love for each other and what they achieved with this collective production on film.