“Attitudes are caught, not taught.”–Fred Rogers

The gentle ghost of Fred Rogers was resurrected at a TCA Winter 2018 press tour panel taking place on Wednesday, January 17th, 2018 at the Langham Hotel in Pasadena.  Present were Ellen Doherty, head of production for the Fred Rogers Company and executive producer for MISTER ROGERS: IT’S YOU I LIKE;JoAnn Young, producer and writer; David Newell (aka Mr. McFeely); and pianist Nicholas Ma (son of famed cellist Yo-Yo Ma).

“The host of the program is also in the highlights reel, and I’ll leave you to discover who that is,” said Ellen Doherty about this hour-long special celebrating the 50th anniversary of the groundbreaking children’s television show MISTER ROGERS’ NEIGHBORHOOD.  (Hint: it’s Michael Keaton!)  Celebrity guests include Judd Apatow, John Lithgow, Yo-Yo Ma, Itzhak Perlman, Sarah Silverman, and Esperanza Spaulding. 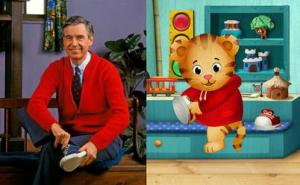 Fred Rogers’ unique combination of interests and skills earned him an indelible place in the memories of millions of parents and children nationwide.  There has never been anyone else on television quite like him!

Mister Rogers was a quintessential communicator who could reach children right where they lived: at home in front of the television.  He gently drew them into the world of adults through both work and play.

So there was no one else like Mister Rogers, and maybe we need him right now!  Americans are taught every day to revere life, liberty, and the pursuit of happiness above all else. 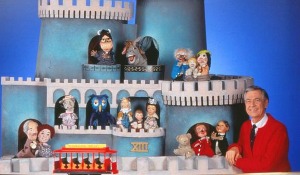 Mister Rogers walked that talk like few others ever have.  Bring the best of who you are to this world, and that is enough.  His quiet power spoke to our individuating spirits.

Ironically, Fred Rogers went into television because he didn’t like it.  Too many slapstick comedies with pies in the faces, not enough progressive family programming.

Judd Apatow and Sarah Silverman have Tweeted about Fred Rogers’ influence upon them as adults.  Millions of people like them rank Rogers in second or third place after their own fathers.

Fred Rogers chose to let Mister Rogers’ bloopers stay in the programs so children could see that not everything comes easily.  Here we are reminded of Julia Child, America’s hugely popular French Chef.  Both of these television personalities were widely admired for their carefully calibrated blend of steadiness and spontaneity.

Catchy songs such as “It’s You I Like” actually include very complicated melodies.  These toe-tappers are testament to Rogers’ prodigious musical talent that remained unobtrusive like many aspects of this true television giant.

Rogers’ ability to laugh at himself endeared him to those accustomed to more rigid adults.  Flunking simple song and dance routines like “Head, Shoulders, Knees, and Toes” could keep him chuckling for hours! 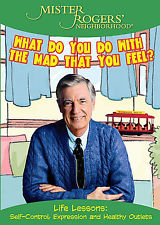 Kindness and courage go together.  They cause us to look at the world in a different way as we forge our own identity.

But character development cannot be forced.  It comes from following courageous examples in an oftentimes confusing world.

Like Winston Churchill, Franklin Delano Roosevelt, and John F. Kennedy, Fred Rogers is quoted during times of crisis.  His genius has yet to be fully understood, but is palpably felt nevertheless.

“Vulnerability is a source of strength,” suggested Nicholas Ma in closing.  Our inner worlds help us to tackle the outer world.  That may be the real takeaway from the Mister Rogers legacy.

Major markets including New York, L.A., Chicago, Boston, San Francisco, Dallas, and Atlanta are all broadcasting MISTER ROGERS: IT’S YOU I LIKE on Tuesday, March 6th, at 8 p.m.  Don’t miss it!