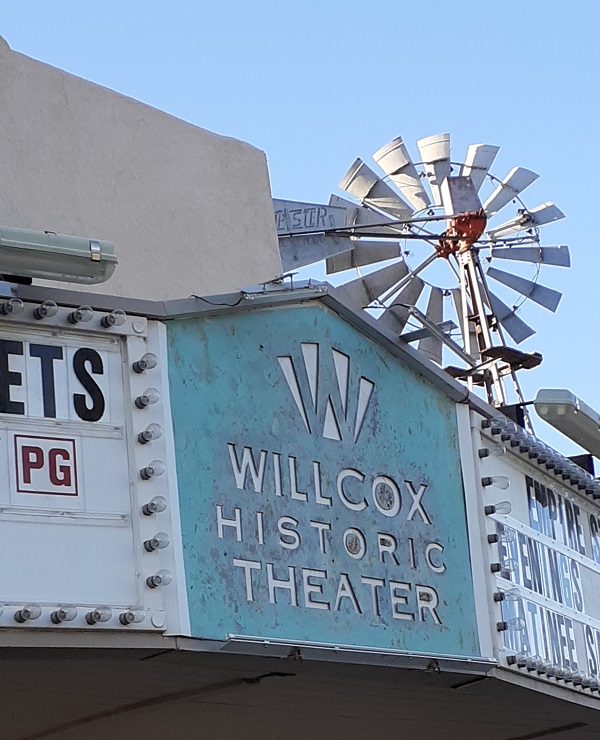 We had the privilege of meeting and interviewing many great actors and filmmakers during the festivals including:

Sheree J. Wilson from the TV show Dallas and Walker, Texas Ranger was a delight to interview.  She shared with us that she has family in the surrounding towns.

Her production company Sandalphon Entertainment is currently working on a slate of films, including action, a court room drama, a baseball story, and some faith-based.  These films will be produced in various locations including, Arkansas, Louisiana, hopefully Oklahoma, and abroad.

Jessie Mapes, who portrayed the best friend of “Sissy” in the classic movie Urban Cowboy, commemorated the 40th anniversary of the movie by attending the festival and signing autographs.  Jessie is also a talented musician.  We had the honor of listening to her music at the Wild Bunch Film Festival After Party.  Jessie currently has two CDs available titled Lonely and Urban Cowgirl.

Duke Wimberly, the stunt coordinator for the award-winning film festival movie Hung Up, is a female bull rider.  Hung Up, Producer Nikhil Melnechuk and star Melissa Jackson was nominated for 13 awards and was inspired by Duke Wimberly’s story. Duke won the Jerry Vance Award for best stunt coordinator in the film.  Duke started her acting career on the reality show Cowgirls and she performed stunts on the hit TV show Yellowstone.  We had the pleasure of interviewing her while she greeted fans for autographs.  Duke is one tough cookie!  It was apparent in her handshake. 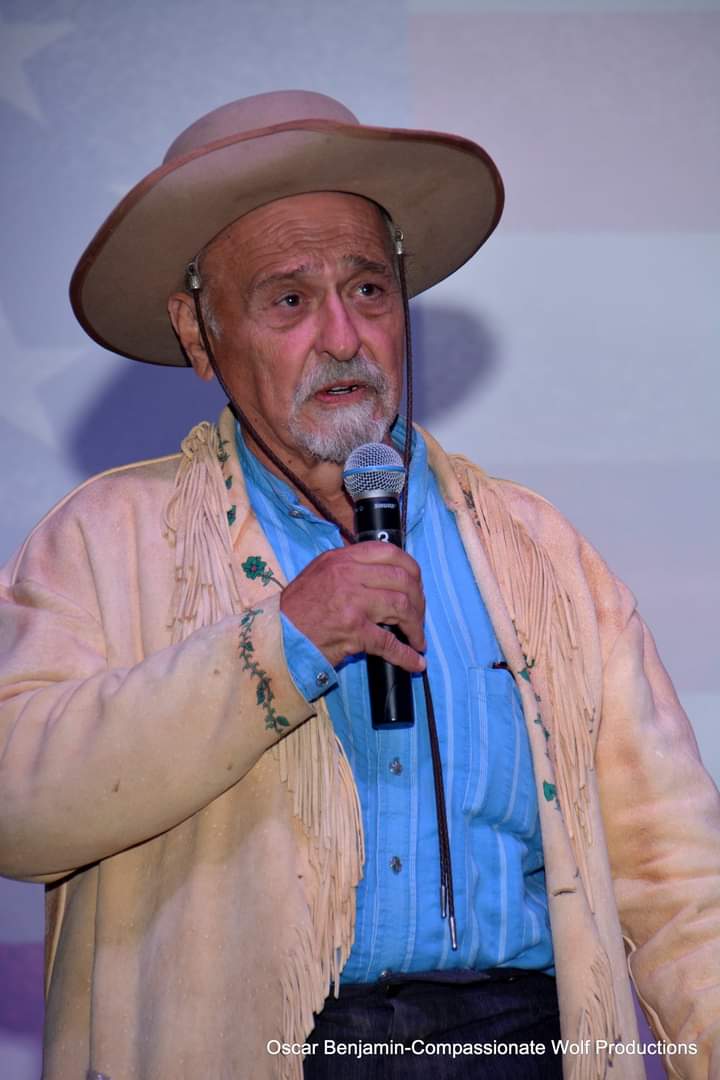 Peter Sherayko, also known as “Texas Jack”, was the producer and starred in the award-winning film festival movie Soldier’s Heart, which is about a civil war soldier with PTSD.  He also starred in the classic movie Tombstone. 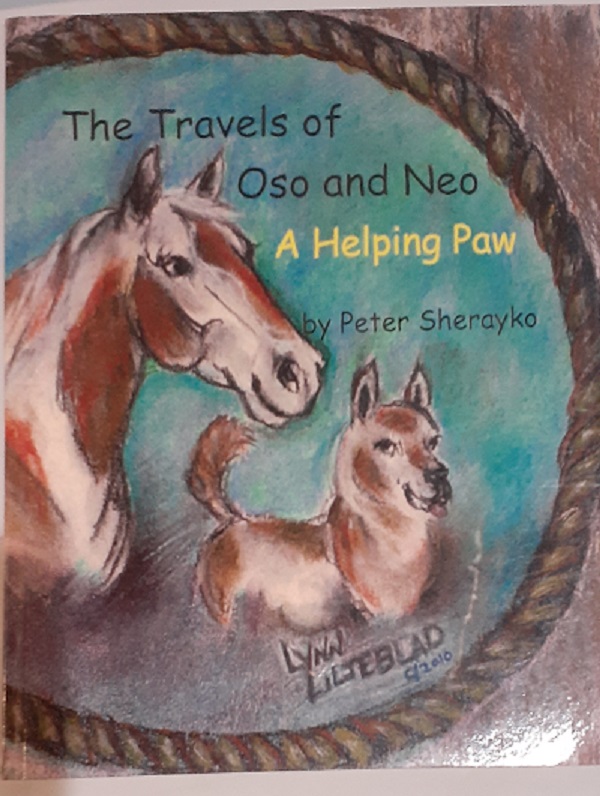 Peter owns a production company named Caravan West Productions and has authored several books including; “Fringe of Hollywood” and a children’s book called “The Travels of Oso and Neo A Helping Paw”.

The film festival boasted a variety of western genre including:  Feature, Short, Comedy, Drama, Sci-Fi etc.  One of the feature films, Prospectors Forgiven was considered the underdog due to minimal budget and the filming occurring for a year on the weekends.  This film was a labor of love and is a feature film by director and writer Paul Bonsignore.

Paul expressed, during our interview, with THT Laura Tanner that he was honored and extremely grateful to be nominated for eight awards for his feature film.  The audio and visuals for this independent movie are technically correct, which is difficult for low-budget feature filmmakers.  Prospectors Forgiven was filmed entirely at a ranch in San Dimas, which belongs to Skeeter Mann and his partner Sue Perry.

In the movie, Skeeter Mann’s character “Charlie X”, an orphan, was bullied and hit in the head with a rock at a young age, which affected his cognitive abilities as an adult which was beautifully portrayed in the film.

In the film Prospector’s Forgiven Patty McCall played the part of “Mrs. McNally”, the prominent lady in town who’s heirlooms are stolen by masked bandits.

Patty met the film’s Director Paul Bonsignore in 2005 when she moved from Oklahoma to California.  According to Patty, Paul is very meticulous, focused, professional, organized, and is easy to work with.  She has worked with Paul on several other projects such as Pawn, a futuristic Sci-Fi film, and other western films.  Patty is also an Author of several books including “Unmasking the Pain Within” a true story of her life, which currently has a script written to become a movie.  She is the founder of P. A. I. N. (Prevent Abuse in Neighborhoods), the producer of the short film Unseen Hands, and music videos “U Can 2” and “Little Boy”.  Her new book, “Cali Okie” is to be released in December.  Patty says, “this book is about a born and raised Okie who moves to California and her experiences of working in Hollywood.”

Frank Painter, who portrays the complex character Jacob in the film Prospectors Forgiven, won the prestigious award for Best Supporting Actor in a Western Film.  In the movie, his character Jacob had made many mistakes and made bad decisions in life but was turning his life around.

Frank was quick to recognize his partner Seza who made and donated the vintage jewelry in the film.  In the film, Seza played the role of “Head Saloon Lady”.  This 1800s western was filmed in the old style which was well received by the audience.

The most notable short film at the festival was Calf Rope, by Dadley Productions.  This film starring Gorman Ruggiero won 10 of the 13 awards it was nominated for including the prestigious Best Actor in a Short Film award.  Calf Rope is about a ex calf-roper and the relationship with his grandson, who was played by ten year old Lucas Barnett.  It is a coming of age family drama that was perfectly portrayed.

Another film to note was Javelina Run, which won the award for Best Female Filmmaker and Best Comedy and three other awards.

We also had the pleasure to interview producer, actor, and writer Paige Smith of Lonesome Tree Productions.  Paige Smith won the award for Festival Director’s Choice for Best Produced Short Film for the film Her Name Was No One.

For more information regarding the award nominees and winners please visit:

From the first time presentation of the Charlie LeSuer Award, to the film viewings and awards, the 2020 Wild Bunch Film Festival was expertly executed by Rock and Brenda Whitehead.  We would like to thank the Whiteheads, Gary Clement, and the City of Wilcox Arizona for the beautiful venue and wonderful hospitality. 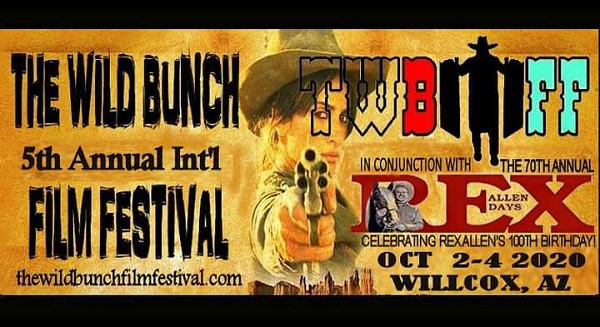 We would also like to thank the City of Wilcox for hosting us during their Annual Rex Allen Days festival where we were able to watch the parade, listen to Rex Allen Jr.’s music, and experience the rodeo festivities. 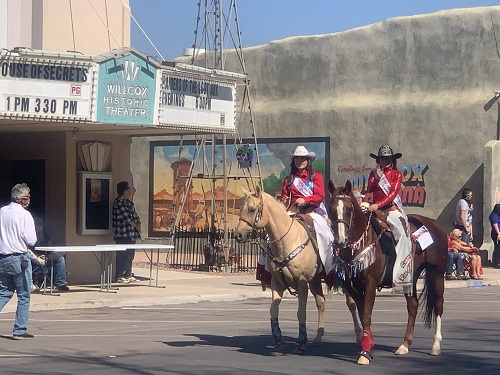