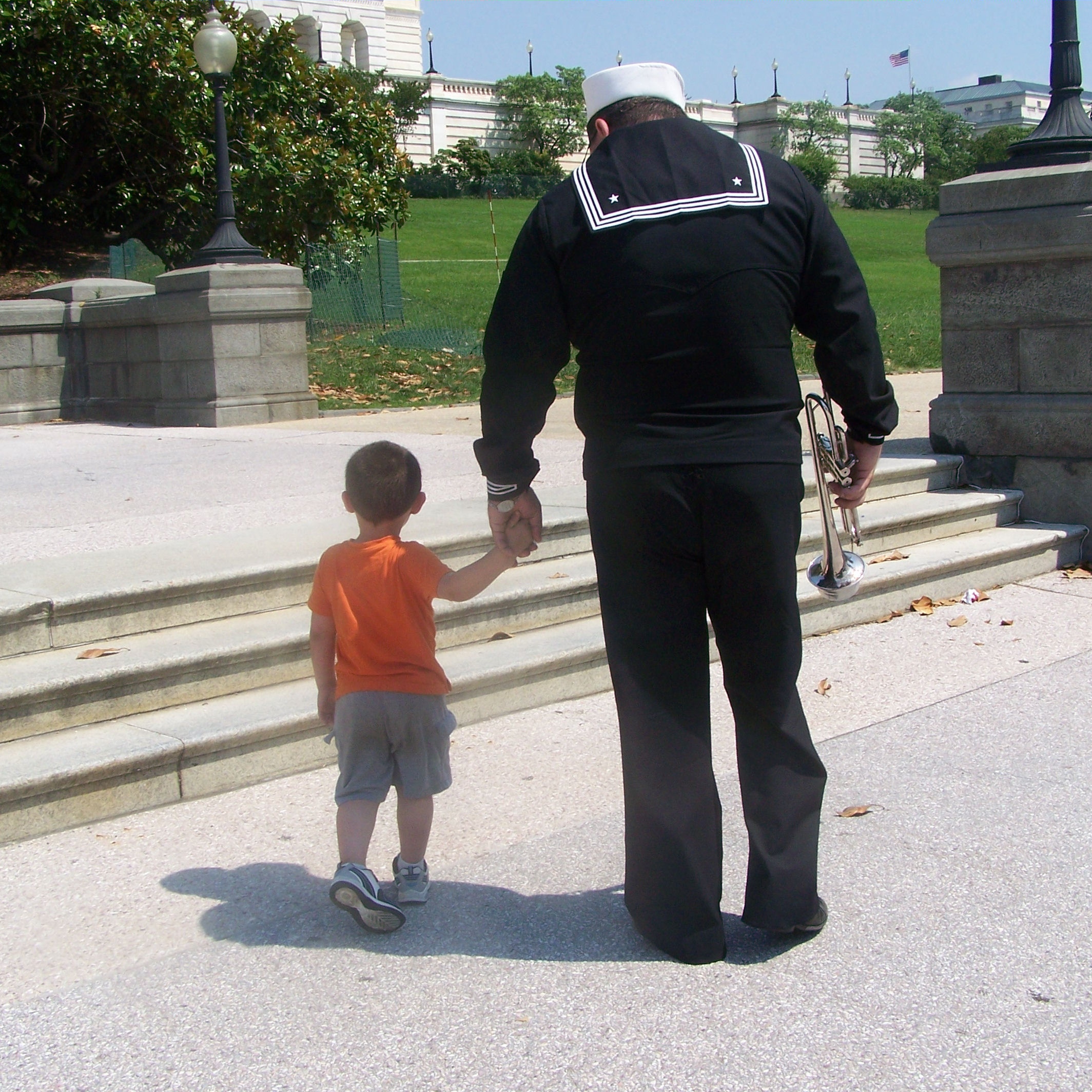 What does Memorial Day Mean to you?

“Every year from 2005, I’ve played TAPS on Memorial Day at the moment in time called: The National Moment of Remembrance precisely at 3:00pm EST. Every year except, this year. Because of COVID 19, we cannot have our ceremony at the local cemetery in Concrete, WA. But…“ 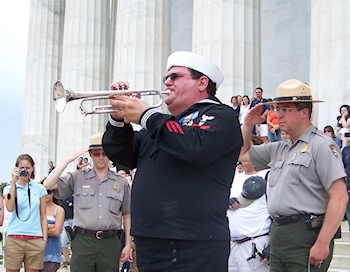 What does Memorial Day mean to me?

My late father, a former US Army Sergeant, died of Lung Cancer in December 1987. He served our country in the Korean War and served with the local VFW Post in Rochester, NY. He carried the American Flag in parades, put flags at the graves of our fallen heroes on Memorial and Veterans Day and was a Boy Scout Leader later in his life as well as being the Council Commissioner and District President in Greece, NY for Troop 197, which he started.  He received the highest award that Scouting can ever give to anyone: The Silver Beaver Award. 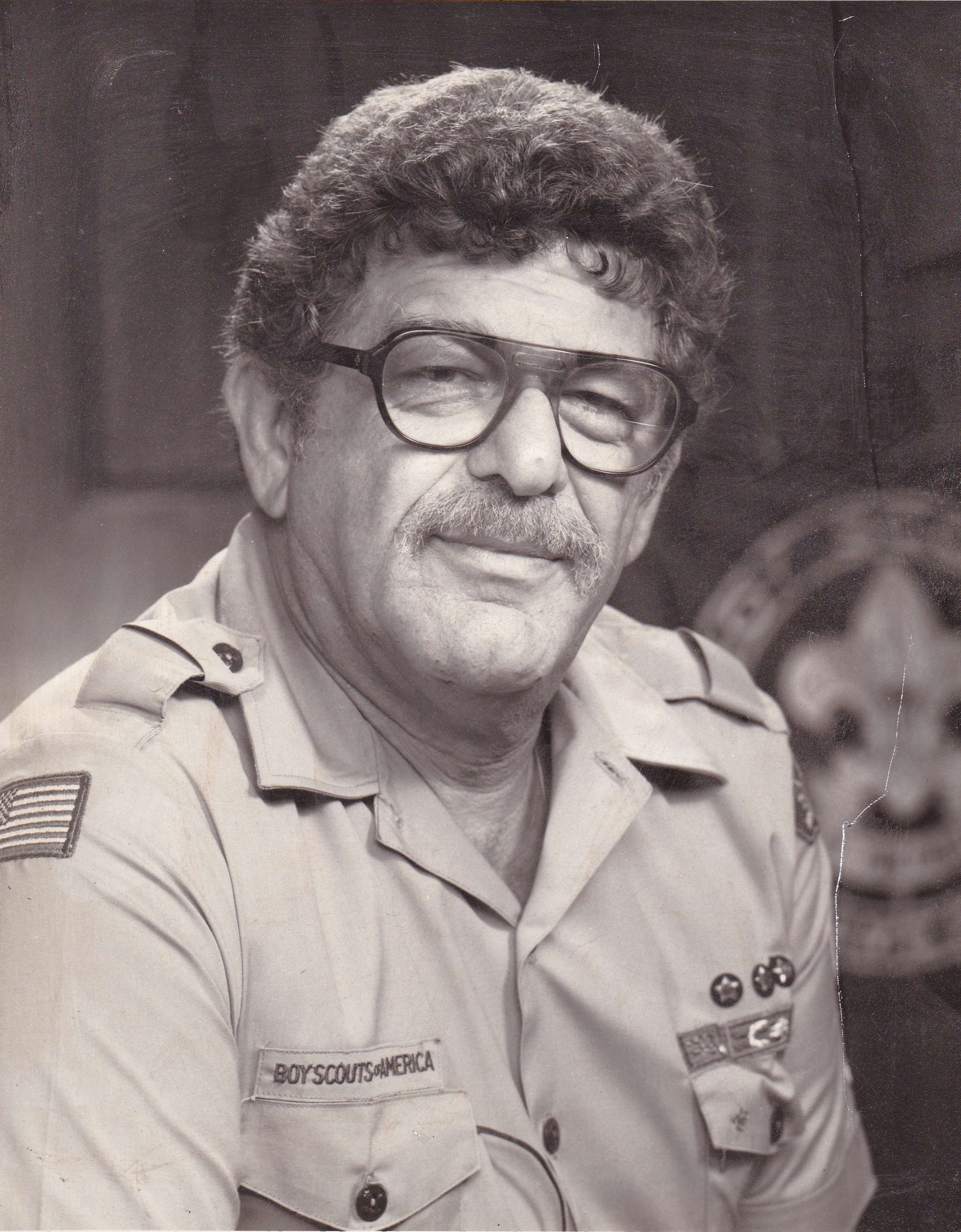 My Late Father, My Hero!

For me, following in my late father’s footsteps, by honoring our fallen and playing TAPS is the way for me to do that.  I joined the US Navy on the delayed entry program on 01 AUG 1980 and left for Boot Camp (San Diego, CA) on 19 MAY 81.  I was entered into the US Navy Band and traveled to Littlecreek Amphibious Base, VA for the Navy School of Music.

From there, I joined the US Navy Band in Guam from 1982 – 1984 under the direction of Masterchief Everett Crouse, USN (ret.). We played on the island, traveled to Truk, Yulithi, Yap, Paulau, Tinian, and Peleilu aboard the USS Pelielu LHA-5.

If you recognize the name of Tinian, you should, it’s where FATMAN and LITTLEBOY were put and loaded onto Enola Gay, which dropped the atomic bombs on Nagasaki and Hiroshima, was named after the pilot’s mother, Enola Gay Tibbets which is on display at the National Air and Space Museum (NASM) at the Udvar-Hazey center at Dulles, VA. 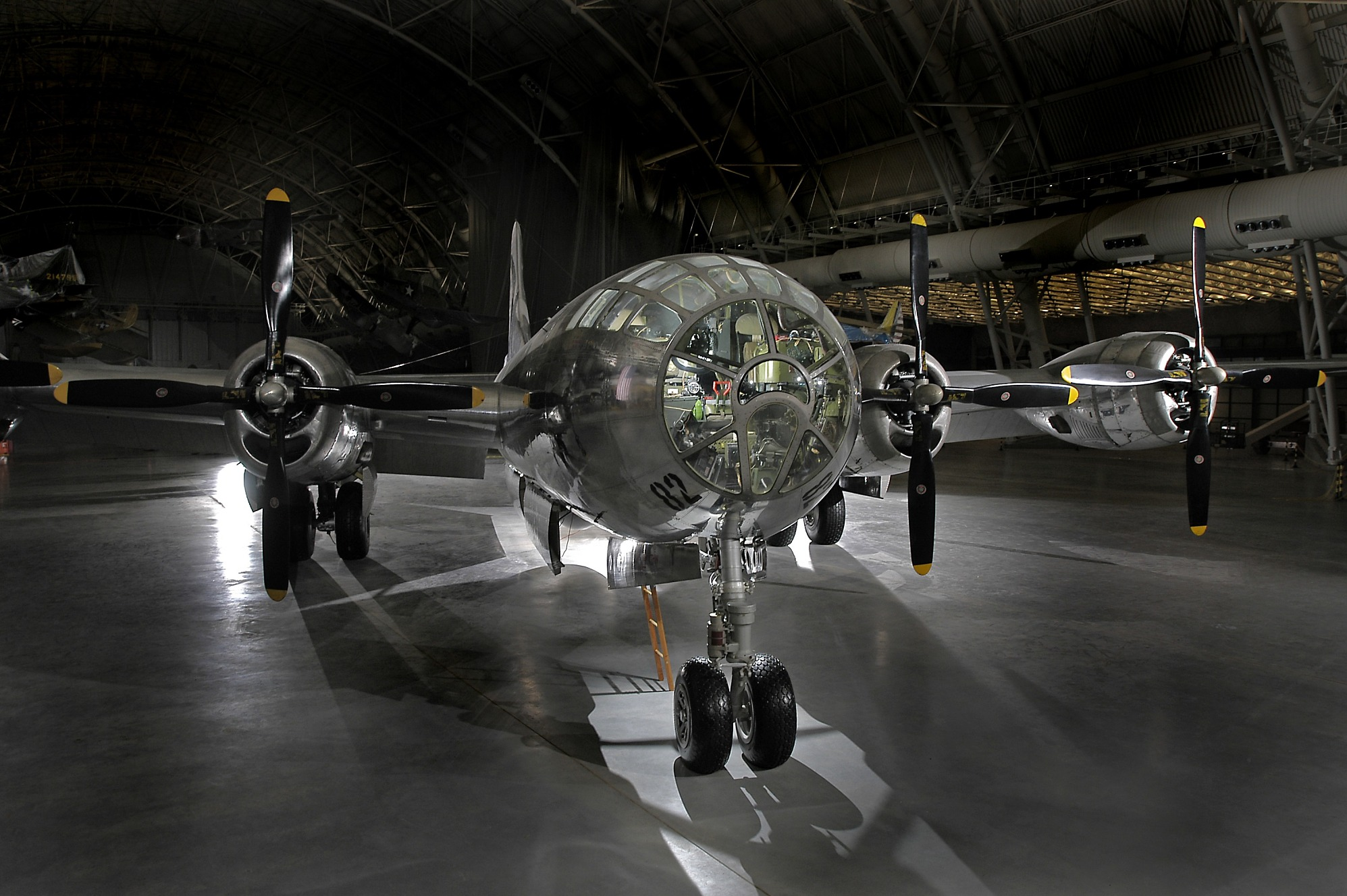 When I went there, it was an eerie sight. Rusted out (live) ordinance lay about, where we didn’t go, of course, the buildings at the pit for the bombs were gutted and all that remained were the opened floors, no walls and covered with foliage. The wind howled quietly through the tanga-tanga, a large wild weed that is out of control on most of the South Pacific Islands.  All that was there over the pits, lined with granite, was a single granite pedestal and a bronze plaque denoting history.

Today, it’s a tourist attraction and the pits are covered in Plexiglas as a monument to history first and only use of the atomic bomb. 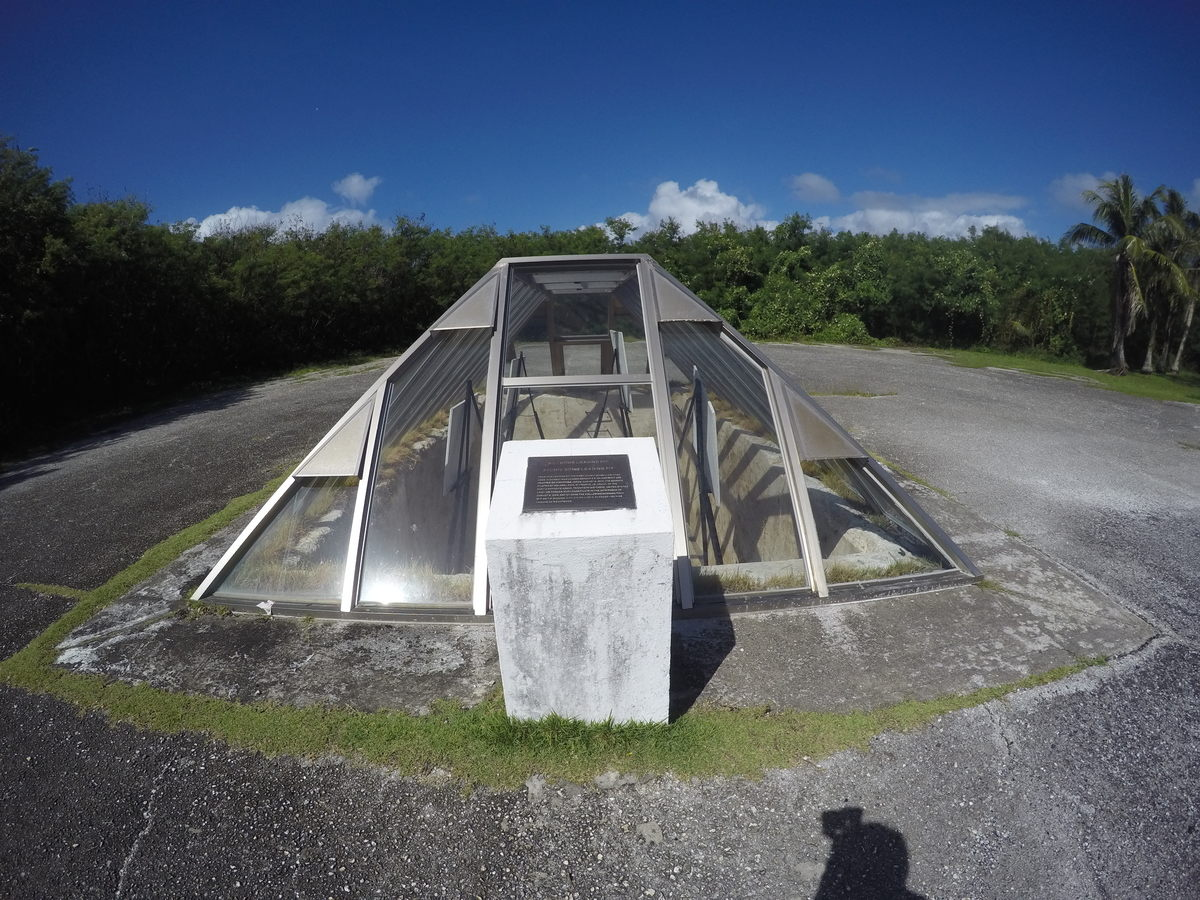 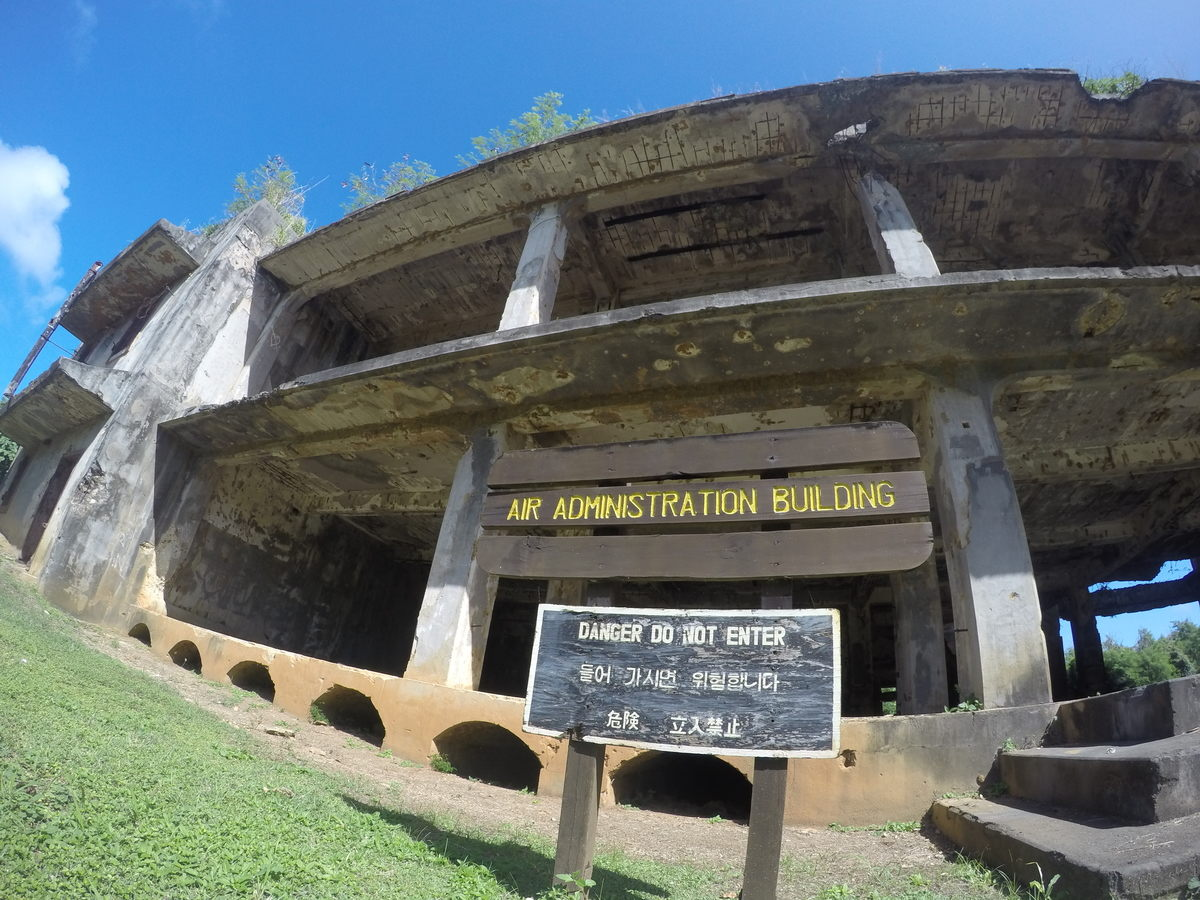 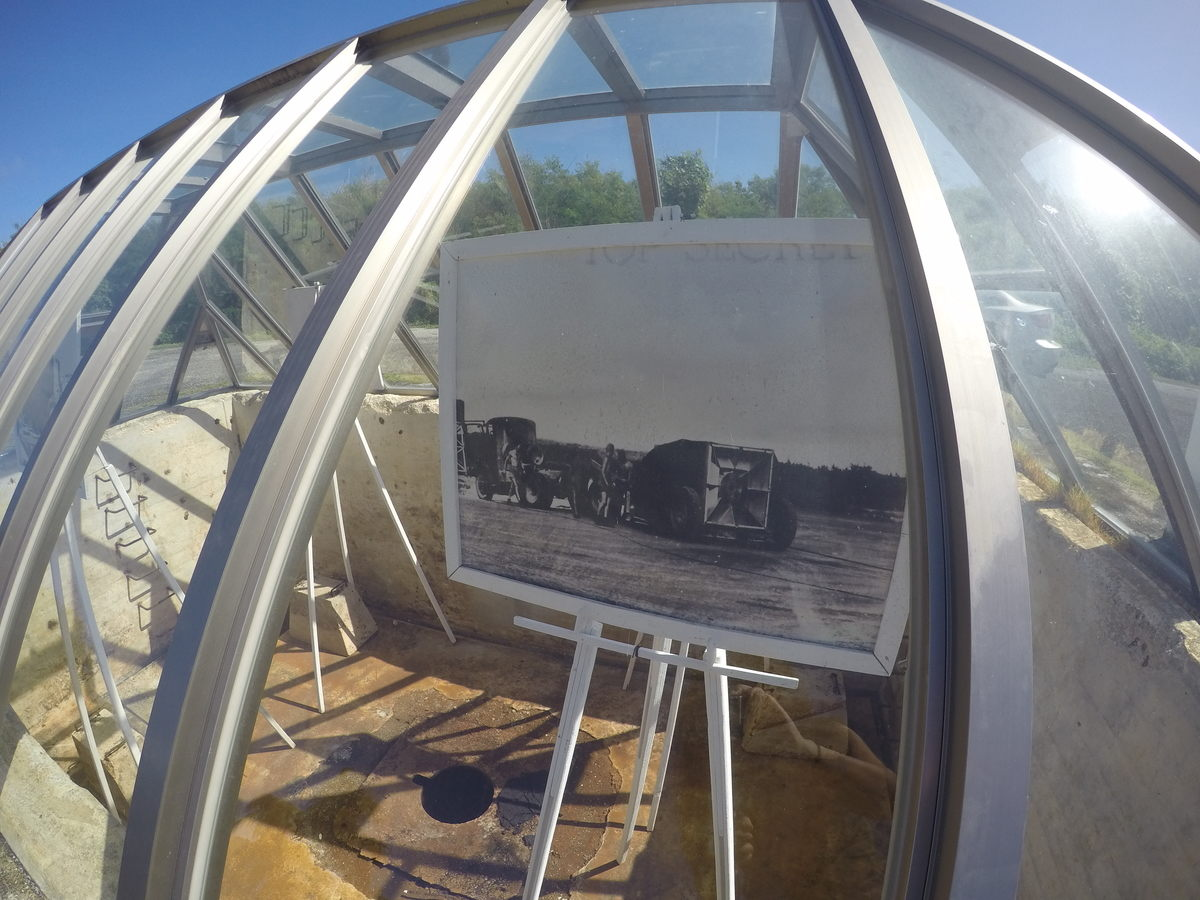 Peleilu is the site of the worst battle of Blood Nose where we lost over 5000 marines.  We played with the Navy Band Guam in a ceremony to the USS Pelielu LHA-5.  What’s weird about this place is, the Japanese made the island to be an exact replica of Manhattan Island in New York City for that was to be their next target “IF” we didn’t drop the bomb on the Japanese. Yes, this is very true. We drove through Broadway and other famous streets in NYC and it was a scary thing to see.  I do not condone what happened to Japan back then but that was the decision the president made. Thousands of people were killed and two cities, annihilated. May we NEVER do that again. EVER! 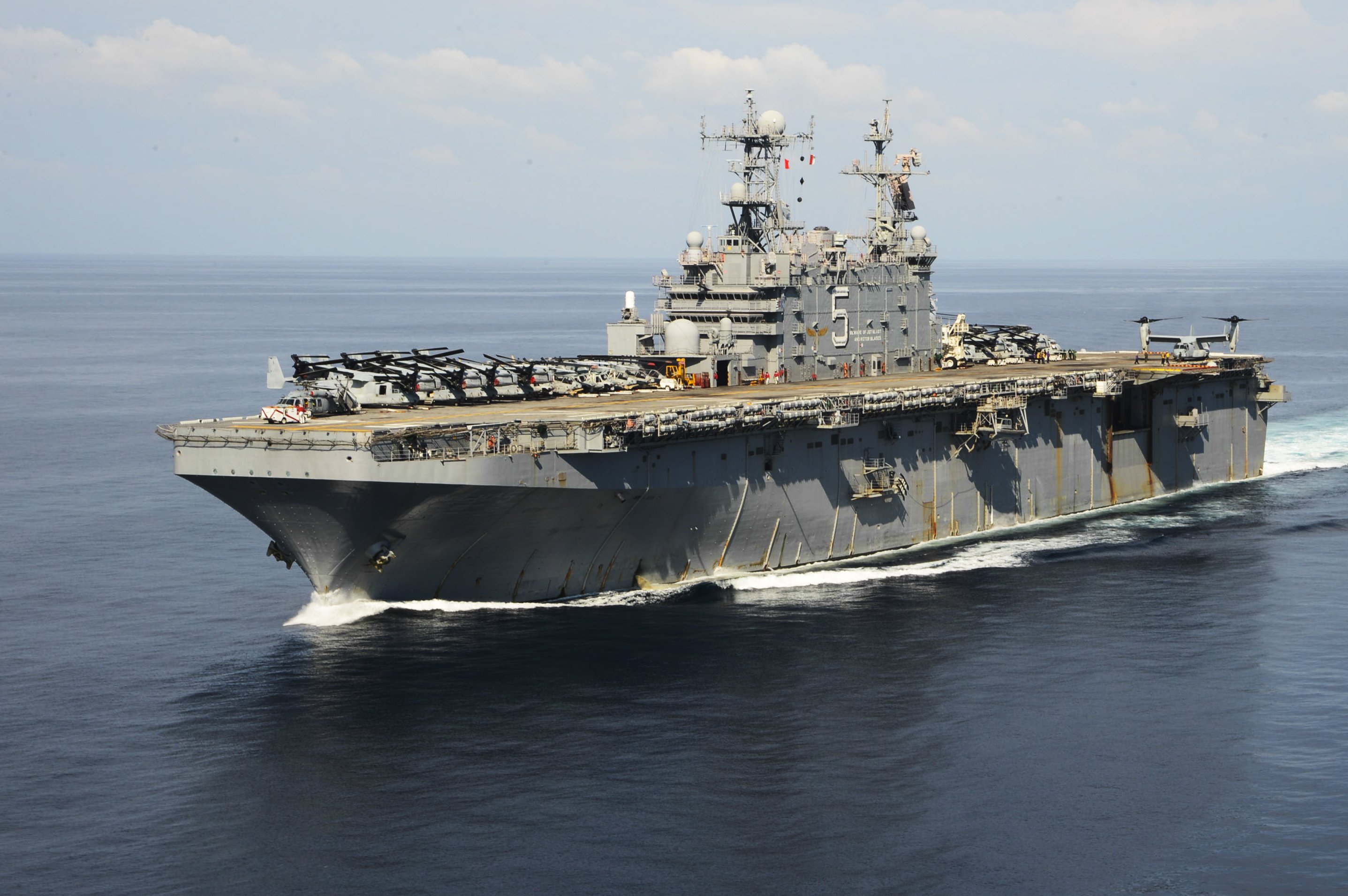 Later, I went to A-School at Lowry AFB, Denver, CO and Construction Drafting at the Defense Systems Management College at Ft. Belvoir, VA.

After that, I joined the USS Yellowstone AD-41, from 1985 – 1987. I worked in the Print Shop and became a Masterhelmsman. I was instrumental in piloting the ship out of Rota, Spain in February 1986, during the winter, across the GREAT ARC through the North Atlantic with 25 seas rocking the 641’10” ship with a 90′ draft up and out of the water and shuttering down back into the sea with the waves crashing over the bow of this thirteen story tall ship with 4 cranes, from keel to the top of the mast.  I massive ship with a crew of 1250 mixed gender (male/female), officers and crew. 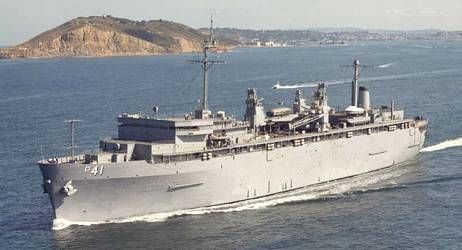 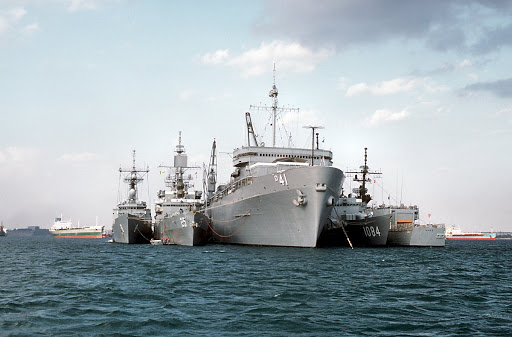 USS Yellowstone AD-41 with ships along side

A little history of “Old Faithful.”  The third USS Yellowstone (AD-41) was the lead ship of the Yellowstone class of destroyer tenders in the United States Navy. These ships are also considered as flight II of the Samuel Gompers class of tenders built in the 1960s. The other ships in the class were: Acadia (AD-42), Cape Cod (AD-43) and Shenandoah (AD-44).

After that, I served the remaining time at the Pentagon US Navy Command Center, D-Ring 4th floor which, was destroyed on 9-11-2001.  I worked with developing the morning OP/INTEL briefings for SECNAV, SECDEF and the CNO.  During that period of time, I was instrumental in developing the digital weather maps for the Navy briefings because WEATHER, believe it or not, has an vital role in the defense of our country.

The second thing that was totally bizarre was that I was told, along with our our Drafting Shop personnel, to develop a briefing entirely in RUSSIAN with a Cyrillic Font to be given to then Soviet Admiral Konstantin Valentinovich Makarov (died August 3, 2011) and 40 of his contingent of Soviet Admirals and Captains from their Navy. Seeing them walk right into our Navy Command Center where we track not only our ships and subs but theirs, was completely bizarre.  But, in the interest of Detente, they came as guest of the Chief of Naval Operations and Secretary of the Navy and Defense. 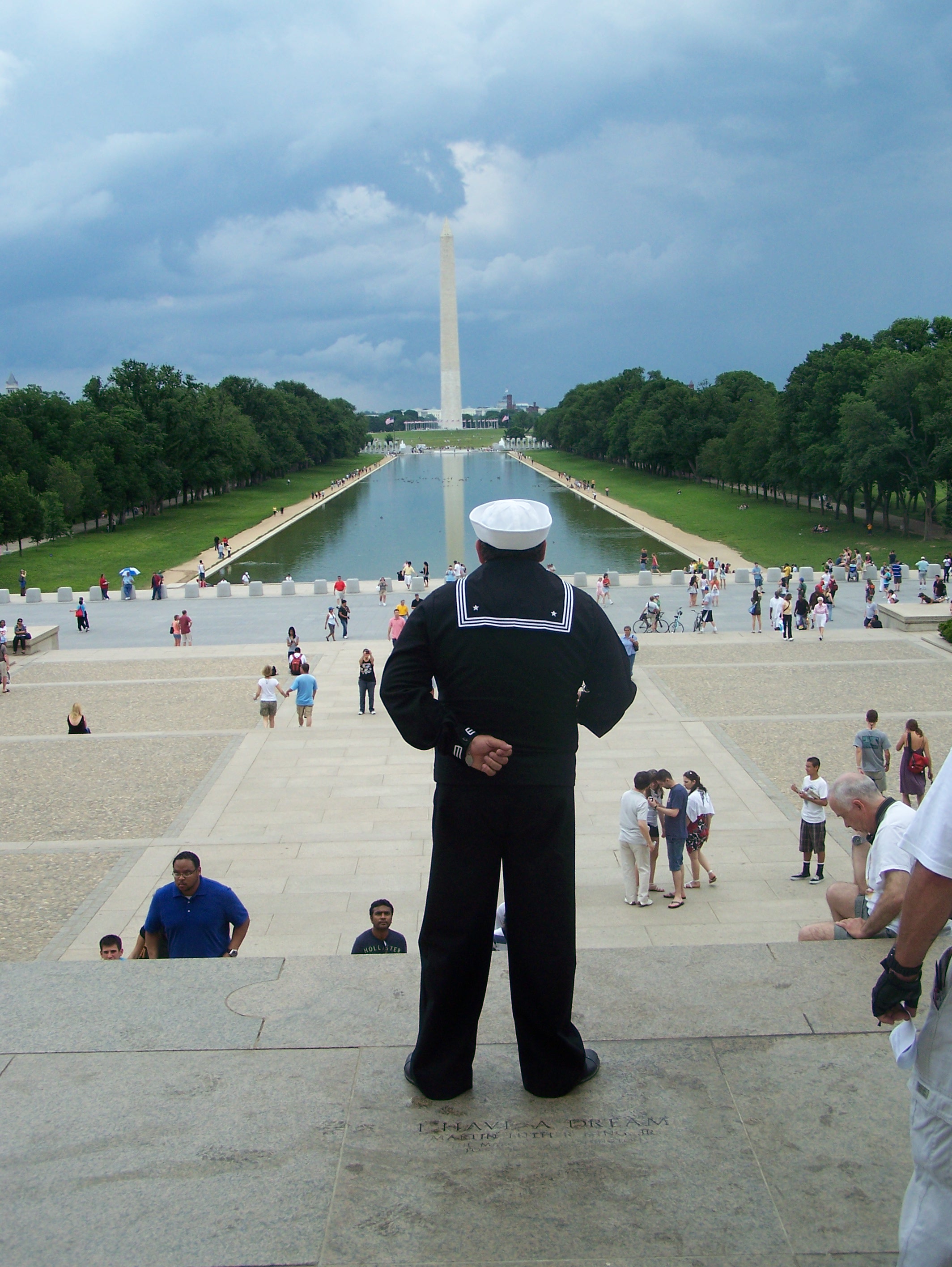 I started playing TAPs at the Lincoln Memorial in 2005 and continued until I left Maryland for Tennessee in 2011.  I played TAPS at the WWII Memorial and then at the US Capital. It was SO HOT that day that we got to walk through the Capital down the steps the President-Elect walks when they are sworn in. That was so cool.

So, after all that, that’s what Memorial Day means to me. I joined Bugles Across America and we are group of Volunteer bugler’s that perform LIVE TAPS for our fallen heroes.

I play to honor those that have fallen,
I play to give for those crawled through it all,
I play to remember my fellow countrymen,

I play to know who they were,
I play to remember why they fought,
I play to give what I can for them,
I play to speak through the brass on my lips,

I play the sound that lasts for only a minute,
I play that knowing, they will never be forgotten,
I play to solidify their place in history,
I play with the knowledge, that I will be like them, 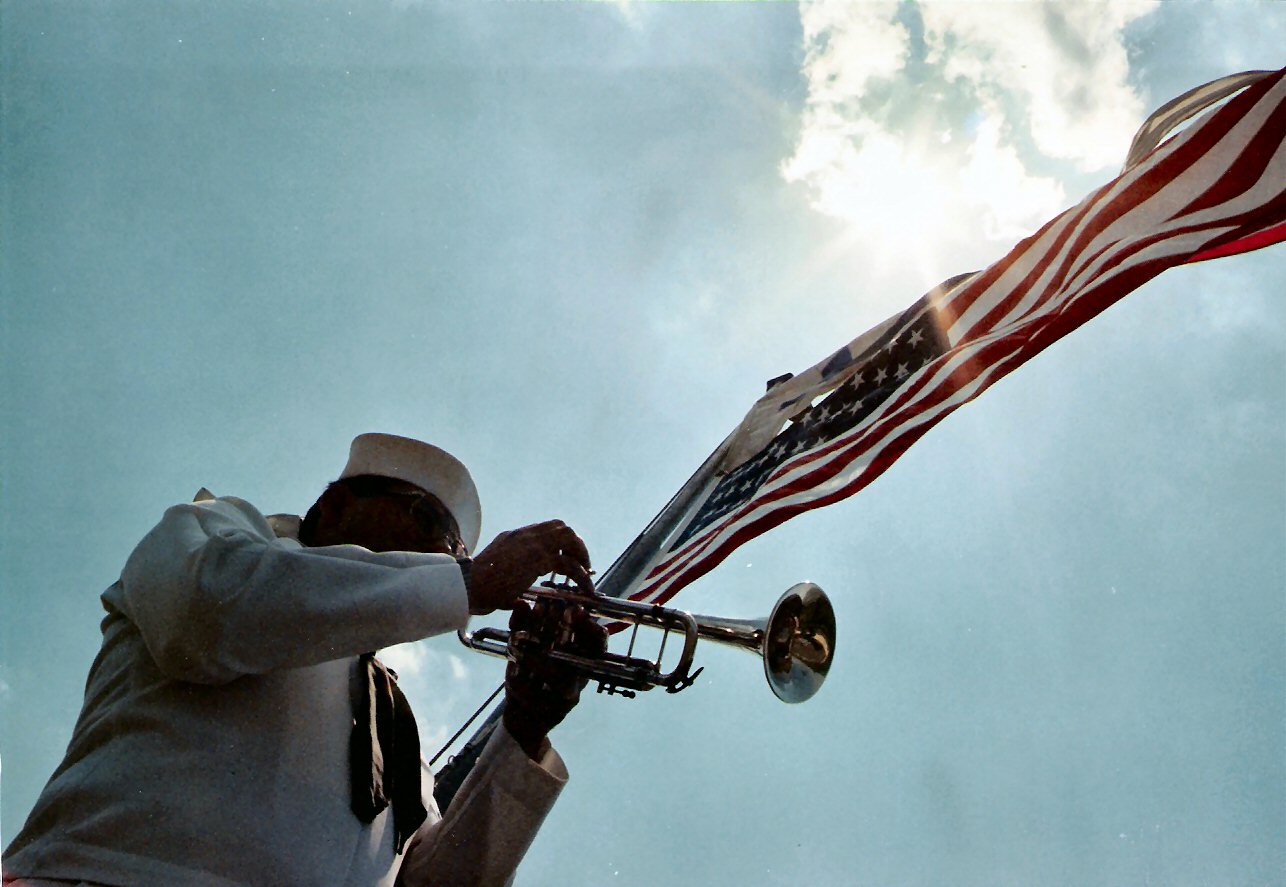