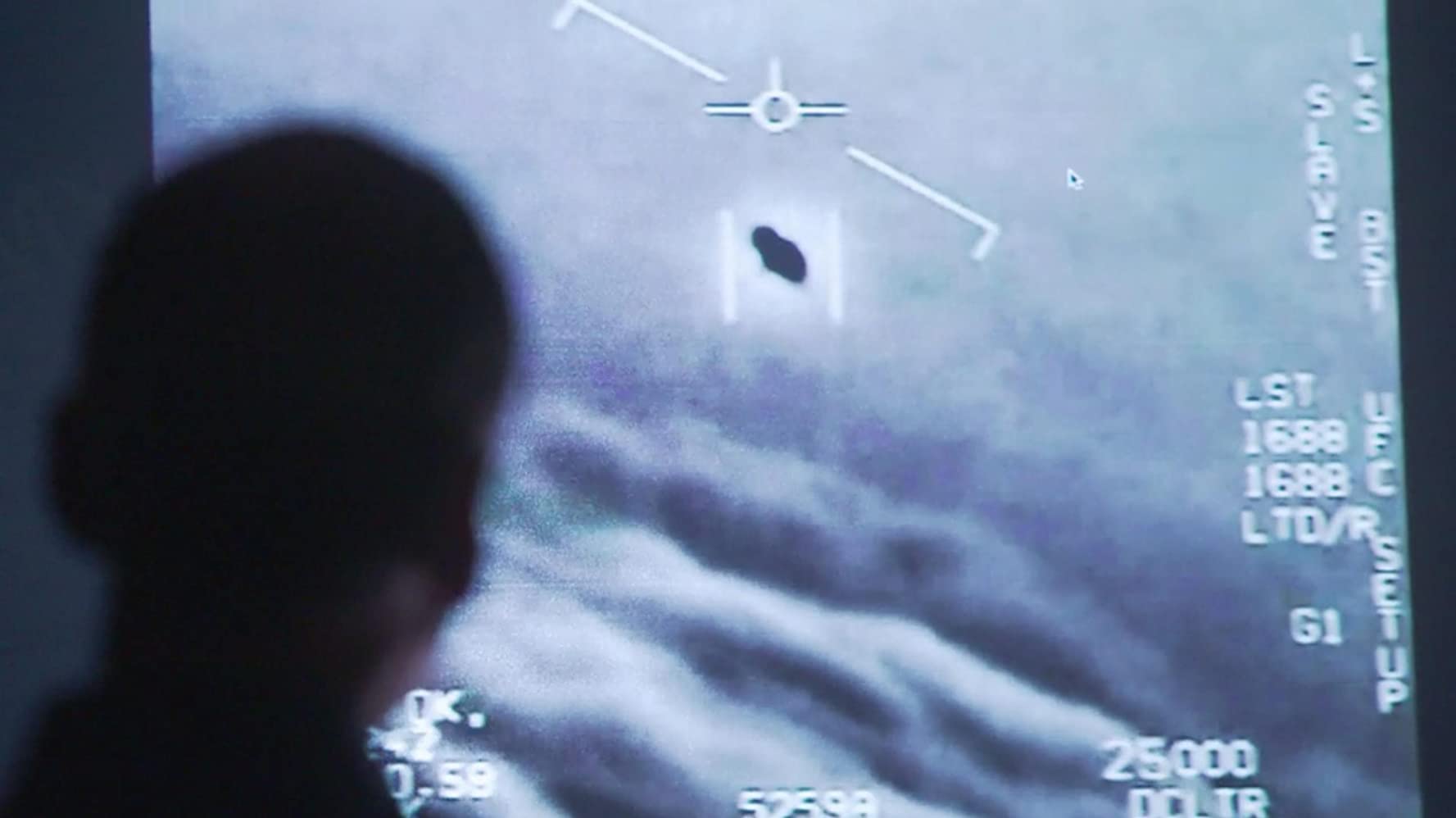 An expose on the U.S. government’s secret program to investigate the UFO phenomenon.

“I have experience seeing a UFO on 9-11. Have you ever seen something you cannot explain or identify? Are you afraid of coming forward? You are not alone.  Watch History’s: Unidentified Saturday’s at 10PM”

After reaching 19.1 million people during its premiere season, HISTORY’s groundbreaking series “Unidentified: Inside America’s UFO Investigation” returns for season two on Saturday, July 11th at 10/9c. In response to a call-to-action shared at the end of each episode last season, thousands of emails were sent in by viewers and military witnesses with personal stories and anecdotes of sightings of unexplained craft.

In season two, each episode will center around a specific case or aspect of the modern UAP phenomenon and follow the credible team of connected investigators including former military intelligence official and Special Agent In-Charge, Luis Elizondo, and former Deputy Assistant Secretary of Defense and Intelligence, Chris Mellon, as they continue to divulge what the U.S. government (and other governments) know about these bizarre craft, hear additional firsthand eyewitness accounts of UAP sightings from military and civilian personnel, and share additional fact-based insight and information about these craft in an effort to produce tangible evidence and build the most indisputable case for the existence and threat of UAP ever assembled.

Tom DeLonge is the co-founder, President and interim CEO of To The Stars Academy of Arts & Science. Since 2011 he has served as the president and creative force behind To The Stars Inc., a vertically integrated entertainment and media company where he develops and distributes award-winning intellectual properties and merchandise that can be attributed to his two decades of experience as an IP creative and entrepreneur. Under To The Stars, he has released multiple critically acclaimed multimedia franchises, including his first science fiction feature film and double album Love, which sold out in theatres across the US and won various awards while touring the international festival circuit in 2011.

Luis Elizondo is a career intelligence officer whose experience includes working with the U.S. Army, the Department of Defense, the National Counterintelligence Executive, and the Director of National Intelligence. As a former Special Agent In-Charge, Elizondo conducted and supervised highly sensitive espionage and terrorism investigations around the world. As an intelligence Case Officer, he ran clandestine source operations throughout Latin America and the Middle East. Most recently, Elizondo managed the security for certain sensitive portfolios for the US Government as the Director for the National Programs Special Management Staff. For nearly the last decade, Elizondo also ran a sensitive aerospace threat identification program focusing on unidentified aerial technologies. Elizondo’s academic background includes Microbiology, Immunology and Parasitology, with research experience in tropical diseases. Elizondo is also an inventor who holds several patents.

Christopher Mellon is a private equity investor and political commentator residing in rural Western Pennsylvania.  He served 20 years in the federal government, including as the Deputy Assistant Secretary of Defense for Intelligence in the Clinton and Bush Administrations. In addition, he worked over a decade in the US Senate staffing members of the Senate Armed Services and Intelligence Committees. During that time he became the Minority Staff Director of the Senate Select. Committee on Intelligence. He is the author of numerous articles on politics and national security, and the recipient of multiple awards from the Department of Defense and agencies of the US Intelligence Community. He currently also serves as the National Security Affairs Advisor at To The Stars Academy of Arts & Science.

Have you ever experienced things that you cannot believe? I have. It was on 9-11, as a matter of fact. I was working at the National Science Foundation when the planes hit the twin towers. The NSF is located in Ballston, VA.  Normally, it took me nearly 2 hours to drive from Laurel, MD, Howard County, where I lived, to Ballston. I was working through Sybase (an SAP company now) as a senior software engineer.  We gathered in the conference room and we were shocked, as we all were nationwide.  We had to evacuate, as we were in a tall building, about 20 floors, and drive home. 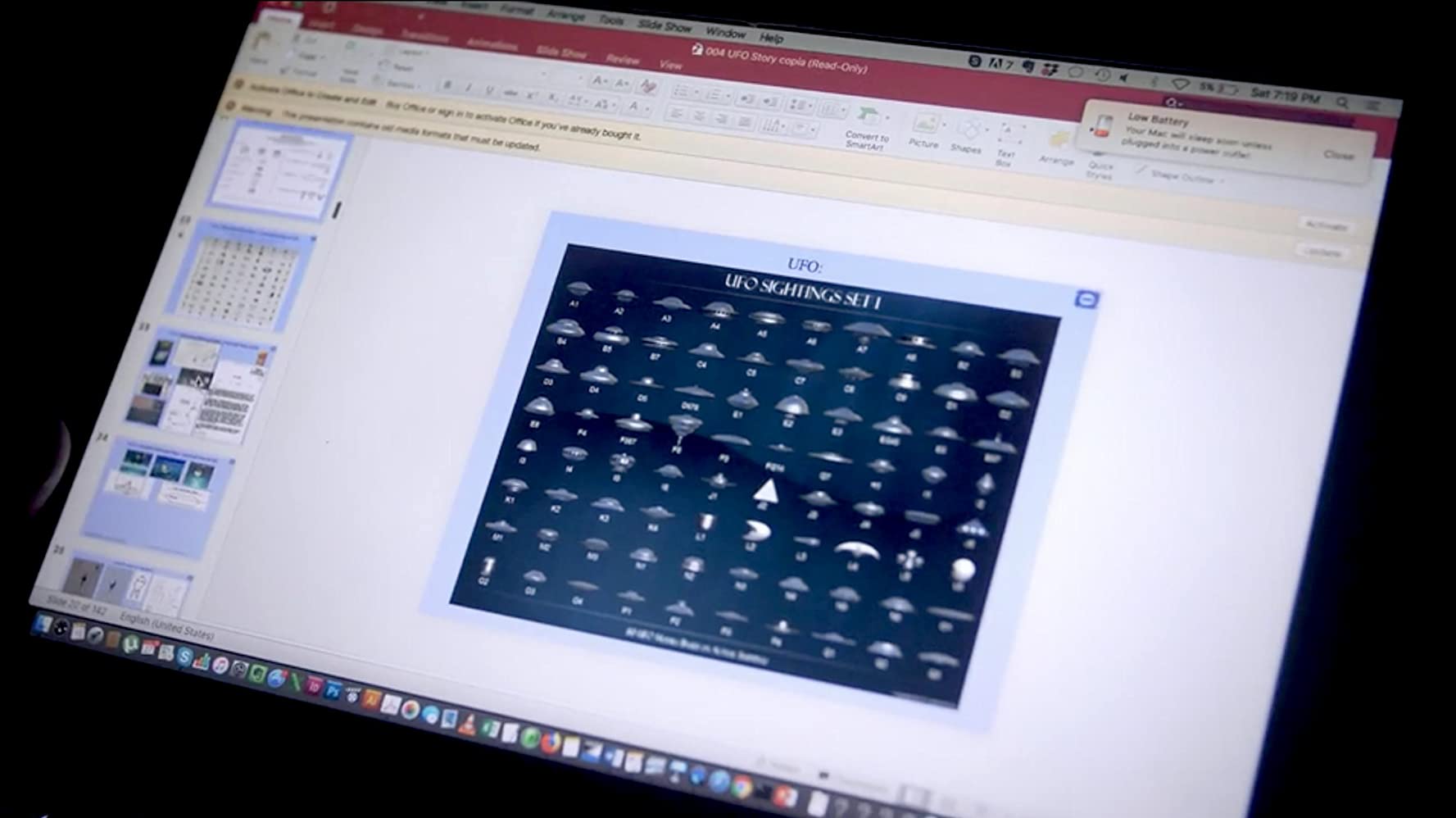 Unfortunately, we could not drive through Washington, DC as I have done dozens of times. I had to drive out to Manassas, VA, nearly 30 miles away, south on the Fairfax Connector into Fredericksburg, VA and back up I-95 to the eastern beltway, I-495, and back up into Howard County.  That trip, from 1030 AM took almost 8 hours.  Yes! 8 hours!  When I got home, my wife and I sat on our deck and listened to… nothing. No airplanes, the birds weren’t even chirping or flying. 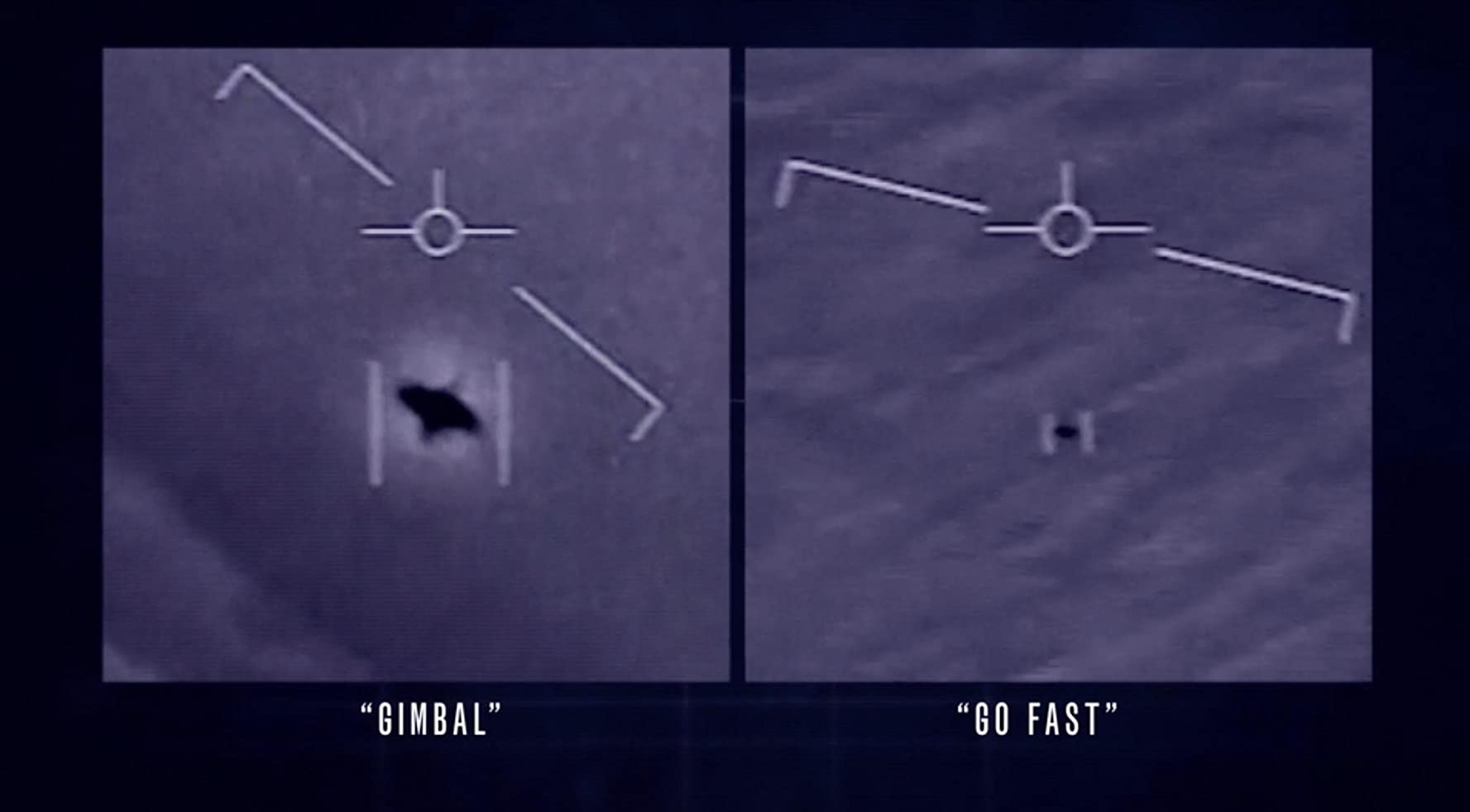 Then we looked up into the partly cloudy sky and what we saw was weird.  A cigar shaped; black object was hovering way up in the sky. I’d guess about 20,000 feet.  You can see planes upwards of 35,000 feet but barely white specs in the sky with the contrail. My second wife and I stared. We watched it. It moved right, left, and moved like lighting to right (due east) as our home’s back yard faced north.  We didn’t understand this. That was something that totally floored us.  It was my first experience with seeing, what I believed, was a UFO.  Why was it there?  What was it and why on that particular day? 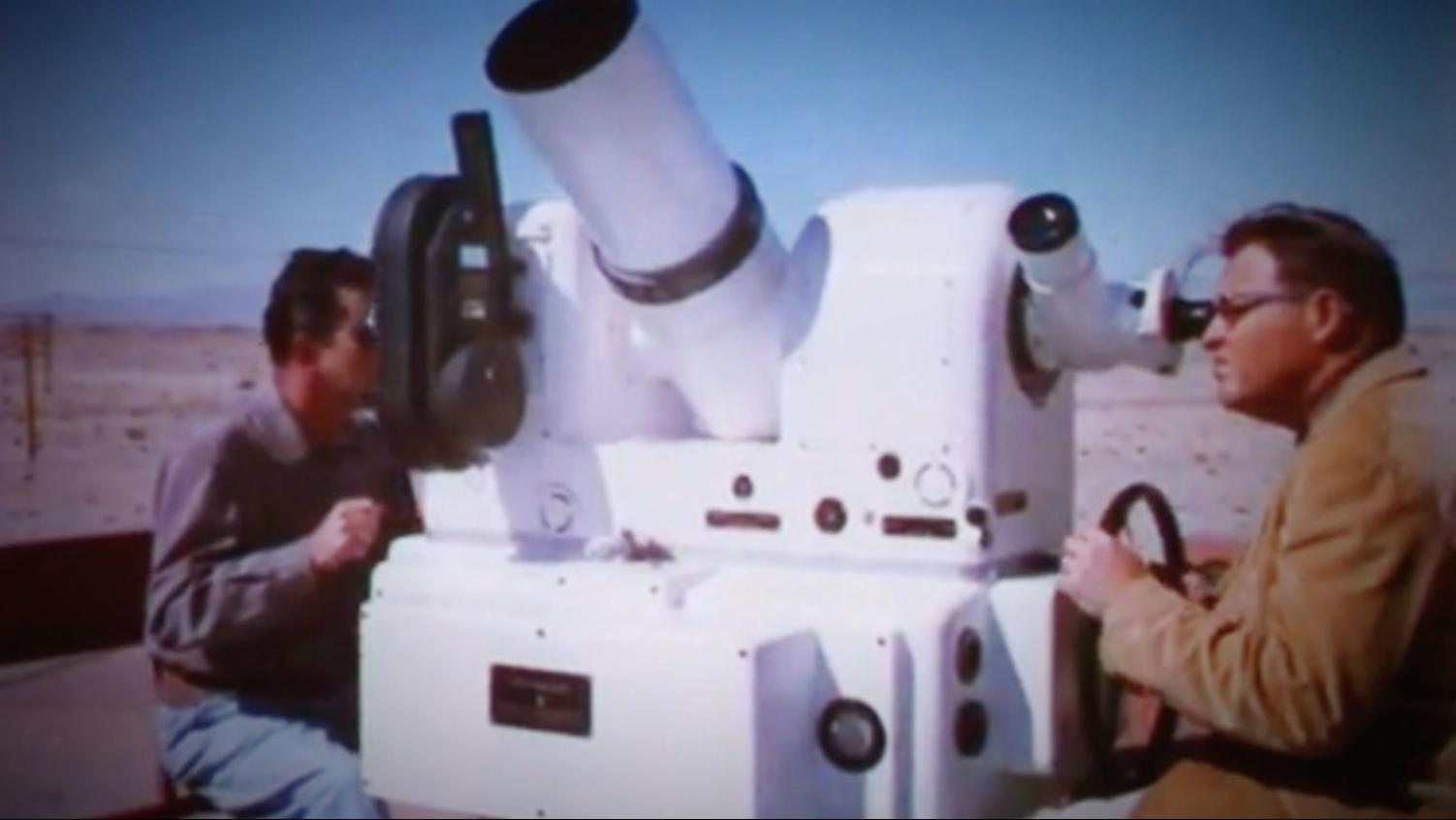 I experienced something else while in the US Navy, but it fits more into the UneXplained than Unidentified. I was on the USS Yellowstone AD-41 (www.ussyellowstone.org which I built and needs updating) and we were traversing from Norfolk, VA to Mayport, FL. We were on our last leg and I was at the helm. I was a master helmsman as well as one of the Draftsman/Illustrators in the Print Shop.  We passed into the Bermuda Triangle (credit History Channel) and the ship just stopped!  For 2 hours we floated. Engines and all power gone!  The compass and gyros spun wildly. We bobbed and floated. Then just as mysteriously as it stopped, the power came back on, the compass and gyros stopped spinning suddenly and locked back into their position.

The teletype started and the Navy Command Center, where I worked from 1989 – 1990, radioed us and asked where we were. They lost all contact with us and our position was 2 miles from where they lost us.  We regained control of the ship and sailed into Mayport without further issue.  Like I said, it was more of UneXplained then Unidentified.  But suffice it to say, I have experienced things that I cannot explain but that UFO on 9-11 was definitely, Unidentified.  Tune into History and watch, Unidentified and if you’ve ever experienced seeing something you cannot identify, then you are not alone.