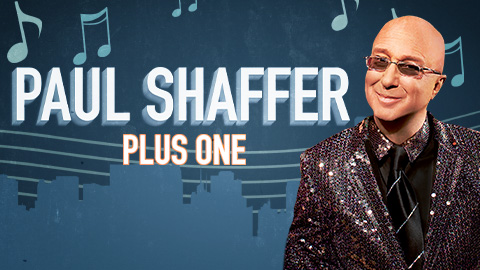 WATCH: MUSIC ICON GRAHAM NASH EXPLAINS THE INSPIRATION BEHIND HIS TIMELESS CLASSIC ‘TEACH YOUR CHILDREN’ ON PAUL SHAFFER PLUS ONE, AIRING SUNDAY, SEPTEMBER 22 AT 8PE

GRAMMY-winning entertainer Paul Shaffer brings his popular radio show to AXS TV, as he sits down with an all-star roster of music icons to discuss their legendary legacies and jam on their most enduring hits in the all-new original series Paul Shaffer Plus One—premiering new episodes Sundays at 8pE/5pP. 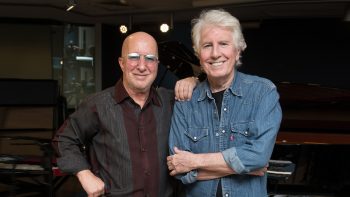 This week, Shaffer sits down with music icon  Graham Nash (Hollies; Crosby Stills, Nash & Young), who, among many subjects, shares his inspiration behind writing the timeless classic “Teach Your Children” in this first look clip.

Said Nash, “I started this song ‘Teach Your Children’ when I was in the Hollies. I hadn’t finished it. I couldn’t quite finish it for some reason… I bought a photograph of this woman Diane Arbus, and she had done a picture of a young boy in Central Park with a hand grenade. But the gallery owner had put it next to a photograph of Krupp, who was the German arms manufacturer that provided all the arms for both world wars. And these two pictures together made me realized that if we didn’t teach our kids a better way of dealing with ourselves, we were in trouble here. And then I was able to finish the song “Teach Your Children.”

Paul Shaffer Plus One airs every Sunday at 8pE/5pP, only on AXS TV.