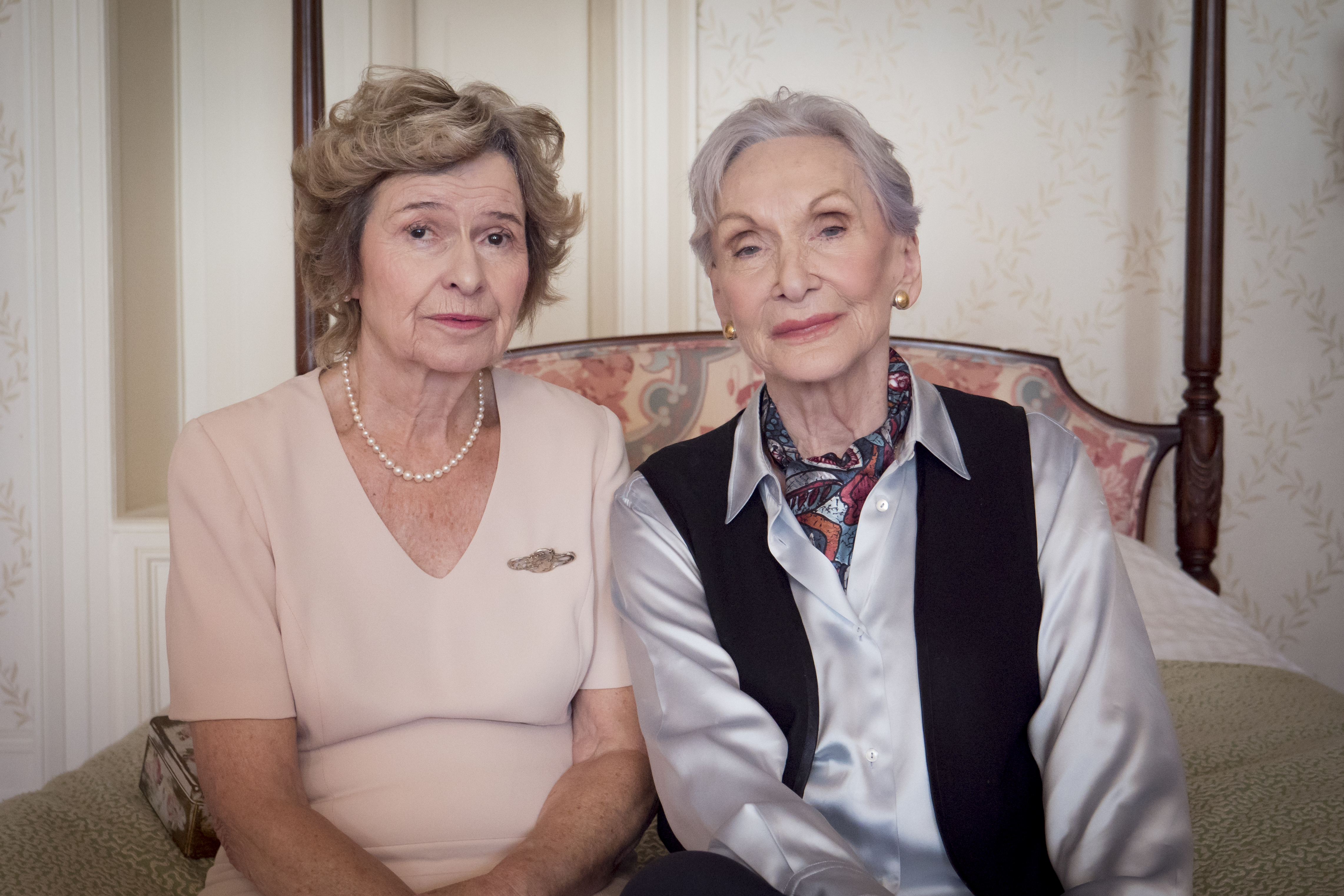 Time & Again is a heart-wrenching and heart-lifting tale of two young women separated by society, being given an unexpected chance to make peace in the winter of their lives. Time & Again has been accepted into over 40 festivals and won 10 awards, including the The Audience Award for Best Narrative Short at OUTFEST, Hollywood. Whilst continuing to make films, Rachel Dax now works as a University Lecturer teaching Film, Creative Writing and Philosophy. She is also a successful author of LGBTQ fiction.

I was born in 1972 and grew up in Birmingham (UK). In 1990, I moved to London where I obtained a BA (Hons) Philosophy & Theology from the University of London. After two years working in retail, I trained as a Religious Education Teacher and during my first few years of teaching, I also gained an MA in Philosophy & Religion. After a while, I became restless and in 1999 moved to Cardiff, where I began pursuing a career in Drama by attending an array of performance-based courses and doing TV and Film walk on/acting roles. During this time, I started running after-school Drama classes in addition to teaching Religious Studies and Philosophy (and eventually Theatre Studies) in Further Education colleges. In 2008, I obtained a 1st Class BA (Hons) in Drama (Theatre & Media) from the University of Glamorgan. As part of this degree, as well as acting in and directing countless theatre productions, I learned scriptwriting and made my first four films: Dog Shit (2005), Ghost Hunt & Sceptics (2006), Crush (2007) and Heart (2008). I then went on to do a part-time MA in Film at The International Film School Of Wales, The University of Wales. During this MA, I honed my filmmaking skills and directed HelterSkelter (2009), co-wrote and co-directed The Gatekeeper (2010) and wrote, produced and directed my final film Caravan Sight (2011). I set up DaxiTales Ltd in 2011. Films made under the DaxiTales umbrella are:  Planet Love (2012) written, produced & directed by Rachel Dax The Body (2014) produced by Rachel Dax, written & directed by Craig Fisher, Sweet Sixteen (2015) produced by Rachel Dax, written & directed by Craig Fisher, A Delicate Love (2016) written, produced & directed by Rachel Dax Angelystor (2016) produced by Rachel Dax, written & directed by Craig Fisher. Time & Again (2019) written & directed by Rachel Dax. Produced by Rachel Dax, Amorette Darby, Lisa Davies & David Ball. Starring Dame Siân Phillips and Brigit Forsyth.

When did you discover your love for cinema?

I have always loved film more than any other artistic medium. When I was a child, a trip to the cinema was the most exciting outing of all. I also devoured old black and white and early color films. In the 1970s and 1980s lots of Hollywood Classics from the 1920s, 30s, 40s and the 50s were shown on BBC2 at weekends and I have countless fond memories of sitting watching them with my mother. I grew up in a working-class family and the idea of becoming a filmmaker wasn’t something that was even mentioned as a possibility. And back when I applied for University, ‘Film Studies’ courses were still very much derided as ‘not real degrees’ and to be avoided. So although I watched films of every kind, it did not even occur to me that I might one day make a film myself until I started doing acting courses in my late 20s and in fact, I did not pick up a film camera until the age of 33 when I started my BA in Drama (Theatre & Media).

You are in your 10th short film. Can you share some of the challenges you’ve encountered during your journey?

The main challenge I’ve experienced as a filmmaker is raising the finance to make each film.There are very few grants out there available for filmmakers and those that do exist have hundreds, sometimes thousands of applicants. So the competition is fierce. All my films have been either self-financed or crowdfunded as a consequence.

What is your vision for filmmaking?

I am a very much a plot and character focussed filmmaker. I love beautiful cinematography but for me, the key question is Does the story and do the characters draw people in to the point that they cannot think of or look at anything else? I am very much an ‘actor’s director’ for that very reason. Tell us about your award-winning film, “Time and Again”. When and where will the film be available?

Time & Again has been a wonderful project and continues to fascinate, entertain and move audiences across the world. In the UK, it will have its TV premiere on BBC2 Wales on Saturday 29th February 2020 and then go on to BBC iPlayer website for our worldwide audience. Worldwide it will continue to play at festivals and there are several more coming up. You can check if Time & Again is screening near you by visiting

What inspired you to write “Time and Again”?

I really wanted to make a film where older lesbian protagonists still had some agency and still made positive decisions in the present. It was really important to me that I showed that older women have sexuality and just because one is older it does not mean being in love and love-making cannot still be a possibility.

I have always been inspired by strong and talented women of all kinds. As a child watching those old Hollywood Classics with my mother, I absolutely adored Doris Day. As a teenager, I became a huge fan of Madonna and I still think she is the most influential role model I have – even though I’ve never met her. I love that she has always found a way to reinvent herself and experiment with new ideas and new artistic mediums. And even when some things have not worked out as well as she might have hoped, she has kept going. More recently through making Time & Again the most inspirational women, I have come to know (and am now honoured to call friends) are my leading ladies Dame Sian Phillips and Brigit Forsyth. Both these women are remarkably talented and brilliant in every way. They live and breathe acting and have no intention of ever stopping. They keep fit, eat healthily and give their all to their craft. I have never met two women with such drive and determination. They are busier than I am! I am very much hoping to make my first feature film in 2020. Due to popular demand, I have written a feature sequel to Time & Again called Again, After Time and I would absolutely love to make this – as now it is ready it is all I think about! I also have two other feature films I am developing. One which is set in space and the other a coming of age rock band drama.