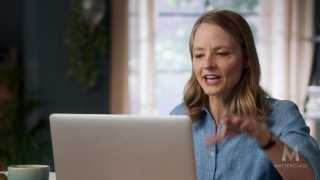 Los Angeles, CA (The Hollywood Times) 1/21/2019–“Jodie’s remarkable career spanning more than five decades, and her non-traditional path to filmmaking, has made her one of the most admired directors in Hollywood,” said David Rogier, co-founder and CEO of MasterClass.

Aspiring filmmakers, directors, screenwriters, and actors have the chance to learn filmmaking from one of the most well known actor-directors in Hollywood, Jodie Foster. She is currently offering a filmmaking class, which began on January 18th; it is her first ever online class exclusively through MasterClass the online education company.

Foster is well qualified to teach those looking to enter the “wonderful world of filmmaking” having been in the business over 52 years. She has starred in 40 major films, directed four feature films and made her directorial debut in 1991 with Little Man Tate.

“I’m thrilled to be able to share the lessons I’ve learned over the years with people who are equally as passionate about film,” said Foster. “Authentic storytelling is about having the courage to be vulnerable, tapping into those deeply personal experiences and identifying the right ingredients to have them translate on screen. I wanted to teach this MasterClass to share that experience of creating a signature and expressing yourself in a work of art. For me, that’s the joy of making movies.”

Throughout the class, students will learn how to storyboard their vision, collaborate with actors, make distinct visual choices, and much more.

A downloadable workbook comes as apart of the class with recaps and exclusive supplemental materials from Foster’s archive.

Students are able to learn at their own pace using their cell phone or computer. Check out the video introduction to the class from Jodie.

Trailer for Jodie Foster’s MasterClass below:

Lessons for Jodie Foster Teaches Filmmaking are as follows:

Students also have the opportunity to upload videos and get feedback and Foster will critique select pieces of work.

A single class is $90 and $180 gives you access to all classes offered. Foster’s class is now available at www.masterclass.com/jfo. Each class has multiple lessons taught by the chosen instructor.