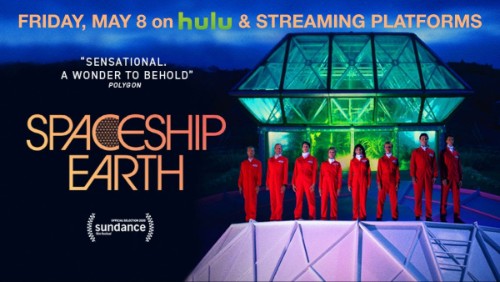 Hulu, Netflix, History Channel, PBS, AMC and IFC to Premiere RadicalMedia-Produced Content Throughout May and June

SPACESHIP EARTH, produced by RadicalMedia, is the true, stranger-than-fiction adventure of eight visionaries who in 1991 spent two years quarantined inside of a self-engineered replica of Earth’s ecosystem called BIOSPHERE 2. The film was sold to NEON out of Sundance and will play theatrically in participating drive-ins and select pop-up city-scape projections rounded out by a simultaneous digital launch on Friday, May 8 on Apple TV, Amazon, Google Play, FandangoNow, Vudu, DIRECTV, DISH and longtime NEON partner Hulu. As part of this innovative rollout, the film screened this week at the Mission Tiki Drive-In in Los Angeles.

Impact Partners’, RadicalMedia and Stacey Reiss Productions Spaceship Earth, directed by Matt Wolf, debuted at Sundance to rave reviews with critics hailing it as “out of this world.”  NEON tracked the film and its director long prior to its 2020 Sundance premiere attempting to buy it last year, but little did anyone know just how apt the film and its bizarre story would become.  Spaceship Earth is the true, stranger-than-fiction, adventure of eight visionaries who in 1991 spent two years quarantined inside of a self-engineered replica of Earth’s ecosystem called BIOSPHERE 2. The experiment was a worldwide phenomenon, chronicling daily existence in the face of life threatening ecological disaster and a growing criticism that it was nothing more than a cult. The bizarre story is both a cautionary tale and a hopeful lesson of how a small group of dreamers can potentially reimagine a new world.   It’s an eerily prescient and telling film for the world of today.

NEON’s release strategy was devised as a way to address the current limitations of the theatrical experience with the aim of bringing communities and cinephiles together and help support organizations and businesses in need.  Allowing independent movie theaters, museums, book stores, arts and cultural organizations, non-profits, restaurants and other severely impacted small businesses to participate in the release will give them the opportunity to stay connected with their community and hopefully provide some much-needed financial support.  Additionally, partners will have the option to host private screenings and/or to co-host live online Q&A’s and panels with filmmakers, film subjects and special guests.  A partial list of non-traditional partners includes Atlas Obscura, Earth Day Network, Books are Magic, the Explorers Club, Posteritati, Fernbank Museum, NYC Trivia League, Talcott Mountain Science Center, Ground Support Cafe, Explorers Club, Malaprop’s Bookstore/Cafe, SITE Sante Fe, Synergetic Press, City Growers, Bud Werner Memorial Library, Santa Monica French bistro Pasjoli and Brooklyn’s famous eatery Locanda Vinii & Olie. Other small businesses and organizations in the US interested in partnering with NEON can learn more and sign-up at www.NEONrated.com.

“NEON has never released a film without the benefit of theaters and SPACESHIP EARTH is no exception to that rule,” says NEON Founder/CEO Tom Quinn.  “As every day becomes a harsh, almost surreal, new reality, it’s clear we must continue launching new films and entertain audiences as best we can.  It’s also important we innovate and adapt to support the many businesses in need.  Even though SPACESHIP EARTH won’t be playing in theaters across the country we hope by making it available ‘everywhere’ the film’s release can at least embody the communal spirit of cinema if not the big screen.  We miss our partners in exhibition greatly and look forward to cinema’s triumphant return.” 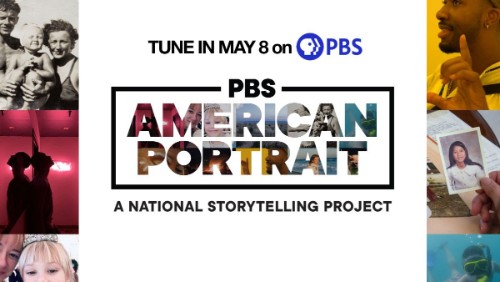 IN THIS TOGETHER: A PBS AMERICAN PORTRAIT STORY is part of the recently launched multi-platform project and signature content initiative for PBS’s 50th Anniversary, PBS American Portrait. Produced by RadicalMedia, the project has captured thousands of stories by Americans that, together, answer the question: What does it really mean to be an American today? With the unprecedented global and national impact of COVID-19, the answer to that central question and related prompts has shifted, and tonight at 9pm ET/PT, PBS will debut an inspiring special, IN THIS TOGETHER.

What’s unique about this project is that the full life cycle of production from pre-production, production, capturing content, editing and delivering has all been done completely remotely. Participants from across the country used self-shot video, photos and text to share how the COVID-19 outbreak is impacting their lives, in their own creatives ways and from their own points of view. The new coronavirus special will begin streaming May 8 on all station-branded PBS platforms, including PBS.org and the PBS Video App, available on IOS, Android, Roku, Apple TV, YouTubeTV, Amazon Fire and Chromecast.

Since early January, the PBS AMERICAN PORTRAIT website has captured thousands of stories by Americans that, together, hope to answer the question: What does it really mean to be an American today? With the unprecedented global and national impact of COVID-19, the answer to that central question and related prompts has shifted in recent weeks, which is reflected in the submissions still pouring into the site. The half-hour special will spotlight the many personal stories, photographs and videos shared by thousands of people in response to the prompt “I never expected…,” and viewers will hear first-hand accounts of how this global pandemic has affected our nation.

Throughout the special, which is being produced by PBS and RadicalMedia, participants from across the country will use self-shot video, photos and text to share how the COVID-19 outbreak is impacting their lives, their communities and their
understanding of what it means to live in our country at this unique moment in time. IN THIS TOGETHER: A PBS AMERICAN PORTRAIT STORY participants will tell these stories self-filmed in their own words, in their own creative ways and from their own
points of view.