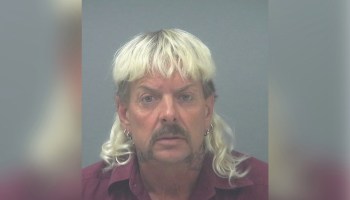 Hillsborough County Sheriff Chad Chronister previously asked the public for new leads.
Tampa authorities on Tuesday confirmed tips have been rolling in daily concerning a cold case featured in the wildly popular Netflix docuseries Tiger King: Murder, Mayhem and Madness. Hillsborough County Sheriff Chad Chronister addressed local media regarding the disappearance of Jack Donald “Don” Lewis, saying the sheriff held a meeting on Monday regarding the case and will be reviewing “a lot of the evidence,” Tampa’s WFLA 8 news reports. The sheriff also said his office was getting at least six tips a day.

Chronister on Monday asked for new leads amid all the interest in the show; the 1997 disappearance of Lewis is part of the series that revolves around the bizarre tale of Joseph Maldonado-Passage, aka “Joe Exotic,” a former tiger-zoo owner who is currently in prison for a murder-for-hire plot.

A multimillionaire, Lewis was married to animal rights activist Carole Baskin, and together they ran a wildlife sanctuary in Tampa when he vanished in August 1997. Baskin has since spoken out about the Netflix documentary series and called it “disappointing.”

Maldonado-Passage, sentenced to 22 years after being convicted of trying to hire a hitman to murder Baskin, claims in Tiger King that Lewis was murdered and fed to his own wild cats.

Baskin denies the accusations. On Tuesday, the sheriff confirmed Baskin said her attorney told her to refuse a polygraph test, WFLA reported.

Authorities interviewed for the series say there was no evidence to support Maldonado-Passage’s claim. There are currently no persons of interest.