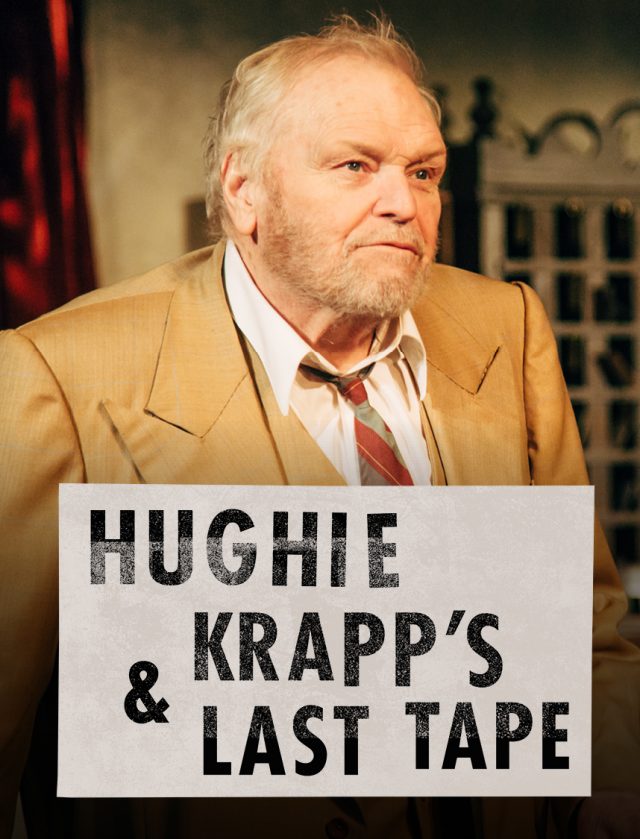 Westwood, CA (The Hollywood Times) – 11/25/18 – We hear Erie Smith’s (Brian Dennehy) entrance before we see him, as he drunkenly meanders through the audience aisle then hoists himself into a dimly lit past-its-prime hotel lobby set. It’s between 4 and 5 a.m. on a West Side street in midtown New York during the summer of 1928. We are introduced to the first of two classic one-acts – cleverly billed together at the Geffen’s Audry Skirball Kenis Theater – Eugene O’Neill’s Hughie and Samuel Beckett’s Krapp’s Last Tape, (both premiered in 1958). Running now through December 16, 2018

The playwright said, “Via this monologue, you get a complete picture of the person who has died – his or her whole life story – but just as complete a picture of … the narrator. And you also get, by another means – use of stage directions, mostly – an insight into the whole life of the person who does little but listen.” The theme of the pathetic illusions men create for themselves to fill the glaring holes in their dull lives is classic O’Neill subject matter.

Two-time Tony Award winner, Dennehy reprises his role as the high-rolling gambler and long-term hotel guest Erie Smith whose luck went south after the death of his best friend Hughie. The new and almost mute hotel clerk, Charlie Hughes (an understated Joe Grifasi, who has been performing this with Dennehy since 2004) is stuck listening to the conman as Erie thrusts his pipe dreams gone awry with a relentless manic depressive yo-yo of emotions. The duo bounce off one another in this dark comedy like Laurel & Hardy met Hubert Selby, Jr.

Erie says he has been on a mournful five-day bender over the loss of Hughie. He lost his sounding board, cheerleader and was the mirror who momentarily reflected Erie as the bigshot he wanted to be.

The grief Erie has is for himself not for his dead friend as he takes aim to make the new clerk become another Hughie. It is the self-pity that comes through, the selfish narcissistic ploy of the addict that Dennehy plays so well, you can almost smell the alcohol in the air. At times, we see Dennehy the actor more than Erie the character but they blend more than distract.

A suggestion for the smaller Audry Skirball Kenis is to get seats up front or in the back due to the poorly designed seating that create sight issues. Another note to audience members is do not wear large hats if you’re sitting anywhere near the front because no one can see past the large bird on your head.

The beginning of Samuel Beckett’s Krapp’s Last Tape begins with Dennehy’s next self-absorbed leading man eating a banana that turns into a comedic routine not to be seen by much of the audience and seemingly without the director’s concern. This two-character piece is between a writer and his tape recorder as he documents each year on his birthday. On his 69th, he gets caught up in listening to his archives and experiences a lifetime of regret and we know this information by prior performances, having read the play or by being told, “Krapp stumbles upon a recording of a tender memory from a lifetime ago. As he immerses himself in his own personal history, Krapp questions whether his present lives up to his past.”

What is confusing and ineffective is Dennehy’s mumbling and Irish accent as the older writer while the taped younger version of himself has an American one. Although the piece is effective overall and continues with the theme of man’s self-delusions and the need to communicate, it’s not as powerful as it wants to be. The set and lighting aptly place Krapp in a cell-like room to showcase a man tortured by his memories. This actor knows how to convey the most difficult of emotions with a look yet comes across as impaired with directorial choices made in sound, music and sight gags.

This 80 year-old thespian powerhouse hits and misses and it seems he knows it. Dennehy waves off a standing ovation as he exits the stage without taking a bow or looking at the audience with the house lights abruptly rising. But when he hits? It’s with a depth that will leave chills down your spine as he climbs into the marrow of your bones and touches your heart with revelations of childlike vulnerability.

We hear the young writer speak with optimism and see the old writer who seemingly welcomes or beckons death. 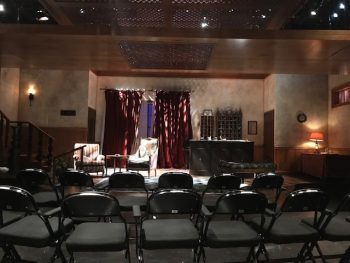 Tickets run $30-$120, available in person at The Geffen Playhouse box office, by phone at 310.208.5454 or online at www.geffenplayhouse.org. Rush tickets for each day’s performance are made available to the general public 30 minutes before showtime at the box office. $35.00 General / $10.00 Student. Run time is two hours including one 15-minute intermission. Closes December 16th.

The 74th Annual Tony Awards Nominations To Be Announced On Thursday, October 15th