by Dr. Laura Wilhelm, LauraWil Intercultural
An Unlikely Team.  An Unprecedented Case.  A Fight For Justice.
West Hollywood, CA (The Hollywood Times) 10/2/16 – On Wednesday, October 12th, 2016 the City of West Hollywood will host a pre-premiere screening of the new documentary film THE UNCONDEMNED at 7 p.m. in the West Hollywood City Council Chambers located at 625 N. San Vicente Boulevard.  The screening is part of West Hollywood’s Human Rights Speaker Series.  It will be co-hosted by Women in Film Los Angeles and moderated by Mayor Pro Tempore John Heilman. 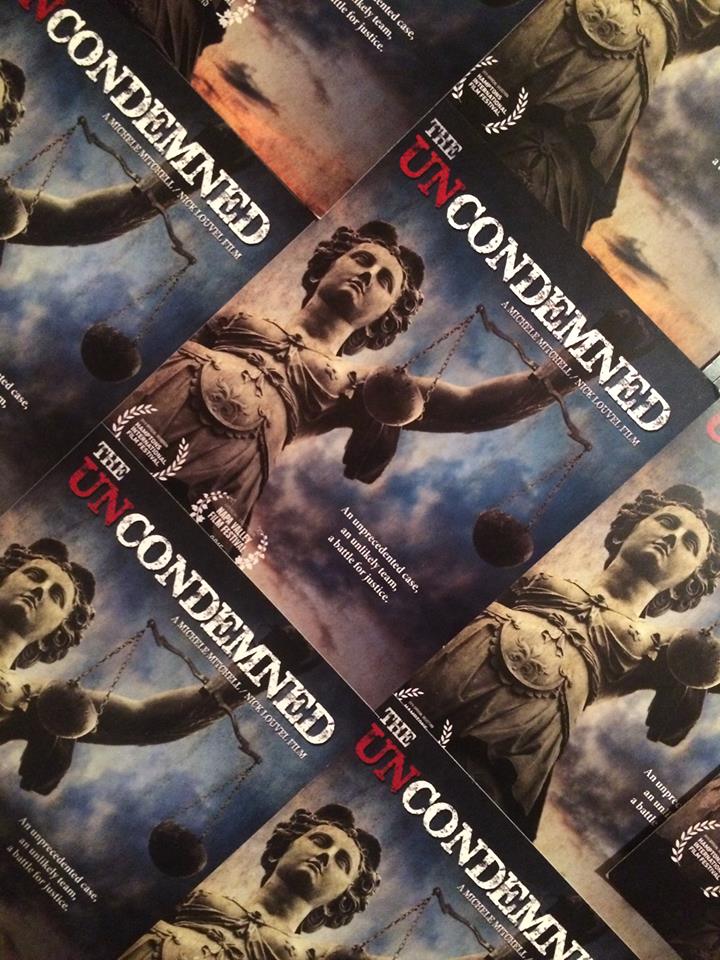 THE UNCONDEMNED is a riveting documentary co-directed by Michele Mitchell and Nick Louvel about an underdog group of activists and lawyers who defied the odds to do what had never been done: prosecute rape as an international war crime.  In 1997, the young men and women at the International Criminal Tribunal for Rwanda found themselves inexplicably in charge of the first case of genocide in history!
Rape was declared a war crime in 1919, but crimes of war and against humanity had not been prosecuted since 1946.  Surviving witnesses in Rwanda feared for their lives!  The prosecuting team amended the charge to rape and faced incredible hurdles as they pursued their first case against a small town mayor understaffed, underfunded, and overwhelmed.
Three heroic women would overcome their fears and shame to speak for all those who could not.  From secret memos to witness assassinations, THE UNCONDEMNED captures the untold, remarkable story that changed the course of international judicial history.

The screening will be followed by a panel discussion featuring Michele Mitchell, Co-Director, Producer, Writer, and Co-Executive Producer; Maya Jupiter, Artivist and Co-Writer of the song “Smile” featured in the film; and Ambassador Pierre-Prosper, Partner, Arent Fox, LLC and Former Lead Counsel for the Prosecution, Office of the Prosecution vs. Jean-Paul Akayesu.  A “Call-To-Action” dessert reception will take place after the panel discussion.

Validated parking will be available in the 5-story West Hollywood parking structure located at 625 N. San Vicente Boulevard.  Reserve your FREE seats NOW by e-mailing wehohrspeakerseries@gmail.com or calling (323) 848-6823.
THE UNCONDEMNED was produced by Film at Eleven Media in English, French, and Kinyarwanda with a running time of 85 minutes.  It will be released nationwide on October 21st, 2016.
To learn more about THE UNCONDEMNED, please visithttp://www.theuncondemned.com/#the-film
About Women In Film
Founded in 1973, Women In Film is a non-profit organization dedicated to promoting equal opportunities for women, encouraging creative projects by women, and expanding and enhancing portrayals of women in all forms of global media.  Given that women represent 50 percent of the population, WIF’s ultimate goal is to see the same gender parity reflected on and off screen.

WIF focuses upon advocacy and education.  It provides scholarships, grants, and film finishing funds, working to preserve the legacies of all women in the entertainment community.