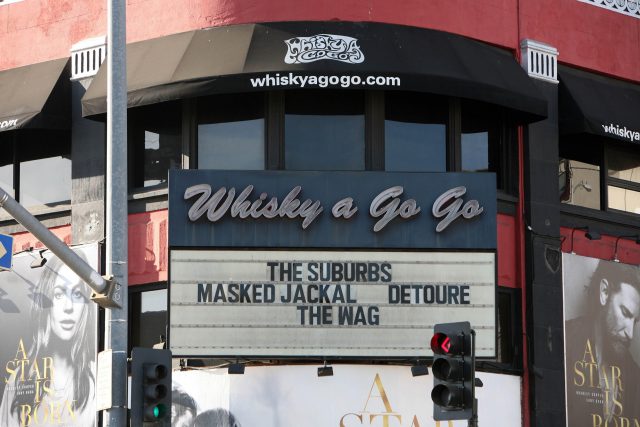 Los Angeles, CA (The Hollywood Times) 9/30/18 – Legendary Punk/New Wave band The Suburbs performed for the first time in their 41 year career at The Whisky a Go Go. It was a celebration for both the band and the audience.

The band was formed in 1977 in Minneapolis and has continued, with various interruptions and personnel changes for four decades. They helped lead the Minneapolis sound so prevalent in the 1980s. They influenced many performers and songwriters over the decades. Their catchy sounds got them signed to leading record labels (Twin Tone, Polygram, and A&M.)

Their blend of Rock, Punk, Funk, and New Wave were on display at the Whisky for all the see and hear. It was an excellent show played with great enthusiasm to a full house.

They played almost 20 of their most beloved songs including : Waiting, Music for Boys, Life is Like, Hey Muse, Rattle My Bones, Love is the Law, and Cows.

The evening was of great significance to the two founding members and they were kind enough to sit down for an interview about where the band has been and where it is now.

Jimmy Steinfeldt: How did this show at the Whisky a Go Go come to be?

Chan Poling: We’ve been playing a ton more shows in the new configuration of the band. The original lineup has been scattered to the winds. Hugo, I, and Max Ray have moved forward and done some more records. We have incredible players that have been with us for years now. For five years we’ve had a very gung-ho manager/booking agent, Mike Buenting. Mike will call me saying “They want you to play at the Whisky a Go Go, or The Triple Door in Seattle, or the Lake Harriet Bandshell.” It’s been working out great. At this point in our lives we’re in it for the music and the fun.

Many of the players in our current band have not played in L.A. before and The Suburbs have never played the Whisky so playing here tonight is great. I remember when I first came to L.A. I saw The Weirdos, The Screamers, and many other punk bands when I was going to school at CalArts. My contemporaries were Paul Reubens, Tim Burton, and my buddy Henry Selick who made The Nightmare Before Christmas. Many of my friends were animators, and dancers. I composed and performed music for dance shows. This was in the mid 70s. I came back to Minneapolis in 1977 and started The Suburbs.

JS: The first time I photographed you was at the Loring Park outdoor concert in Minneapolis in 1983. What do you recall about that show and remind me which album coincides with that time period?

CP: That would have been Credit In Heaven. That show was the first time we did a free outdoor show and we were really surprised how many people were there. It was the first time we realized, at least in the Twin Cities, that the music we were doing was striking a chord. Now 35 years later we just played a free show at the Lake Harriet Bandshell in Minneapolis and there were like 10,000 people there. So it’s still happening.

JS: Tell us about The Suburbs most recent records? 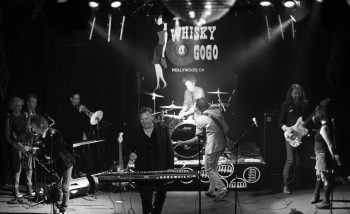 CP: In 2013 we started making a new Suburbs record Si Sauvage and had fun with that. It was well received. I got the fever to do this again and juices got flowing to write for The Suburbs again with this configuration of the band. Not everything I write ends up in The Suburbs folder. When I do write songs intended for The Suburbs I bring it to these guys and we knock it out of the park. In 2017 we released Hey Muse.  People loved it and it landed us hit songs on Midwest radio including the song Hey Muse. It’s a little more grown up sounding but it definitely sounds like The Suburbs.

JS: Tell us about the wonderful projects other then The Suburbs you’ve been doing? 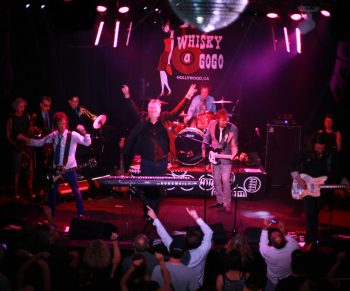 CP: I’ve been doing musical theater. Hopefully bringing it here to Los Angeles. Mostly I’ve been doing these musical comedies in the Midwest. One of our big hits is Glensheen. It is based on the Glensheen mansion murders and trials up in Duluth, Minnesota. The musical is actually quite funny even though it’s based on a tragic, and dark event. I’m working with Jeff Hatcher who’s a major Hollywood screenwriter. Also I’m working on a new musical and new Suburbs album. I’m also working on my other group The New Standards. So be on the lookout for new stuff and remember, Love is the Law.

Jimmy Steinfeldt: How did this show at the Whisky a Go Go come to be?

Hugo Klaers: We’ve got the new band, Jeremy Yivisaker, Stevie Brantseg, and Steve Price and we were playing in the Midwest a bunch. I talked to Chan and said let’s spread out a bit, let’s take the band to more cities. We booked this show, and a Seattle show, and we hope to book shows in New York, and New Orleans, etc. We’re making records again and we’re a working band. I’m so excited to be here at the Whisky tonight.

JS: Tell me something about the Whisky a Go Go and L.A.

HK: We’ve spent a lot of time out here. At one time A&M records was our label and Katz-Gallin and Associates were our management team. I always loved L.A., the strip. We never played here at The Whisky but we played the Roxy, and the Troubadour. It’s cool to come to this legendary club. It’s kind of like a First Ave because it’s been around forever. I saw a few shows here. One time we were in L.A. for three weeks and stayed just down the road and so we’d come to the Whisky just to hang out.

JS: The first time I photographed you was at the Loring Park outdoor concert in Minneapolis in 1983. What do you recall about that show.

HK: We played there once before in 1980 and it was well attended but the 1983 show was a magical evening where all these people showed up. Your photos show that the crowd was practically right on stage with us. We always liked doing outdoor shows. We just played at the Lake Harriet Bandshell and there were like 10,000 people there.

JS: What’s happening in my hometown of Minneapolis these days?

HK: Minneapolis hasn’t changed a lot. About the best thing that’s happened is First Ave is running other clubs. The Turf Club, The Fine Line, and The Palace Theatre. There are still a lot of great places to play and there is still a lot of good new music. Chris Mars of The Replacements, his nephews have a band, The Carnegies. They’re really good, fun, and entertaining. Hippo Campus is a good band. They’ve played out here and all around.

JS: What’s next for The Suburbs?

HK: Chan, bless his heart, has been writing a bunch more songs and we’re going to start work on our third album in the last 5 years. When the record comes out we’ll see what happens then. A while back I thought maybe I wouldn’t be doing this anymore. But now we play enough, and we actually practice regularly and we’re  constantly working on new stuff so I’m not ready to give it up yet. We’re playing L.A., Seattle, New York, it feels like we’re a band again like in the 1980s. Also I may come back out here and record some of Beej Chaney’s songs for his next record.

JS: Your band’s been together for 41 years. What’s it like when young people come up to you and say you, your drumming, your band The Suburbs have influenced me?

HK: That’s probably one of the biggest rewards. For instance, Peter Jesperson (legendary band manager and record label executive) is working with a new band out here in L.A. Peter said this band talks about how much The Suburbs influenced them. It gets you in the heart. I think the Internet has opened up a whole bunch of new people to know about us. It’s a pretty cool feeling to hear someone say “Your Credit In Heaven album, I’ve been listening to it over and over and I write songs because of that.” Our band has made other people want to make music! Next to having a gold record that’s about the most satisfying feeling one could have.

To learn more about The Suburbs, their incredible music and their upcoming shows check out https://thesuburbsband.com/