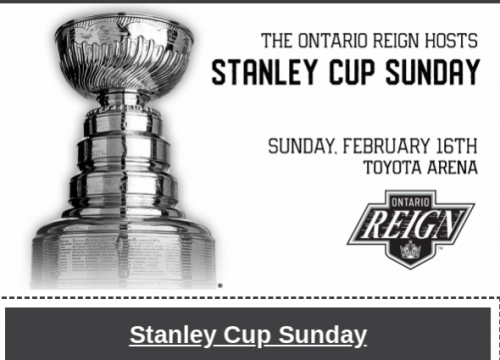 Mark your calendars! The Stanley Cup comes to Ontario on Sunday, February 16th! During the game, the Stanley Cup will be on display and available for photos. 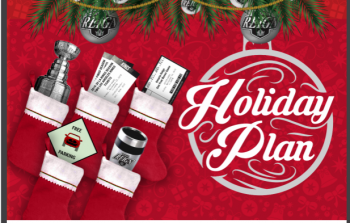 Want first access to the Stanley Cup? Purchase a Holiday Plan now, and you’ll receive a fast pass to guarantee your picture with the Cup!
The 2019 Holiday Plan also comes with the following:
Five (5) Ontario Reign Games
Reign Games Included in the Holiday Plan:

– One (1) ticket to Friday, January 10th vs. Bakersfield Condors

– One (1) ticket to Sunday, February 16th- Stanley Cup Sunday – photo with the Cup

– One (1) ticket to Friday, February 28th vs. Tucson Roadrunners 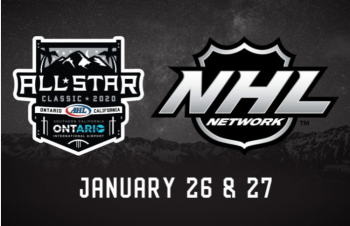 The American Hockey League and NHL Network announced that the 2020 AHL All-Star Classic presented by Ontario International Airport will be broadcast live on NHL Network, as a part of 20 AHL events throughout the season. 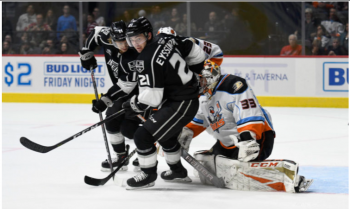 18 live games will be broadcast throughout the season, though none will feature the Reign. The only Pacific Division teams to be featured will be a San Diego / Stockton tilt in late-March.

Those looking for more information on the All-Star Classic can visit ontarioreign.com/allstar.

About the Ontario Reign

The Ontario Reign are the proud American Hockey League affiliate of the Los Angeles Kings and play at the newly named, state-of-the-art Toyota Arena, located 40 miles east of Los Angeles. Continuing the tradition established by the Manchester Monarchs, Los Angeles’ previous AHL affiliate, the Reign will look to defend their 2015 Calder Cup from 3,000 miles to the west. Previously the Kings’ East Coast Hockey League affiliate, the Reign have proven to be top draws with four ECHL attendance titles and four Pacific Division Championships in six seasons. They are coached by Mike Stothers, who guided the Monarchs to an AHL title one season ago. 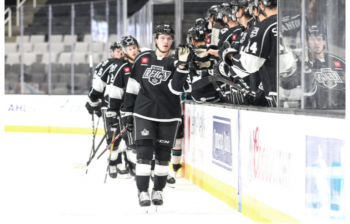 Similar to LA Kings Insider, Lindsay Czarnecki will provide constant, accountable and in-depth coverage of the Reign from a daily beat platform at ReignInsider.com, and accessible through a tab at the top of LAKingsInsider.com.