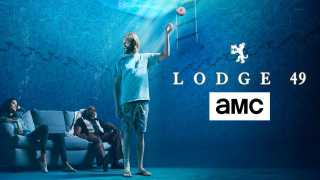 The Paley Center to Host the Season Two Premiere of AMC’s Lodge 49, Followed by a Discussion with the Cast and Creative Team

The Paley Center for Media in Beverly Hills announced the final selection for its PaleyLive LA summer season: An Evening in Lodge 49: Season Two Premiere. The program will take place on Thursday, August 1 at 7:00pm, at the Paley Center’s Beverly Hills location.

“Upon its 2018 premiere, Lodge 49 immediately captivated television audiences,” said Maureen J. Reidy, the Paley Center’s President & CEO. “We’re thrilled to welcome the cast and creative team and host the season two premiere of this groundbreaking show at the Paley Center.”

Lodge 49 is AMC’s critically praised and endearing modern fable about a disarmingly optimistic local ex-surfer, Dud (Wyatt Russell), who’s drifting after the death of his father and collapse of the family business. The show finds a lyrical beauty in the Long Beach, California setting, and in the sometimes bruised relationships between its central characters. Jim Gavin (Author, Middle Men) serves as creator, writer, and executive-producer alongside showrunner Peter Ocko (Pushing Daisies, The Office). Additional executive producers include Paul Giamatti (Billions, Sideways, Outsiders, Hoke), Dan Carey (Outsiders, Hoke, John Dies at the End, All Is Bright) and Jeff Freilich (Halt and Catch Fire, Grace and Frankie).

In season one, Dud finds himself on the doorstep of a rundown fraternal lodge where a middle-aged plumbing salesman and “Luminous Knight” of the order, Ernie (Brent Jennings), welcomes him into a world of cheap beer, easy camaraderie and the promise of Alchemical mysteries that may—or may not—put Dud on the path to recover the idyllic life he’s lost. In season two, the beloved fraternal order is suffering under new rule by an ill-suited leader. Despite his “Knight” and mentor Ernie’s lost faith, and his twin sister Liz’s (Sonya Cassidy) struggle with their past, Dud believes he is the key to restoring the Lodge to its former grandeur and putting the rightful king on the throne.

“I’m so excited to kick off season two at the Paley Center. The doors to the lodge are open to all our fans who have sworn a solemn oath to protect the secrets of the Ancient and Benevolent Order of the Lynx. Plus anyone who else shows up and seems cool,” shared Gavin.

PaleyLive programs offer television fans the rare opportunity to engage with the casts and creative teams of their favorite television shows in intimate settings at The Paley Center for Media in Beverly Hills. All PaleyLive programs are selected by the Paley Center to not only expand society’s understanding of the cultural, creative, and social significance of television, but also for their ability to educate and entertain the public. 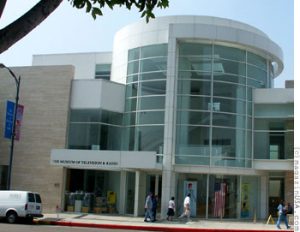 The Paley Center for Media, a 501(c)(3) nonprofit organization with locations in New York and Los Angeles, leads the discussion about the cultural, creative, and social significance of television, radio, and emerging platforms. Drawing upon its curatorial expertise, an international collection, and close relationships with the leaders of the media community, the Paley Center examines the intersections between media and society. The general public can access the Paley Center’s permanent media collection, which contains over 160,000 television and radio programs and advertisements, and participate in programs that explore and celebrate the creativity, the innovations, the personalities, and the leaders who are shaping media. Through the global programs of its Media Council and International Council, the Paley Center also serves as a neutral setting where media professionals can engage in discussion and debate about the evolving media landscape. Previously known as The Museum of Television & Radio, the Paley Center was founded in 1975 by William S. Paley, a pioneering innovator in the industry. For more information, please visit paleycenter.org.