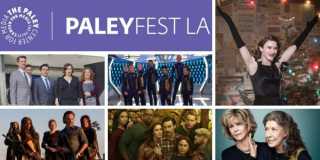 Festival Lineup Includes the Casts and Creative Teams From: The Marvelous Mrs. Maisel;

Casts of Hawaii Five-0, MacGyver and Magnum P.I., on the Same Stage; Pose;

Star Trek: Discovery & The Twilight Zone; and This Is Us

BEVERLY HILLS, CA, January 14, 2019 – The Paley Center for Media today announced the lineup for PaleyFest LA 2019, which will take place March 15-24 at the iconic Dolby Theatre in Hollywood. Citi cardmembers, plus Paley Patron, Fellow, and Supporting Members, will have an exclusive opportunity to purchase tickets first during a special presale from January 15-16.

“We’re thrilled to announce this incredible lineup of programs,” said Maureen J. Reidy, the Paley Center’s President & CEO. “We’re so proud that our lineup reflects the diversity of the television viewing experience—from history-making programs highlighting the LGBTQ+ community, to Emmy Award-winning comedies and dramas with strong female characters, action-packed adventure series, and a conversation with one of the sharpest voices on late-night TV. This year’s selections epitomize why PaleyFest LA is the premier television festival.”

“Just days before we commence shooting Season 3 of The Marvelous Mrs. Maisel, we thought we’d drop by and kick off the fabulous PaleyFest 2019. It’ll be a fun night of celebrating with fans, and the last time we’ll all look rested until August,” said Amy Sherman-Palladino, Creator/Executive Producer and Daniel Palladino, Executive Producer.

“All of the other TV shows are going DOWN at PaleyFest. To show our prowess and our strength, we are bringing ten fine steeds, thirty-five different swimsuit combinations, and a two-hour-long patriotic “Tribute to America” song medley.

We are confident that by the end of PaleyFest we will be crowned “Best PaleyTime Show” and we WILL win the hand of the princess fair,” said Crazy Ex-Girlfriend co-creators Rachel Bloom and Aline Brosh McKenna.

“We are delighted and honored to be returning to PaleyFest as this season has marked an exciting new chapter for The Walking Dead. We can’t wait to be surrounded by our passionate fans to discuss the themes and threats our survivors have been facing in the new world they inhabit,” said Angela Kang, Showrunner & Executive Producer.

“Not only is PaleyFest a tremendous honor, it’s also an amazing drag name,” exclaimed RuPaul. “I can’t wait to share the magical journey of RuPaul’s Drag Race and pay tribute to the 140 drag queens who have sashayed their way into the hearts of fans around the world!”

We said yes because we heard RuPaul is going to be there,” said Jane Fonda and Lily Tomlin.

“For nine seasons now, our Hawaii Five-0 fans have become more like ohana and we are honored to be at PaleyFest with them, along with our friends at MacGyver and Magnum P.I.,” said Hawaii Five-0 star Alex O’Loughlin.

PaleyFest LA benefits the Paley Center’s preservation and archival digitization efforts, and its ongoing mission to explore the significant impact of media on our culture and society. The Paley Center is home to the nation’s foremost publicly accessible archive of television and radio content, with over 160,000 programs spanning the history of media, including collections that feature achievements in television from the African-American, Hispanic, and LGBTQ+ communities, women, and most recently music.

JetBlue returns as the Official Airline of PaleyFest LA. “At JetBlue, we understand the importance of access to your favorite television and entertainment programming,” said Chantal van Wijnbergen, JetBlue’s Director of Brand Management & Advertising. “Our award-winning inflight entertainment experience, which includes free Fly-Fi and live TV at every seat, feels more like being in your living room than flying at 35,000-feet. We’re proud to partner with the Paley Center to bring customers closer to their favorite shows at PaleyFest LA.”

Citi returns as the Official Card of PaleyFest LA, offering Citi cardmembers special presale access to tickets, which can be purchased through citiprivatepass.com beginning January 15 at 9:00 am PT. Paley Center Supporting, Fellow, and Patron Members can also purchase tickets at this time. Tickets go on sale to Paley Center Individual Members on January 17 at 9:00 am PT, and to the general public on January 18 at 9:00 am PT. To purchase tickets, please visit paleyfest.org or download the Paley App at paley.me/app.

For more information including how to qualify for special presale periods, please visit paleyfest.org or download the Paley App at paley.me/app.

The Paley Center for Media, a 501(c)(3) nonprofit organization with locations in New York and Los Angeles, leads the discussion about the cultural, creative, and social significance of television, radio, and emerging platforms. Drawing upon its curatorial expertise, an international collection, and close relationships with the leaders of the media community, the Paley Center examines the intersections between media and society. The general public can access the Paley Center’s permanent media collection, which contains over 160,000 television and radio programs and advertisements, and participate in programs that explore and celebrate the creativity, the innovations, the personalities, and the leaders who are shaping media. Through the global programs of its Media Council and International Council, the Paley Center also serves as a neutral setting where media professionals can engage in discussion and debate about the evolving media landscape. Previously known as The Museum of Television & Radio, the Paley Center was founded in 1975 by William S. Paley, a pioneering innovator in the industry. For more information, please visit paleycenter.org.