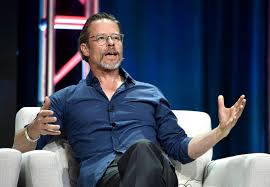 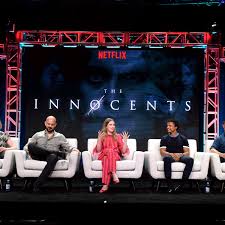 The series launches, in short, with a young, lovestruck girl, June (Groundsell) running away with her boyfriend, Harry (Ascott), on the very cusp of her 16th birthday, and just before her controlling father can move her to Scotland.

In the very process, June discovers she can shapeshift, through skin-to-skin contact.  Set against the dramatic backdrop of Yorkshire, London, and Norway, shot in a soft lensed fog that lends itself to a catatonic state, and ever-aware of the importance of character development, The Innocents is a razor sharp exploration of young love and the powerful forces it unleashes.

“I think Simon and I always wanted to feel that if we took the supernatural element out of the series, that it would still be a true and gripping drama about just young people in love,” said Elkington. “And I think with June being the character who transforms, we also wanted to look at what it means to love someone unconditionally and how people, by the nature of growing, just change in relationships. And can you deal with that change? Should you accept that change? What does it mean to you? 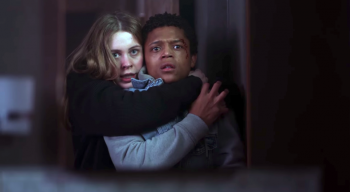 And I think we used shapeshifting within that young relationship to really extrapolate that quite dramatically. And so hopefully the questions that it raises, although they are hugely magnified, are still relevant to young people in love and people at sort of all ages really because it is a coming-of-age story and a story of transformation.”

Episode one takes introduces viewers to essential characters June and Harry; their plight in desperate love—the hand-holding, letter-writing variety—and essentially brings them up to the point that they understand the terrifying potential of their own power.

The cast is entirely aware of the beauty, the grace with which the series approaches each encounter, each confrontation, each new issue.  Not a single character or storyline is remotely undeveloped.

That it’s an eminently watchable series is a given.  It would be easy to follow through and binge on the entire series in the first viewing.  It’s the power of change, and the human ability to adapt to that change—in spite of our initial pull away from it—that makes the series so compelling.

“On a concept level we talked about how people always change,” Duric told TCA.  “I mean even me now at 39 years old, I’m gonna carry on changing for the rest of my life. So it was felt like I’m not gonna turn into a woman obviously, I don’t think, at the moment. But we all change emotionally, our relationships change.”

The cast agrees.  “How do you love someone through whatever it is they’re going through?” said Ascott, whose portrayal of Harry is at turns sensitive and harrowed.  “And that’s just something that we’ve used to drive that relationship and keep it grounded.”

All eight episodes of The Innocents: Season 1 is now streaming on Netflix.