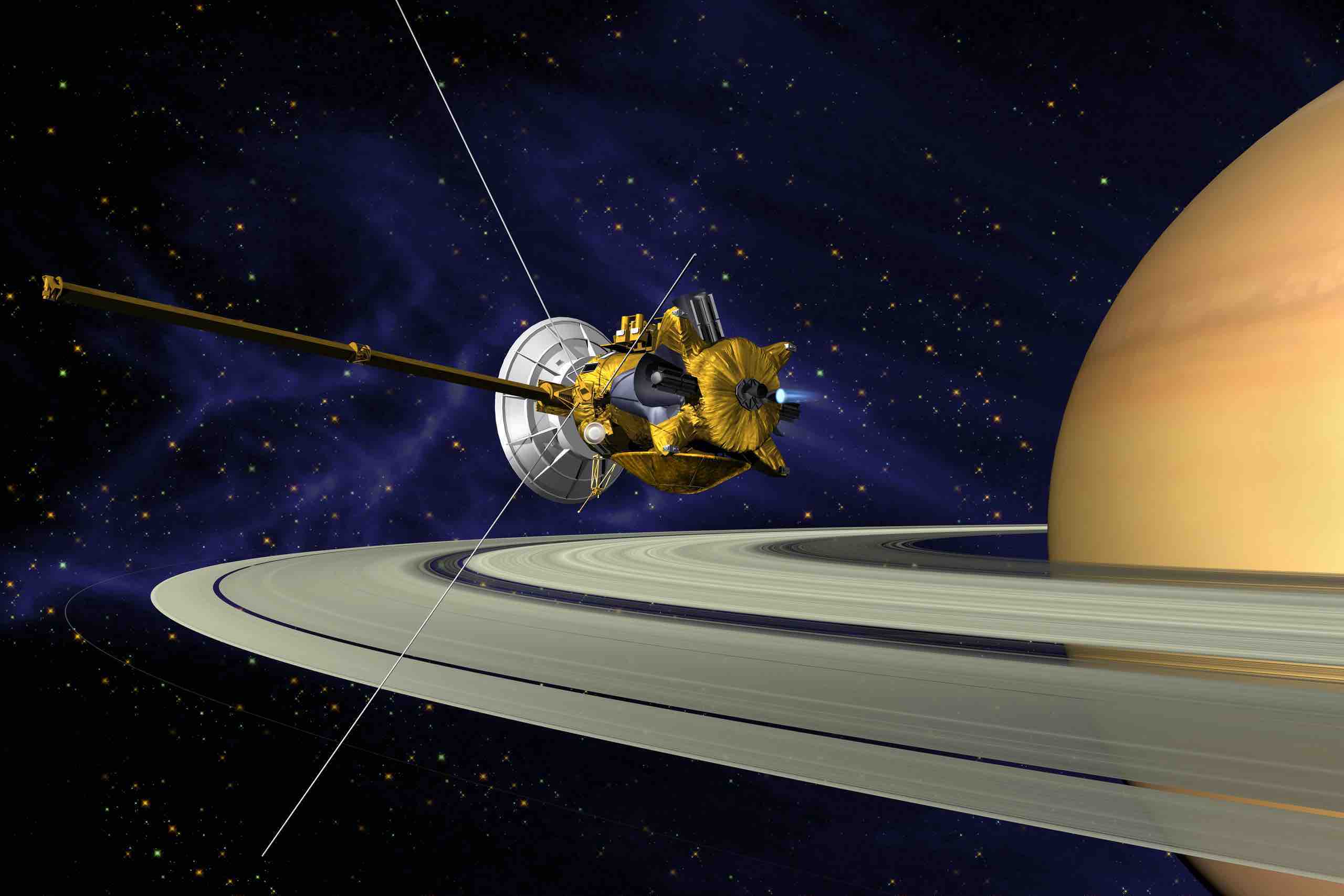 Los Feliz, CA (The Hollywood Times) 5/25/17 – “Will I dream?” and other imponderables from Cassini’s noble and doomed space mission.

On September 15th 2017, an international group of scientists, engineers and space enthusiasts will mark a bittersweet milestone. The Cassini spacecraft, the brainchild of a global scientific effort spearheaded by NASA and the European Space Agency (ESA) and managed by the Jet Propulsion Laboratory (JPL) in Pasadena CA, will disintegrate in Saturn’s atmosphere.  The digital images she has gathered and transmitted over her incredible journey have provided a massive and unprecedented view of Saturn, her rings and her moons.  During her ultimate descent into Saturn, Cassini will transmit data on the composition of Saturn’s atmosphere. Traveling at 75,000 miles an hour, the pioneering spacecraft will become part of the planet she has been so faithfully exploring for the past 13 years.

Dramatic? Perhaps, but these and other questions were discussed and reviewed in a compelling lecture given by Dr. Linda Spilker (JPL/NASA research scientist, Cassini Project Scientist and Co-Investigator on the Cassini Composite Infrared Spectrometer team) and Dr. Earl H. Maize (Manager of the Cassini Program) at the Griffith Observatory in Los Angeles on May 15th.

The development of Cassini and the accompanying Huygens Titan Probe began in the 1980’s. “It was a spectacular and flawless launch,” says Dr. Earl Maize with a smile and a sense of well-deserved pride, reflecting on Cassini’s launch on October 15, 1997. He went on to share that this voyage had brought about the first successful spacecraft landing in our outer solar system, referencing the Huygens successful landing on Titan.

After fly-bys of Venus, Earth and Jupiter, Cassini-Huygens went into orbit around Saturn on July 1, 2004.  As Cassini started her investigative mission of the planet, the Huygens Titan Probe separated and in fact touched down on Titan’s surface on January 14, 2005.  Huygens was equipped to collect samples of the moon’s atmosphere to measure its composition and, via Cassini’s antenna array, beam research data and pictures back to Earth.

After a long road from conception to her current orbit of Saturn, Dr. Maize explains that Cassini is now on a path to oblivion. “Our intrepid explorer will go careening into Saturn’s atmosphere at 75,000 miles per hour.  She is running out of fuel,” he explains. She will become one with the planet that she has explored for the past 13 years.

Even before this event takes place, Cassini has already rewritten the books on planetary science and astrobiology.

Cassini’s mission has been to collect data and send it back to earth. The success of this mission exceeded the expectations of the international team that worked on the spacecraft.  Amongst the team’s findings based on Cassini’s explorations: Saturn’s rings, thought to be much broader, are now known to be only 10 feet thick and composed mainly of ice. The space between the innermost rings and top of Saturn’s atmosphere, once thought to contain ring dust, was found to be empty.

Additionally, Titan, the largest moon of Saturn, has her own atmosphere.  Her mysteries, once concealed by cloud cover, have now been unveiled. Cassini has discovered a hydrologic life cycle but with methane instead of water. It has rain, lakes and clouds.  Scientists have also discovered a subsurface ocean, as well as islands that appear and disappear in the Titan seas.

The sixth largest moon of Saturn, Enceladus, has a warm, salty subsurface ocean, water-rich plumes, jets of icy particles and water vapor with molecular hydrogen, and most likely hydrothermal vents similar to those on Earth’s seafloor. Organic molecules are found inside those plumes. “It looks like something where you would expect to find life,” says Dr. Maize.

THE ARC OF THE MISSION: ENDGAME

There were several factors at play surrounding Cassini’s ultimate fate. First, the research team wanted to avoid the possibility of microbial contamination if Cassini were to crash onto one of the moons. Second, since descent into Saturn’s atmosphere was planned and would present a unique research opportunity, the team thought it best to arrange a situation where as much data as possible could be collected during that final descent.

Dr. Linda Spilker, who has worked on Cassini for 30 years, brings the mission back to a very human place. She acknowledges that this has been an incredible international collaboration, encompassing three international space agencies, 19 member nations, hundreds of contractors and thousands of people to bring this mission together. She goes on to say that the heart and soul of Cassini are the scientists, engineers and people that have all come together across many borders to bring Cassini and her mission to fruition.

The unity of scientists all over the world for the greater good of humanity shows us the best of each country. “Imagine how quickly we could advance if politics didn’t get in the way,” says Dr. Maize.

Cassini will ultimately make 294 orbits around Saturn. Each one brings with it new pictures and information about this newly explored planet. Saturn’s seasonal cycle is 7.5 earth years. So although Cassini has been in her orbit for 13 years, the vessel is still shy of two complete seasons in orbit.

With Cassini’s final descent we lose our close, personal bridge to Saturn and her many mysteries yet to be discovered. No longer we will have access a wonderful constant stream of pictures being sent back that allow us to explore what she is and how she relates to the earth, this galaxy, the universe, and life itself.

An underlying question from a person in the audience was, “Will you grieve for Cassini?” “We don’t allow ourselves to go there,” responded Dr. Maize.  And with that statement, he might have revealed his feelings and the sentiments of the team, about a space vessel that has definitely become more than the sum of its parts in the eyes of its creators.

Special thanks to Dr. Linda Spilker for proofreading the scientific content of this article.