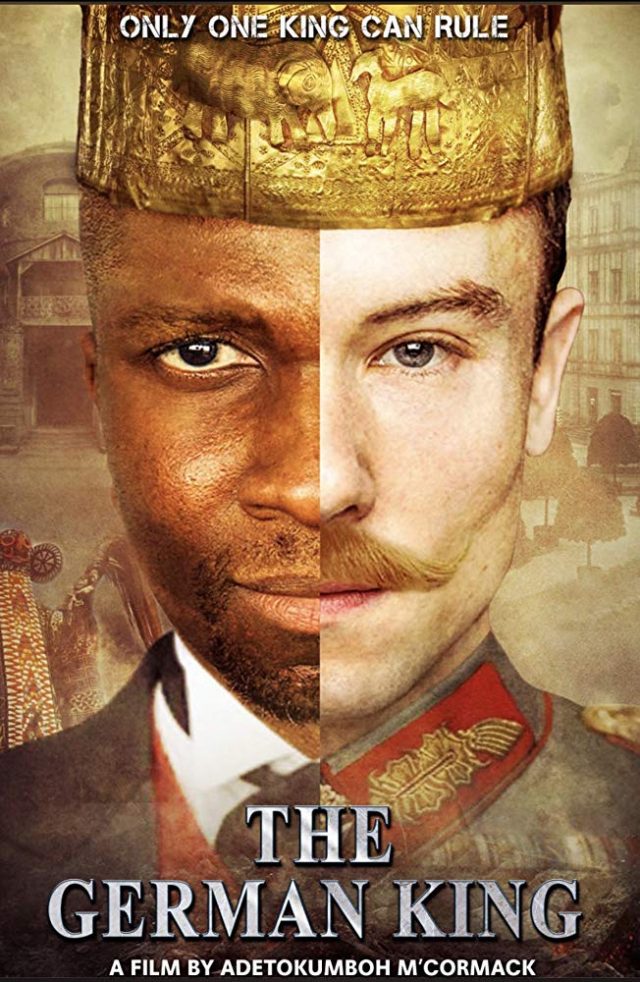 “H.R. Auden said it best: ‘We must love one another or die.’ Will we ever learn to LOVE one another or shall we die never having learned to love at all?” 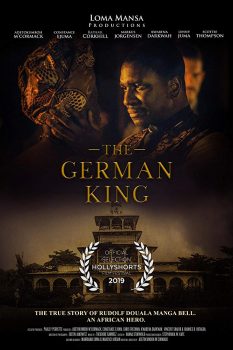 From the Press Release:

Triple threat Adetokumboh M’Cormack wrote and directed the award-winning short Irish Goodbye, which was a 2019 finalist at the American Pavillion Emerging Filmmaker Showcase at Cannes Film Festival. M’Cormack is also an award-winning actor whose film and television credits include Blood Diamond alongside Leonardo DiCaprio, Captain America: Winter Soldier, Lost, Heroes, and NCIS. He is currently voicing the character Isaac on the Netflix animated TV series Castlevania as well as the character Kofi on the upcoming Gods and Heroes and developing a feature-length version of The German King.

Co-producer Raphael Corkhill is an award-winning stage, screen, and voice-over actor, born and raised in the UK. After graduating from Princeton University, Corkhill gained his MFA in acting from the University of Southern California. He starred in The Goldfinch, which starred Nicole Kidman, The Blacklist and Burning At Both Ends alongside Cary Elwes.

The powerful short is executive produced by Pauley Perrette, edited by Hanna Sturwold, the stunning cinematography was created by Justin Janowitz, the beautiful music by Theodore Ramirez and the production design by Stephonika W. Kay. It also won Best International Short at Ecrans Noirs Film Festival.

The film is set in 1914.  A man is writing a letter.  There’s a meeting of the chiefs in Cameroun with a discussion about uniting kingdoms against a common enemy.  Rudolph, is weary of the upcoming battle. He’s torn between where he’s from, who he is and what he must do. Rudolph was raised in early late 19th Century Germany under King Kaiser Wilhelm II’s Empire as one of his own. But it’s all about racism and Apartheid even as early as back then. It’s existed for centuries before in one form or another throughout humanity.

King Wilhelm, like all greedy and oppressive rulers, worries about those who may betray them. Even those closest to him. Even, family.  For Rudolph, however, he never saw what was coming but assumed it would: A betrayal against The German King brings about what happens to him and his family next.  Forced to do something against his will, he must go against everything he believes in order to let others know, the truth and to save the one he loves the most.

The costumes were amazing. I loved how they reflected the period of the film which tells the story in and of itself.  The cinematography was second to none.  There was a scene in which the fate of one of the characters is about to be shown but rather as it “would normally be”, there’s a fade to black with only a sound. There’s nothing more that needs to be shown or told here. You know and it’s inferred and not shown. I like that when the cinematography doesn’t have to “show” something which you know what will happen. With film, you “show” and “don’t tell”.  Classy!

I was taken by this films’ true accounts of history I never knew about. Oppression of a race of people by another race of people. What am I talking about? Aren’t we ALL part of the HUMAN RACE?  We are embroiled in a society of racism that’s run rampant throughout all of human history. This film shows yet, another ugly side of that racism, hatred and fear! Yes, fear! It’s the mind killer. King Wilhelm feared those around him like Kim Jung Un, Putin and yes, our own fearful leader.  Why are we, as human’s, so damn afraid of each other?

This film is a powerful reminder of who we are, where we’ve come from and where we’ve yet to go. Is this what humans are all about? Hating and fearing each other? Why can’t we just get along?  H.R. Auden, an admired poet, known for his virtuosity and ability to write poems in nearly every imaginable verse form, with his incorporation of popular culture, current events, and vernacular speech, said it best in his poem entitled: September 1st, 1939: “We must love one another or die.” Ironically, this poem was entitled for the very day that WWII started and yet, this film is about the previous World War which went from July 28th, 1914 – November 11th, 1918.  H.R. Auden was dead on and therefore, will we ever learn to LOVE one another or shall we die never having learned to love at all? On September 27th 1914, the Allies arrived in Cameroun.  The rest is history. Tet’Ekombo: King of Kings!