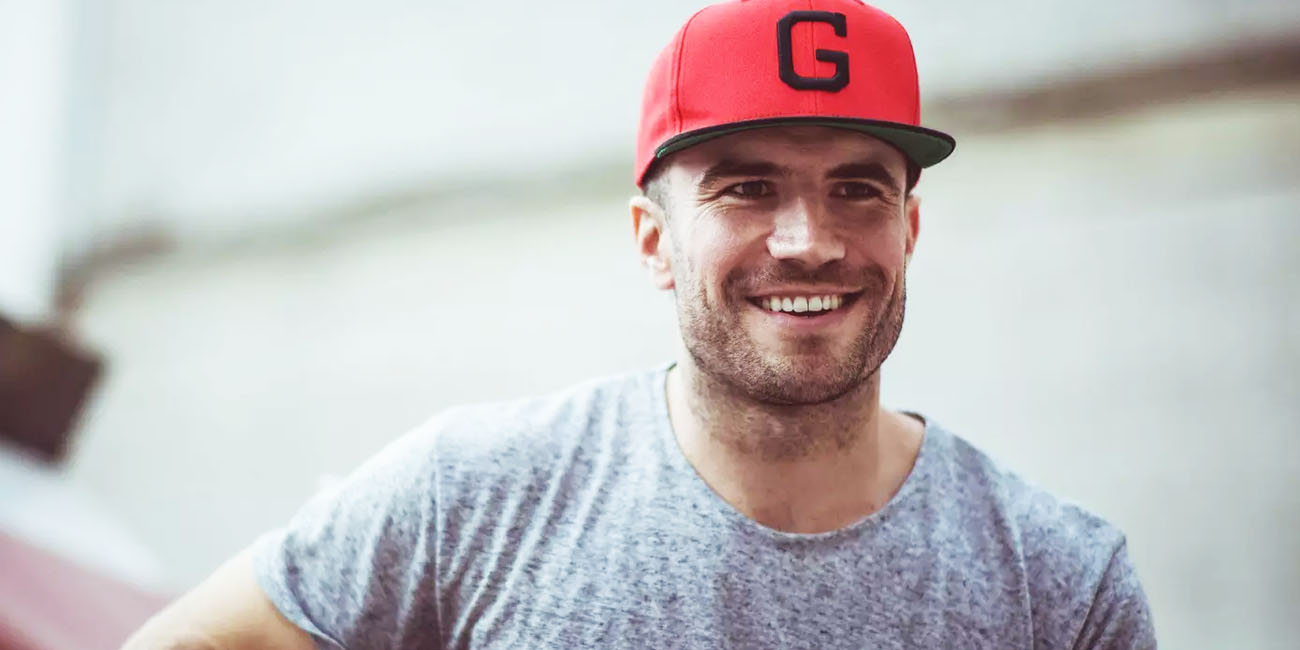 The Chainsmokers, became a mainstream sensation over the past year. The pair notched its first Billboard Hot 100 No. 1, the 12-week leader “Closer” (featuring Halsey), which broke the mark for the most weeks (27) tallied in the top five for any song in the chart’s history. Most recently, The Chainsmokers earned their first No. 1 on the Billboard 200 with their debut full-length LP “Memories…Do Not Open” and became the first duo or group in the Hot 100’s history to chart in the top 10 for a year (52 weeks) non-stop. In total, The Chainsmokers have generated 2.8 billion on-demand audio and video streams in the U.S., according to Nielsen Music. In addition, they have sold 8.8 million digital song downloads.

Halsey’s debut full-length album, “Badlands,” made a big splash on Billboard’s charts in 2015 – bowing at No. 1 on the Alternative Albums chart and No. 2 on the Billboard 200. The set would earn 1.2 million in equivalent album units in the U.S., according to Nielsen Music, and generate more than 1 billion on-demand audio and video streams for its songs. The album also granted Halsey her first hit single on the Billboard Hot 100: “New Americana.” The track would also reach multiple genre charts, including the top 20 of the Alternative Songs chart. Halsey climbed to new levels of success in 2016, thanks to her featured role on The Chainsmokers’ “Closer,” which spent 12 weeks at No. 1 on the Billboard Hot 100 and 27 weeks at No. 1 on the Hot Dance/Electronic Songs chart. In May of 2017, Halsey hit the top 40 of the Hot 100 with her current single, “Now or Never,” which also reached the top five of the Billboard + Twitter Top Tracks chart.

Following the breakthrough success of his full-length major label debut album, “Montevallo,” Sam Hunt has become a superstar on Billboard’s charts. The album spent nine weeks at No. 1 on the Top Country Albums chart, and has sold 1.3 million copies in the U.S., according to Nielsen Music. He’s earned six top 10 hits on the Hot Country Songs chart, including four No. 1s (“Leave the Night On,” “House Party,” “Take Your Time” and current single “Body Like a Back Road”). In April, “Body Like a Back Road” became his first top 10 hit on the all-genre Billboard Hot 100 chart, and has become his first hit on the Pop Songs airplay chart. Hunt’s songs have generated 1.5 billion on-demand audio and video streams in the U.S., according to Nielsen Music; along with 9 million in digital song sales. His total album sales stand at 1.4 million.

The Chainsmokers, comprised of Alex Pall and Drew Taggart, have evolved into a dominating musical force with a diverse repertoire of songs that have led them to become today’s hottest young artist/producer duo. With a signature sound that deftly reaches across indie, progressive and pop realms, their original tracks and remixes have topped the charts throughout the world. Their evolution as producers and as songwriters has seen them dial up some of the biggest breakthrough songs of the year. The Chainsmokers were recently nominated for 22 2017 Billboard Music Awards (tying the all-time record of most nominations in a single year) and have won a GRAMMY Award and an American Music Award. They have been nominated for three GRAMMY Awards, four American Music Awards, two Teen Choice Awards, two MTV Video Music Awards and eleven iHeart Music Awards (winning five). They have performed all over the world to sold-out crowds at their own headline shows and major festivals including SXSW, Ultra and Coachella, and also at the 2017 Brit Awards, the 2016 American Music Awards and the 2016 MTV Video Music Awards. The Chainsmokers released their debut album “Memories…Do Not Open” on April 7.

Born in New Jersey, Halsey went from releasing a song on soundcloud to selling out Madison Square Garden to a Platinum-certified debut album in less than seven months, with five Gold singles and more than 100 billion streams. In June she returns with her new vision, “hopeless fountain kingdom.” The GRAMMY® Award-nominated, multi-platinum alternative pop maverick was hailed by Billboard Magazine, Forbes and MTV as “the voice of her generation.” Now 22, she was recently named Billboard’s 2016 Women In Music Rising Star, appeared on the cover of Forbes’ 30 Under 30 issue and was hand-picked to perform at December’s Nobel Peace Prize Concert.

Grammy® Award-nominee, American Music Award winner and MCA Nashville breakout star Sam Hunt has established a name for himself and is one of music’s most talked about talents. On February 1, 2017, Hunt released his latest single “Body Like a Back Road,” which landed on the Billboard Hot 100 chart as his highest debuting single. It also premiered at No. 1 on iTunes charts. With its release, came the announcement of his headlining tour, entitled, “15 in a 30,” which will hit 29 cities this summer, from June 1 through Sept. 22, and feature Maren Morris, Chris Janson and Ryan Follese as guests. In 2016, Hunt earned his first-ever Grammy® nomination for “Best New Artist” and “Best Country Album.”  He also celebrated his first American Music Award earning the all-genre “New Artist of the Year” title and was nominated for four Billboard Music Awards.  Also in 2016, Sam wrapped his own headlining tour dates, as well as the “Spread The Love Tour” with Kenny Chesney and Miranda Lambert.

His debut album on MCA Nashville, “Montevallo,” featured the Triple-Platinum No. 1 smash single, “Leave the Night On,” as well as other No. 1 singles, “Take Your Time” and “House Party.” Called “stylistically provocative” by The New York Times and “deceptively phenomenal” by The Washington Post, Hunt is one of Rolling Stone’s “Artists You Need to Know.” Montevallo landed on multiple “Best Of” lists including the Associated Press, Billboard, Country Weekly, Los Angeles Times, NPR, Rolling Stone, SPIN Magazine, Village Voice and The Washington Post. Since the 2014 release of “Montevello,” Hunt has accrued over 2.8 billion streams and has earned an additional 10.5 million units in RIAA single certifications. Recent certifications include “Take Your Time” going triple platinum; “Leave the Night On,” “Break Up in a Small Town” and “House Party” each earning double platinum;” “Make You Miss Me” reaching platinum; and album track “Ex to See” hitting gold. As a celebrated songwriter Hunt’s credits include, in addition to all the tracks on Montevallo, Kenny Chesney’s No. 1 “Come Over,” Billy Currington’s No. 1 “We Are Tonight” and Keith Urban’s Top 10 “Cop Car.”  Hunt’s own eclectic style owes its roots to country music with influences in pop, folk and R&B.  With his soulful sound, Hunt has been winning audiences over throughout the world in recent years. For music, images, tour dates and more on Sam Hunt, visit www.SamHunt.com.

Fans can still vote online and on Twitter for Billboard Chart Achievement Award presented by Xfinity, and Top Social Artist. Voting for both categories will remain open until May 21, 2017, at 9:00 p.m. EDT / 6:00 p.m. PDT (one hour into the live broadcast).

Billboard Music Awards nominees are based on key fan interactions with music, including album and digital songs sales, streaming, radio airplay, touring and social engagement. These measurements are tracked year-round by Billboard and its data partners, including Nielsen Music and Next Big Sound. The awards are based on the reporting period of March 18, 2016, through March 16, 2017. Since 1940, the Billboard charts have been the go-to guide for ranking the popularity of songs and albums, and are the ultimate measure of success in music.

Tickets are on sale for the “2017 Billboard Music Awards.” Note, not all performances noted above will originate from the T-Mobile arena. To purchase tickets online, fans should go to www.axs.com or www.t-mobilearena.com.

For the latest Billboard Music Awards (BBMAs) news, exclusive content and more, be sure to follow the BBMAs on social media and join the conversation by using the official hashtag for the show, #BBMAs.

Billboard is the world’s largest voice in music, built on the most complete and well-respected database of charts across all music genres. The Billboard charts define success in music.  From the iconic Billboard magazine to  Billboard.com, the ultimate consumer-facing destination for millions of passionate music fans, to the industry’s most elite conference series and influencer events including the Power 100 and Women in Music – the Billboard brand has unmatched authority among fans, artists and the industry alike. Billboard has a social media footprint of 15.4 million social followers across Facebook, Twitter, Instagram, and YouTube, and created 86.9M cross-platform video views in Jan. 2017.

The “2017 Billboard Music Awards” are set to return to ABC and will be broadcast live from T-Mobile Arena in Las Vegas on Sunday, May 21 at 8:00 p.m. EDT / 5:00 p.m. PDT. The show will showcase this year’s hottest and biggest music stars.  Billboard Music Awards nominees are based on key fan interactions with music, including album and digital songs sales, streaming, radio airplay, touring and social engagement. These measurements are tracked year-round by Billboard and its data partners, including Nielsen Music and Next Big Sound. The awards are based on the reporting period of March 18, 2016 through March 16, 2017. The “2017 Billboard Music Awards” is produced by dick clark productions. Allen Shapiro, Mike Mahan, Mark Bracco, Barry Adelman and Robert Deaton are Executive Producers.
About dick clark productions