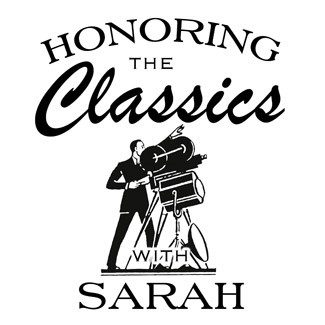 Los Angeles, CA (The Hollywood Times) 09/09/2019- During the silent film era, it was of no concern or consequence if there were no special effects, volume, or colorization on the screen. The true moments began when actors used their imaginations and pantomime on the screen to captivate an audience, and that is just what Diana Serra Cary did as a young silent movie actress.

Diana Serra Cary was known as the young starlet, “Baby Peggy,” and she personally took time with me to share her story as being the last silent film star of this century.

It all started when her mother visited the Century Studios on Sunset Boulevard with a neighbor who had to pick up a balance at the studio for being an extra in a film. Her father, a stand-in and stuntman, for Tom Mix, was working at Mixville at the time.

Frantically looking to hire a young actor to star in a film with a famously trained dog, named “Brownie the Wonder Dog,” silent film director Fred Fishbach noticed the soon-to-be “Baby Peggy” at the age of nineteen months old. He saw how well-behaved she was while her mother left with the neighbor for a few minutes and hired her for the job when her mother came back.

Playmates (1921) would set the new contract with Century for “Peggy Montgomery.” “Baby Peggy” would then begin her film journey, captivating the hearts of millions on screen.

What it was like for child actors to star in silent films and the environment behind the scenes on the set was not yet a consideration in the early film industry. During filming, Ms. Cary witnessed numerous accounts of animal cruelty, nearly drowned on the set of Seashore Shapes (1921) and completed her own dangerous stunts for films. She worked eight hours a day, six days a week: “I was starting so early, and I didn’t have any hesitation. I can’t imagine working in such conditions today. It was kind of a burden, but not much of a burden as I got older.”

Her father, always dictating to follow orders, shaped her obedient and sophisticated personality on set. She recalled that having that personality and taking discipline had served her well and saved her life on set in certain instances.

Her career and contracts were controlled mainly by her father. When money was earned, it was decided by both parents on where the money should go. “Baby Peggy,” worth almost four million dollars at the age of six, never got praise or the proper protection from her parents. They began spending all of her money, and she lost everything before becoming a teenager.

In 1939, the Jackie Coogan Law was passed to protect the earnings of child actors. Based on her own and fellow co-star Jackie Coogan’s similar experiences, with his parents also spending his money, Ms. Cary, later in life, became a supporter of “A Minor Consideration.” This organization was formed to give guidance and support to young performers in crises and circumstances such as these. Organized by well-known actor Paul Petersen, in 1990, she suggests, “It’s a wonderful cause for all to donate to.” www.aminorconsideration.org

Born in the midst of the silent film era, Diana Serra Cary witnessed many historic events, both beneficial and disastrous to society. “The moment in history that affected me the most was the Armistice of the First World War,” she stated.

World War I (1914-1918) left a lasting impact on nations both economically and technologically. About 40 million people were either killed or wounded. On November 11, 1918 at 11:00 AM, an armistice was signed between the Allies and Germany to end fighting on land, sea, and air. Had the fighting not ended, Ms. Cary would probably not have been able to grow up with a job as an actress in front of the camera.

When asked what her favorite role was, she declared, “Helen’s Babies because they had very clever designs. They were very modern. It was familiar to all of us.” Helen’s Babies (1924), produced by Sol Lesser, was one of “Baby Peggy’s” best roles on screen, and it attracted the eyes of many who watched the film. Starring Clara Bow, herself, and Edward Everett Horton, she grew very fond of this film and the story within it. “Clara and I didn’t have a strong relationship, but we were very close. She was very good with me, along with Edward Everett Horton. Clara took advantage of the opportunity to be in the film,” she said.

Sadly, large portions of Ms. Cary’s films are lost, however many have turned up as time continued. Little Red Riding Hood (1922) and The Darling of New York (1923) are films that have turned up in recent time. Brownie’s Little Venus (1921) was rediscovered in Switzerland in 2010. “They find them all over the world. I hope more will turn up for everyone to enjoy,” Ms. Cary enthused.

In speaking about the essence that silent films have provided on the screen, which has been studied for over a century, Ms. Cary stated, “You have to learn how to appreciate them and make room for them. Break ground so you can learn something else.”

Today she enjoys history and writing and has been a successful author to many of her own books on the film industry and her career. She has one son Mark Cary.

When I asked how she would like to be remembered, she replied, “As a Historian. I want to be seen as historical in the history of modern times. In Captain January, I was going into reality as a little girl. I want them to remember me in that film being it’s a creative reality.”

With appreciation to Mark Cary for making this interview possible.

Photos courtesy of the Baby Peggy Collection of Personal Photos