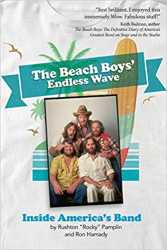 A biography by Rushton “Rocky” Pamplin with Ron Hamady.

Los Angeles, CA (The Hollywood Times) 3/27/19 – Rocky Pamplin had no idea what he was getting into when in 1976 his college buddy offered him a job as a caretaker for Brian Wilson.

Rocky would spend the next two and a half years as caregiver, protector, friend, bodyguard, and all around helper to Brian Wilson.

In recent years Brian Wilson, and Mike Love have published their own autobiographies. They each give a very different picture of the history of the band and their relationship to one another. Rocky’s book offers a different perspective and is a must read for any fan of The Beach Boys.

The book is very engaging and is truly hard to put down. It reads a bit as you might expect from a first time author and the rare black and white photos are not that well printed but then it is a paperback book. These concerns aside Rocky tells a very empathetic story of his real life experience working 24/7 365 days a year caring for Brian. This includes touring with The Beach Boys and all the excitement and turmoil that goes with that.

The start to this real life story is in 1976 when Brian Wilson was truly on the verge of becoming another victim of Rock and Roll excess. Brian’s cousin and the band’s manager Stephen Love along with Brian’s wife Marilyn make a plan to save Brian. They hired Stan Love, the youngest Love brother, and Stan’s college buddy Rocky to help Brian through some very troubled waters.

A good deal of the book is about Rocky and his life. We learn about his career as a pro football player. His life as a model appearing on the Wheaties box and as both the International Camel Man, and The Winston Man for cigarette companies. We learn about his acting career including his time on The Young and the Restless, his music career, and even about his time as a centerfold for Playgirl magazine.

The book however mostly gives the reader an inside look at the life of Brian Wilson.

We also learn a great deal about the wild and tragic life of Dennis Wilson. We learn a lot from Rocky about the interactions between this legendary band’s members made up of br 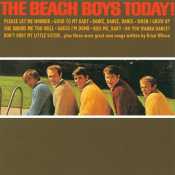 others, cousins, and best friends. We also learn a lot about the infighting, the heartache, and overall bad blood that existed within the band. Yet we also see that these Beach Boys, now men in their late 70s, have shared an on and off love for each other for nearly 60 years.

I have concluded that Rocky, along with Brian’s wife Marilyn, Brian’s cousins Stephen, and Stan did indeed save Brian’s life during those turbulent years of the late 1970s.