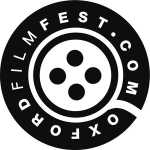 Oxford, MS (April 30, 2019) – Call for Entries open tomorrow for the 2020 Oxford Film Festival, which has moved to March taking place in Oxford, Mississippi, March 18-22, 2020. The 17th edition of the popular regional film festival again features OFF’s screenplay competition with cash prizes, as well as a reduced submission fee incentive for female filmmakers and people with disabilities. All juried competition winners will receive cash prizes along with their awards.

Oxford Film Festival Executive Director Melanie Addington, said, “The move to March was inspired by a desire to give us a little more breathing room following the Academy Awards broadcast and the conclusion of the Sundance Film Festival, opening up more potential for select films to play that fest as well as Oxford FF.”

Led by Addington, the Oxford FF will screen films in all genres, and focusing on “discoveries” through its film selections via submissions, as well as celebrating short screenplay writers and promoting and celebrating Mississippi filmmakers culminating in the presentation of the film festival’s award ceremony.

At the forefront of film festivals offering concrete policies and actions on behalf of films created by people with disabilities, and/or featuring performers with disabilities – those filmmakers can receive a 50% submission fee discount using code ReelOXFF2.

Addington has also re-confirmed her pledge that OFF will keep the efforts going as long as it takes to get to 50-50 female to male representation. When submitting their films to Film Freeway for consideration by the festival, women should use the following submission code to receive their 50% discount: BlacheOXFF. The festival also joined the Parity Pledge to get to 50-50 by 2020 joining festivals such as Cannes, Berlin and more.

Festivals that sign the pledge through Women in Hollywood.com will compile statistics of gender and race of the directors of all the films submitted to selection, and when applicable, will also compile all members of the cast and crew mentioned in the registration process of the film and make public the gender and race of all the members of selection committees, programmers, programming consultants, and the gender and race of executive boards, and/or boards of directors. All of this will done with an aim toward committing to a schedule to achieve parity in each of these bodies.

With the growth of the LGBTQIA+ category, in addition to the continuation of the discounted submission fees for female filmmakers demonstrates the real, tangible support for artists of all genders, lifestyles, and cultures that the Oxford Film Festival represents in the South. The film festival has made a name for itself nationally in that regard for the impact it is making with filmmakers, film artists, and the local community, by embracing its place artistically, politically, and socially in Oxford and the state of Mississippi.

The Oxford Film Festival has established itself as a leader and prominent “voice” in the regional film festival community as it continues to take real, and lasting, action in order to offer an oasis of culture, a position of advocacy and support on behalf of minorities, women, and the LGBTQ community, as it supports diverse voices in the state of Mississippi.

While submissions are now open, the festival will also be launching its first female filmmaker retreat leading up to the festival this fall for March 2020.

Submissions can be made at https://filmfreeway.com/festival/OxfordFilmFestival, and more information is available at www.oxfordfilmfest.com.

The Oxford Film Festival’s competitions for 2020 include:

Artist Vodka Film D’Or Prize
The top 10 films will be selected to play the 2020 Oxford Film Festival. The top 10 will receive a hotel for 3 nights during the festival. A grand prize of $15,000 will be given to the winner which will be determined 50% by judges and 50% by audience participation at the screening at the 2020 festival.

Rules of the competition include: The film must be less than 30 minutes. Any genre is allowed.

The top 10 films will need to incorporate “In Association with Artist Vodka” in the credits.

All juried film categories include:

ABOUT OXFORD FILM FESTIVAL
The Oxford Film Festival was founded in 2003 to bring exciting, new, and unusual films (and the people who create them) to North Mississippi. The annual five-day festival screens short and feature-length films in both showcase and competition settings. The festival is a 501c3 not-for-profit organization. For more information, visit www.oxfordfilmfest.com.