Hollywood, California (The Hollywood Times), 4/5/17 – The banners are up and around the famous TCL Chinese Theatre and all around the Roosevelt Hotel in Hollywood in preparation for Turner Classic Movies Eighth Annual Film Festival starting tomorrow, Thursday, April 6th through Sunday, April 9th.

It’s not too late to get your festival pass. Click on the link to see which pass is right for you: http://filmfestival.tcm.com/attend/

They also sell individual tickets for screenings, click the link to see the prices: http://filmfestival.tcm.com/attend/individual-tickets/ 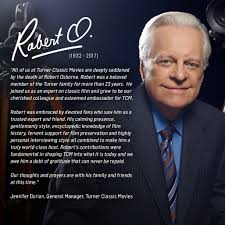 This year the TCM Classic Film Festival celebrates Robert Osborne by dedicating the Festival in his honor. There will be special programming on Thursday, April 6 from 12:30 – 2:00 p.m. TCM will host “REMEMBERING ROBERT,” a panel featuring TCM staff members, and actress Diane Baker, who will be on hand to share their stories about Robert. All passholders and pass levels are invited to attend. All screenings on Thursday will feature a tribute video to Robert before every film. TCM staff members and friends will share memories and stories about Robert Osborne, celebrating his life and love of classic films.  All passholders and pass levels are invited to attend.

Here are some cool facts as to why you should attend this amazing Film Festival:

Legendary actor Michael Douglas will attend the 2017 TCM Classic Film Festival for a pair of major events. On April 8, Douglas will sit down with TCM host Ben Mankiewicz for an in-depth interview about his career at the legendary The Ricardo Montalbán Theatre as part of the annual Live from the TCM Classic Film Festival series. In addition, the Oscar®-winning icon will participate in a discussion following a screening of the 1979 thriller The China Syndrome, which he produced and starred in opposite Jane Fonda and Jack Lemmon. 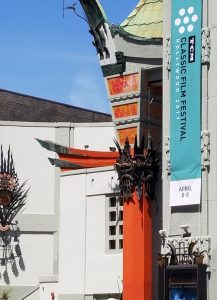 “Michael Douglas has been part of our collective Hollywood consciousness his entire life. From chasing bad guys through the streets of San Francisco to playing an iconic bad guy in Gordon Gekko, Michael has stayed not only relevant, but vital,” said Ben Mankiewicz. “To say that I’m looking forward to discussing the career of an actor who played Liberace 38 years after producing One Flew Over the Cuckoo’s Nest is a huge understatement.”

TCM continues to add screen legends and beloved icons to its impressive lineup for the 2017 TCM Classic Film Festival, which is set to take place April 6 – April 9 in Hollywood, including: 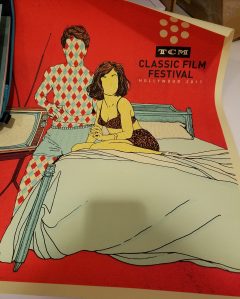 Best in Show (2000) – cast members from Christopher Guest’s acclaimed mockumentary – Fred Willard, John Michael Higgins, Jim Piddock and Bob Balaban – will be on hand to discuss the hilarious comedy about the eccentric characters competing at a national dog show.

Bob Newhart – the Golden Globe® and Emmy® winner will introduce a screening of Hell Is For Heroes (1962).

John Landis, Jim Abrahams, David Zucker and Jerry Zucker – will attend a 40th Anniversary screening of their irreverent sketch comedy The Kentucky Fried Movie (1977) and participate in a conversation about the film.

Dick Cavett –Emmy-winning television personality will introduce screenings of Monkey Business (1931), the first original film production from the Marx Brothers, Way Out West (1937) and sit down for a conversation in Club TCM.

In addition, the 2017 TCM Classic Film Festival will present a number of rare screening events that celebrate cinema’s ability to immerse viewers in the film experience, including:

Nitrate Films – this years festival will showcase the history of cinema and highlight the institutions that work hard to protect original nitrate prints for contemporary audiences to experience, including Academy Film Archive, George Eastman Museum and the UCLA Film & Television Archive. Lineup includes: Black Narcissus (1947), The Man Who Knew Too Much (1934), Laura (1944), and Lady in the Dark (1944) all shown at the Egyptian Theatre. Nitrate projection made possible through support of the Hollywood Foreign Press Association, Turner Classic Movies and The Film Foundation in partnership with the American Cinematheque and the Academy Film Archive.

Cinerama – a screening of the very first film made for the ultra-widescreen process – the aptly titled This is Cinerama (1952) – in its original format presented at ArcLight Cinemas’ Cinerama Dome. 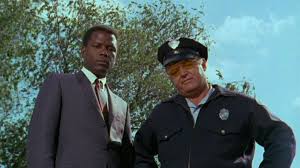 Previously announced events and appearances include Oscar® winner Sidney Poitier for the 50th anniversary opening-night screening of In the Heat of the Night (1967); Mel Brooks for the 40th anniversary screening of his Hitchcock spoof High Anxiety (1977); actress Lee Grant for screenings of Detective Story (1951) and The Landlord (1970); and actor-director Peter Bogdanovich for screenings of The Last Picture Show (1971) and What’s Up, Doc? (1972). Grant and Bogdanovich will also be interviewed in the Festival’s central gathering point, Club TCM. And legendary father and son filmmakers Carl Reiner and Rob Reiner will be honored with a hand and footprint ceremony at the TCL Chinese Theater IMAX®.

Complete bios for each of the artists appearing at the 2017 TCM Classic Film Festival and for film descriptions, please visit the festival’s website: filmfestival.tcm.com

About the 2017 TCM Classic Film Festival

For the eighth consecutive year, thousands of movie lovers from around the globe will descend upon Hollywood for the TCM Classic Film Festival. The 2017 festival is set to take place Thursday, April 6 – Sunday, April 9, 2017. Over four packed days and nights, attendees will be treated to an extensive lineup of great movies, appearances by legendary stars and filmmakers, fascinating presentations and panel discussions, special events and more.

TCM host Ben Mankiewicz will serve as official host of the TCM Classic Film Festival, with TCM’s Tiffany Vazquez introducing various events. The festival’s official hotel and central gathering point for the eighth consecutive year will be The Hollywood Roosevelt Hotel, which has a longstanding role in movie history and was the site of the first Academy Awards® ceremony. The Hollywood Roosevelt Hotel will also offer special rates for festival attendees. Screenings and events during the festival will be held at the TCL Chinese Theatre IMAX, the TCL Chinese 6 Theatres and the Egyptian Theatre, as well as other Hollywood venues.

This year’s festival theme will be Make ‘Em Laugh: Comedy In The Movies. From lowbrow to high, slapstick to sophisticated comedies of manners, the 2017 TCM Classic Film Festival will showcase the greatest cinematic achievements of lone clowns, comedic duos and madcap ensembles.

Turner Classic Movies (TCM) is a two-time Peabody Award-winning network that presents great films, uncut and commercial-free, from the largest film libraries in the world highlighting the entire spectrum of film history. TCM features the insights of hosts Robert Osborne and Ben Mankiewicz, plus interviews with a wide range of special guests and serves as the ultimate movie lover destination. Currently in its 22nd year as a leading authority in classic film, TCM offers critically acclaimed series like The Essentials, along with annual programming events like 31 Days of Oscar® in February and Summer Under the Stars in August. TCM also directly connects with movie fans through events as the annual TCM Classic Film Festival in Hollywood and the TCM Classic Cruise, as well as through the TCM Classic Film Tour in New York City and Los Angeles. In addition, TCM produces a wide range of media about classic film, including books and DVDs, and hosts a wealth of material online at tcm.com and through the Watch TCM mobile app.