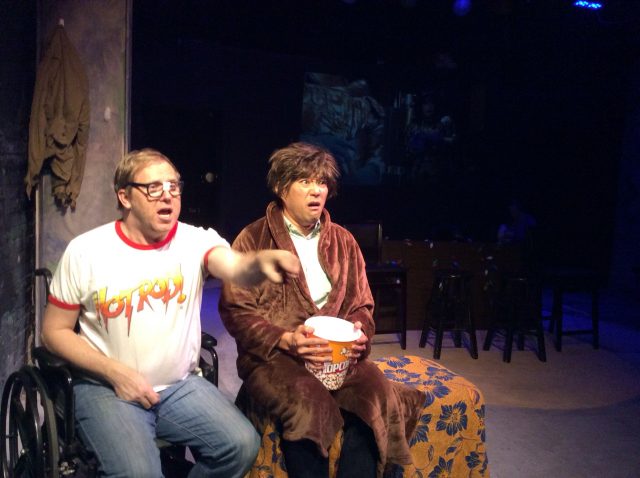 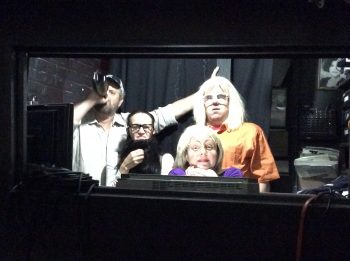 Hollywood, CA (The Hollywood Times) 12/16/2018 –  “Who thought they’d still be talking about Star Wars in 40 years?” says a fictional CBS executive with incredulous hindsight in the new equity-waiver production Special. Which tells you everything you need to know about TV executives.

But seriously, before Star Wars was $4 billion of Disney intellectual property… before it was the first of a dozen blockbusters… before it was canon taken as seriously as the New Testament… it was just a movie.  A popular, family-friendly movie with a successful line of Kenner action figures accompanying it. It was perfect fodder, thought CBS Television, for a holiday TV special. Han Solo! Princess Leia! Luke Skywalker! What could possibly go wrong? 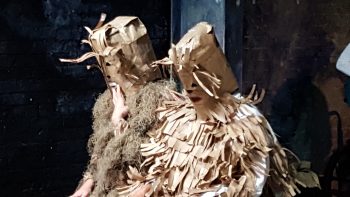 Everything, of course. Everything went wrong with the 1978 Star Wars Holiday Special, to the point that it never aired on television again, was never issued on VHS or DVD, the director took his name off the credits and George Lucas (played by Rich Lehmann) tried to buy and burned every copy made. The Love Boat got better ratings that night, and deservedly so. (You can now watch the special on YouTube. I do not recommend trying it. Life is hard enough without watching Art Carney, Harvey Korman and Bea Arthur juxtaposed against wookiees.)

Writer/producer Andrew Osborne (Cash Cab, Apocalypse Bop) thought this “making of” this fiasco could be a nostalgic, funny and scathing play. “The doomed CBS special remains fascinating as both a time of hilariously bad show biz decisions, and a tribute to the… people who made them,” says Osborne. It is a perfect example of how “the hackneyed variety show aesthetic transformed the extraordinary back into ordinary, everyday mediocrity.”

Osborne is right. This is fantastic grist for a show. Not necessarily the show currently being staged, but definitely a show.

Opening night at the Theatre of NOTE in Hollywood was filled with an appreciative audience, most of whom had never seen the 1978 special and none of whom, it’s safe to say, worked for CBS in 1978. This made a lot of the in-jokes incomprehensible. The fact that the cast of characters numbered over 40 and the actual cast numbered six made it doubly confusing. There were times when Marty Yu-wearing-glasses got into an argument with Marty Yu-chomping-a-cigar. You can revel in its silliness, or wish for a better work flow chart. Kerr Lordygan is tasked with playing Bea Arthur.

Okay, that bit of casting was actually a lot of fun, as were Wookiee costumes inventively made out of brown paper bags and the very Bruce Vilanch-like sniping of Alex Elliott-Funk as Bruce Vilanch. Again and again, faux-Vilanch butts in to argue this isn’t at all the way it really happened, and Disney please don’t sue us. Still, a bunch of people who can’t really sing pretending to be a bunch of people who can’t really sing belting out a song considered unlistenable in the first place… remains unlistenable.

Co-producer Lance Guest (The Last Starfighter, Knots Landing) is the best known – and strongest – member of the small cast, giving gravitas to both a CBS marketing executive and Harrison Ford… plus five other roles, just for the heck of it.  He commands a stage nicely, and not just because he’s 6’3”.  One understands his and director Kerr Seth Lordygan’s attraction to the property. Given some time, some better contextualization (for instance, lighting the interstitial videoclips so they are visible) and maybe some funds, this could grow up to be a hoot. For now, it’s recommended mostly if you are already in on the joke.