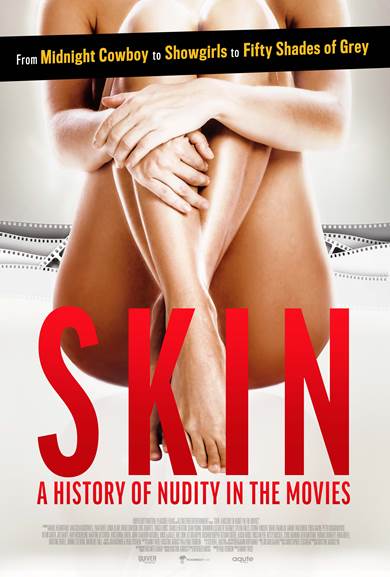 This is a fabulous look into the history of motion pictures of nudity in film.  The film is beautifully put together and all the film clips lead to the story of Skin, nudity in film. The interviews with the stars and directors are their stories and was nudity meant to them at the time of making that film and now talking about it in today’s time.  A must see film for all film buffs and those that enjoy the history of filmmaking.  Don’t miss this film out today.  It’s a choice that was made in those times. The Hollywood Times

A definitive documentary on the history of nudity in the movies, beginning with the silent movie era through present day, examining the changes in morality that led to the use of nudity in films while emphasizing the political, sociological and artistic changes that shaped this rich history.

Skin delves into the gender bias concerning nudity in motion pictures and will follow the revolution that has pushed for gender equality in feature films today. A deep discussion of pre-code Hollywood and its amoral roots, the censorship that “cleaned up” Hollywood and how the MPAA was formed leads into a discussion of how nudity changed cinematic culture through the decades. It culminates in a discussion of “what are nude scenes like in the age of the #METOO movement?”