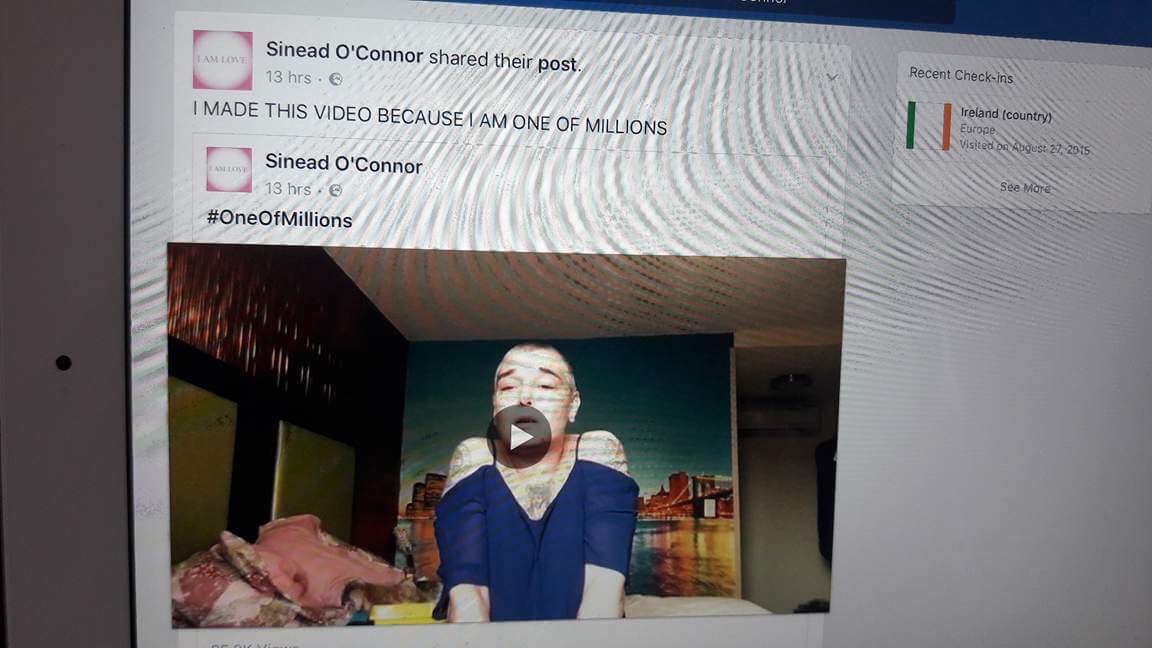 Sinead O'Connor is an artist who creates even when in pain and suffering from her own personal mental health challenges thousands of miles across the Atlantic Ocean from her beloved Ireland. On August 3rd, 2017 she posted a passionate humble emotional yet in control twelve plus minutes video putting her heart on the line for help from the fathers of her children whom she misses.

Either people love her or they are bewildered by her but she is her own person very strong in her honesty and ahead of her time her whole life has she has addressed controversy. When she tore up the picture of the Pope on Saturday Night Live show in the US years ago she was making the most of a worldwide opportunity to awaken her protest of the tip of the iceberg of clergy abuse.

Sinead describes herself in her personal video as "5'4" woman needing help as she is dying". She has been two years away from Ireland and Sinead compassionately pleas for the help of those she has financially helped over the years. Sinead is a fighter for her life yet she confesses her vulnerbility as she is dealing with a kidney stone and other health problems. Recently she had sent word to Crumlin fighter Conor McGregor to sing for his upcoming fight against Mayweather as she had sung at a previous McGregor match.

With the 2017 list of rock n roll suicides growing as well as suicide on the rise in many communities, Sinead has stated that she would not go that route for the sake of her children. Fans hope that her strength will keep her to her word of resilience to triumph over her current hurdles and regain her health to enjoy her life.