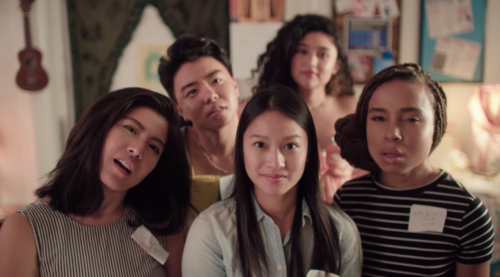 Los Angeles, California (The Hollywood Times) 10/27/2020 – Sideways Smile is the queer, Asian-American comedy web series about Alex, a young Brooklynite on a journey of self-discovery after reluctantly enrolling in a class on sexuality to learn how to have an orgasm.  A style-shifting, consistently entertaining six-episode premiere season explores queer sexuality and the Asian-American experience in New York City. The creator, writer, director, and producer of Sideways Smile, Hang Nguyen is also the Founder of Femsex Boston. Femsex Boston is an organization that runs a community workshop on female sexuality and identity.

As an Educator and Filmmaker, why is SIDEWAYS SMILE so important?

Sideways Smile is important because it is about challenging the status quo. It’s a story that normalizes the sexual journey of an Asian American woman as she learns about the world and discovers who she wants to be, not who society has told her she should be.

Tell us about your new web series.

Our show centers on the queer Asian American experience. It was also created by queer Asian American people, non-binary people, women of color – all the people whose stories are not represented or told in mainstream media. By our sheer existence, we are challenging the status quo. 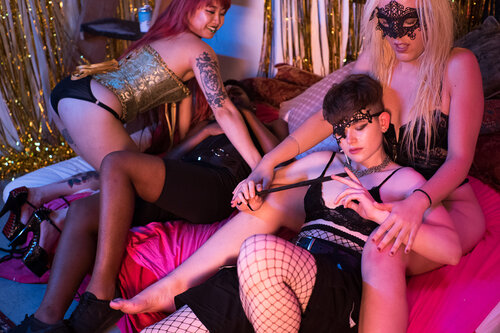 Sideways Smile is very entertaining. What is your favorite scene?

My favorite scene is in Episode 2 where Alex asks Josh about his dating preferences. I love the way the scene builds and how sinister it is. There’s also a lot of homages to Get Out (like the Fruit Loops!). The actors killed that scene and the scoring was perfect.

The film was set in New York City. What is the symbolism behind the setting?

New York is a bastion of diversity in the best sense — it’s not part of the city, it is the city. The same can be said of Sideways Smile. The fact that the show is full of characters with wildly different identities, experiences, and backgrounds is the heart of the show.

How are you using comedy as a way to talk about serious subjects?

In the show, comedy is used to highlight the ridiculousness of the world that people of color live in and experience. I wanted to show the absurdity of what women are taught about their pleasure, how the fetishization of women of color can occur, and just how silly it was that Tilda Swinton played a bald Asian man in a movie. All of these extreme moments of comedy offer commentary on the state of the world and turn the lens on society. How did we get here? And how does one, in these moments of extreme absurdity, learn and grow from gaining this new perspective on the world.

Tell us about the diversity at the heart of your series.

The idea that it’s hard to find non-white actors that can carry a series is patently insane, and we have the cast to prove it. With that directive for the people in front of the camera, we could do no less behind the camera. Our crew was almost entirely women and non-binary people and over half people of color. 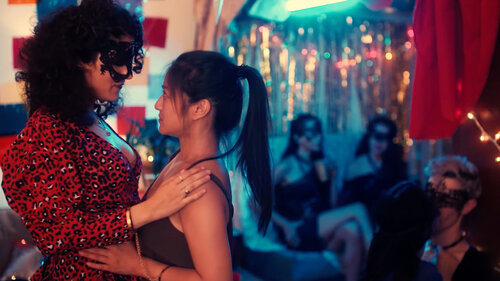 What would you like to see socially as a response to your web series?

I would love to see young people be able to have the language and stories to carve out a new path for themselves, one that they may not have thought was possible for themselves before.

You are the Founder of Femex Boston. Tell us more.

When I graduated from college, I had very little understanding of myself, my sexuality, and my body. But then I moved to DC and took this class called FemSex. It was a grassroots sort of workshop that moved from universities into communities, and it opened my eyes to so many things no one had ever taught me about life. It radically changed my outlook. I ended up moving back to Boston, my hometown and knew that I wanted to take FemSex with me. I worked with the existing organization and did my own organizing in Boston. It started really small but I helped it grow, and even after I left Boston it continued to operate for a few years.

Over the years, I have taken the class and facilitated it a few times, and every iteration has taught me so much. It has been so helpful to me that it made me want to share the ethos of the workshop with an even wider audience–through the magic of media.