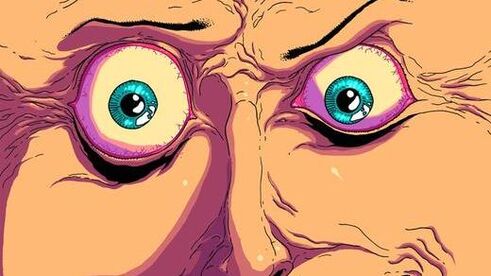 LOS ANGELES – February 18, 2020 – SHOWTIME has announced that it is developing and has ordered multiple scripts of the half-hour series THE AUTEUR, starring Academy Award® nominee Jude Law (The Young Pope) and directed by Academy Award® winner Taika Waititi (Jojo Rabbit, The Mandalorian), who will also write with Peter Warren (Ghost Team). The project, produced by SHOWTIME and Legendary with Endeavor Content serving as studio, is based on the graphic novel by Rick Spears, James Callahan and Luigi Anderson. The announcement was made today by Amy Israel, Executive Vice President, Scripted Programming, Showtime Networks Inc.

Desperate to make a great horror movie after a massive bomb, a film producer accidentally traps his production on a backlot with a serial killer. THE AUTEUR is a gonzo horror-comedy, a twisted romance and a glamorous, high wire act of biting satire. 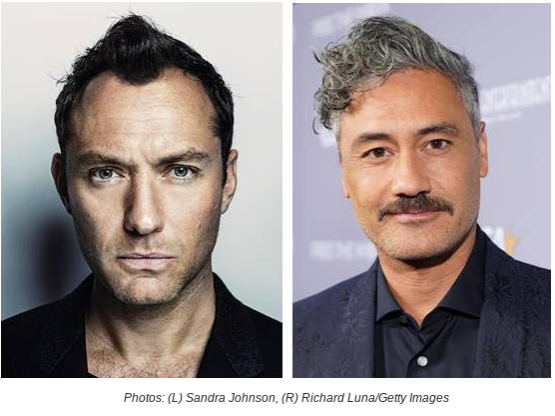 “THE AUTEUR unites the wildly imaginative filmmaker Taika Waititi and the barbed wit of Peter Warren with the undeniable Jude Law in a bloody love letter to the movies that will make you simultaneously die laughing and want to run for your life,” said Israel.

Law received Oscar® , Golden Globe® and BAFTA® nominations for his performances in Cold Mountain and The Talented Mr. Ripley (winning the BAFTA for the latter), along with two additional Golden Globe nods for Artificial Intelligence: AI and The Young Pope. His numerous film credits also include Captain Marvel, Fantastic Beasts: The Crimes of Grindelwald, The Grand Budapest Hotel, Anna Karenina, Sherlock Holmes and Sherlock Holmes: A Game of Shadows, Hugo, The Aviator, Closer, Alfie, Road to Perdition, Enemy at the Gates and Wilde.

Waititi wrote, directed, produced and starred in Jojo Rabbit, which won him an Oscar®, a BAFTAv and WGA® for Best Adapted Screenplay and PGA and DGA nominations, as well as an Academy

Award nomination for Best Picture, a Golden Globe® for Best Motion Picture – Musical or Comedy and a SAG Award for Outstanding Performance by a Cast in a Motion Picture. Waititi directed Thor: Ragnarok, as well as wrote and directed, the feature films Hunt for the Wilderpeople, What We Do in the Shadows, Boy, the Oscar nominated short film, Two Cars, One Night.  He served as executive producer, co-writer, and director of this year’s TV adaptation of What We Do in the Shadows, and directed the season finale of The Mandalorian, while also voicing the character.