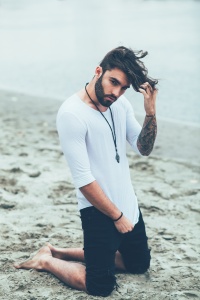 “Films about Latin America or with Latino cast, crew are encouraged to enter. The group’s purpose is to showcase Latin America, inclusion and works that might not be seen in mainstream media but have cultural value,” says Lu Ramirez—director at Cine+Mas.

Festival dates are set for September 15-30, 2017 at multiple theaters throughout the Bay Area. The organizers invite everyone to take part in the festivities including opening and closing night parties, film seminars, and of course screenings. Early bird passes can be found here, online.

Those who would like to sponsor, host, or participate in upcoming events can contact a Cine+Mas development rep directly at info [at] sflatinofilmfestival [dot] com. And for more information about year-round programming, follow Cine+Mas on Twitter @SFLatinoFilm.
Click on the FilmFreeway button below to get started with the submission process! https://filmfreeway.com/festival/SFLatinoFF