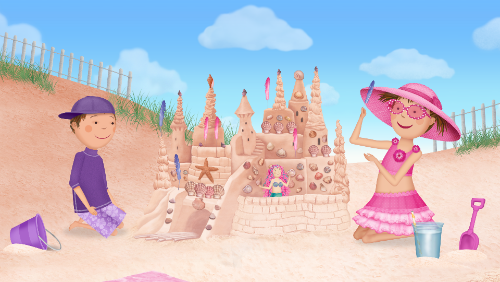 A new season of PINKALICIOUS & PETERRIFIC  is set to premiere on PBS KIDS beginning March 30 with a week of brand-new episodes! The much-anticipated second season brings even more colorful, imagination-fueled fun to families everywhere, as the episodes dive deeper into arts education plotlines, covering areas such as music, dance and visual arts. From planning parties and playdates to creating costumes, puppets and more, preschoolers are in for pinkamazing adventures alongside their favorite sibling duo!

“A Birthday Party for Kendra”

Pinkalicious is shocked to hear that Kendra has never celebrated a birthday before, so she decides to throw her a surprise party with the help of their friends! But a pinkaperfect party isn’t what Kendra had in mind.

Norman the Gnome is really excited — his friend Edna is coming over to play! Pinkalicious and Peter put their gnome-thinking caps on to help Norman plan the perfect playdate.

Pinkalicious and Peter spot Kendra in a flashy store-bought go kart! With some help from Mommy, they make a homemade kart, the Sparkle Speedster, but is it fast enough to beat Kendra? 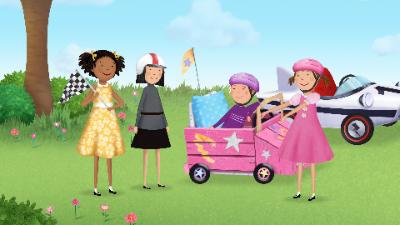 Peter is missing one of his favorite lucky socks! To help her brother out, Pinkalicious creates a sock puppet with the sock Peter has. Pinkalicious and Peter then work with the puppet, Mr. Socko, to retrace Peter’s steps to find its other pair.

Curriculum: (Visual Arts) An introduction to creating a puppet through found objects and learning to manipulate (or operate) it to create its character and show emotion.

The Pinkertons discover a cat on their front doorstep! Pinkalicious and Peter realize that while taking care of a cat is tough, things can get even hairier when they wake up to find three new kittens.

Flora’s goat Greta has escaped her farm, and Pinkalicious and Peter help track it down. After running all over Pinkville, they find the goat on top of Town Hall! How in the world are they going to get Greta down?

Curriculum: (Music) Listen and respond to music from a variety of cultures and languages.

The Pinksters have a new mascot – the pinkatoo. Pinkalicious and friends make a mascot costume, but who will wear it and help cheer the soccer team on?

Curriculum: (Theatre) To create a character and embody that character when putting on a costume.

In addition, PBS KIDS for Parents offers a wide array of free arts activities based on the show, so that families can be creative and have fun together while they’re at home. The activities include Tell Me a Story, Create Your Own Accidental Art and Dance Party, among many others. 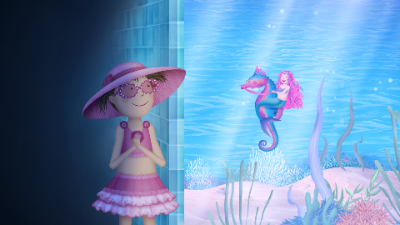 A very interesting story on PBS Parents that shines a spotlight on the “pink cliché” – and the idea that girls can proudly LOVE pink and be strong, independent leaders: “…for the girls out there who love all things pink and girly, Pinkalicious gives them a role model who is valued by her community: a girl who is never made to feel like she has to choose between loving pink and being a smart, creative thinker…because she is valued as both.”