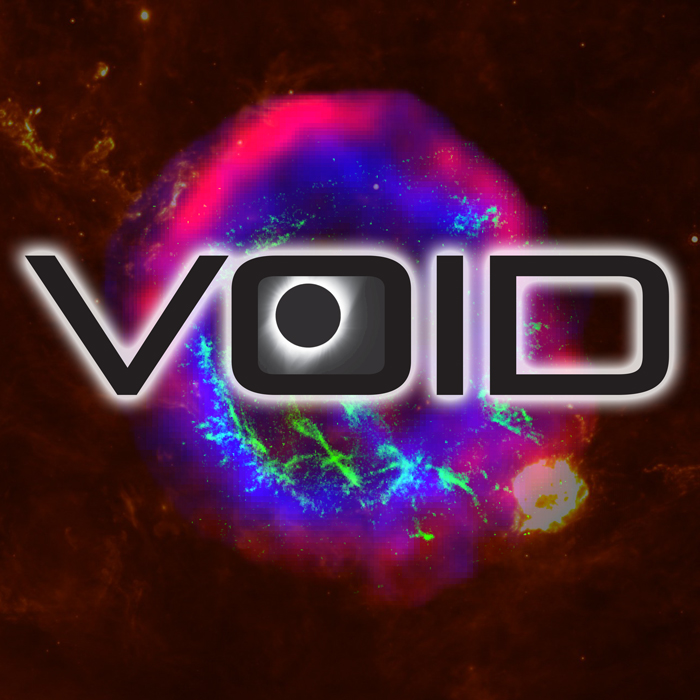 Are You Prepared for What’s to Come?

Los Angeles, CA (The Hollywood Times) 08/15/2020- What is one form of entertainment that actually flourished during this time of COVID?  If your answer is podcasts then you are correct. Podcasts have been sprouting up all over due to the increase in free time that individuals have accrued. There are many different types of podcasts that a subscriber can listen to: nonfiction narrative storytelling, hybrid, interviews/panel discussions, and repurposed content. Sean McKnight, a huge Sci-fi enthusiast, has created a suspenseful podcast that will have you wanting more. VOID transports the subscriber into Earth’s future in the year 2083 where it has become a wasteland due to years of pollution. The survivors that are left, battle more than just their environmental conditions and their chance of survival starts to deteriorate.

“VOID is basically about these survivors that are trying to find a new home, and the crew that gets entangled in that mission. In season one, it’s about these earth blowers that are trying to relocate out into space and the plan that they are trying to formulate. It’s largely centered around my character, Jonas, and his quest to get out of the earth colony to try and find a new home however way he can. The clock is ticking and he has just so much time before it’s too late,” said McKnight.

Coming from a radio background, McKnight started his career in audio production. He knew that he wanted to make a podcast when they started to become popular in 2008, but wasn’t sure what he wanted it to be about. He knew he didn’t want to do interview style because of how prevalent they had become. Being inspired by Orson Welles, who narrated the War of the Worlds, McKnight started to create a world that the audience could step into.

“Many people believed that the War of the Worlds was actually happening when it was played on the radio,” explained McKnight. “I liked the idea that Orson Welles created, which was having the viewer feel like they were actually standing there and not just listening to people talking. I wanted to create this audio theatre experience that allowed the audience to feel like they were experiencing the story and not just listening to it being told to them.”

Creating this audio theatre experience wasn’t too hard for McKnight to accomplish because of his love for Sci-Fi and his skills in audio production. However, McKnight did credit much of his success to co-collaborator Jeni Miller who became the overseer of the production.

“Jeni contributed a lot of wisdom into the script,” said McKnight. “She came up with the development of her own character, Nova Bayflower, which helped me figure out the arc of the character. She did go through the script to check on the spelling and continuity as well. She was very hands on in that sense.”

“When Sean came to me with this idea of a new podcast, I didn’t know much about podcasts previously so I was intimidated by the process at first. However, I wanted to step outside my comfort zone and try to tackle something new. I knew that working with Sean, this would be a great opportunity to do this because he’s someone whom I trusted to do things well, professionally, and see everything all the way through. What he really sold me on was the real bonus with everything; it was going to be a science fiction serial podcast. He and I love Sci-Fi so I knew right then that together, we were going to make sure this became something really special,” said Miller.

McKnight and Miller had many obstacles to tackle throughout the making of this podcast especially when COVID hit.

“Part of the idea for the characters in the first season was about our limitations, which I talked to Jeni about. We were careful about hiring a ton of actors and spending a lot of money because we wanted to pay everybody fairly. At the same time, in terms of practicality we decided we could also play a couple of roles ourselves. So, I wrote the first season keeping small in mind. It let us keep the cost down and allowed us to figure out the formula which helped me formulate the script and the direction to take it. When COVID hit, we paused production for a hot minute. As time went on, however, Jeni and I started having meetings about when to get back to work. We decided we could do our table reading through zoom with all our new actors we wanted to work with for our second season. As far as our recording goes, luckily it worked out really well because half of our cast had their own microphone set ups. I had to just listen to their sound recordings to make sure they worked, which they did,” Said McKnight.

“Trying to study up on this new format of the entertainment business was difficult for me,” said Miller. “The process of being a producer was very similar, as far as organizing things ahead of time in preparation for the production to take place: the casting, the scheduling, the budgeting, the everyday pre-production work, etc. But podcasts are a whole new media format that I wasn’t comfortable working with in the beginning. I wasn’t working on the usual shot list this time, but was still working on the recording schedule. There was an adjustment to be made. It wasn’t overly difficult, but I guess it was the trickiest part of this adventure for me.”

Being a filmmaker himself, McKnight decided to create a blooper reel of all the funny moments that occurred on set allowing the audience to see behind the scenes of a real podcast.

“I tried to incorporate the behind the scenes footage as much as possible for the audience,” claimed McKnight. “One funny moment we had on set was when three of our actors: Aimee Theresa, Norm Macera, and Mike Sutton decided to have a hula experience before they started to record their lines. This was pre-COVID of course. It looked like a crazy group of people hula dancing to nothing in the studio. They did it to loosen up, relax, and to listen to each other. It was quite a hula experience.”

VOID is currently in its second season which will be released in the Fall. There are a lot of differences between the two seasons that the audience will notice.

“The first season took place in a colony on earth underground so it has kind of a dark vibe to it. It dealt with a lot of political forces that controlled everything. There was a lot of struggling going on with the people who were trying to survive and that was the kind of existence on Earth for that moment.  Where as in season 2 it goes into a different direction because now its at a space station, which has a whole different vibe to it. It’s not about survival but about all kinds of things like vice, technology, and all these things that sort of transcends what’s going on Earth right now. Its intense, has strong emotional tones to it, and its more light hearted. Another thing that has happened with it is there are a lot more characters because we are building bigger characters to create an ensemble for future seasons,” said McKnight.

McKnight and Miller have a strong vision for this podcast which they hope will lead to future funding opportunities.

“Ideally if we could make a living out of this some day that would be great,” explained McKnight. “For now, we want to keep producing episodes and having fun with it. I have at least 7 or 8 seasons worth of material if not more, so I want to keep going with it as long as I can. As long as there’s an interest in it and we have enough listeners for it, then I want to keep producing. We want to build up the audience enough to have advertisers and make other opportunities happen.”

“I keep telling Sean that these episodes should be a TV series because I see them in my mind so clearly. I think that these stories are better than most of the series out there that we’ve seen. I guess we will see what happens,” claimed Miller.