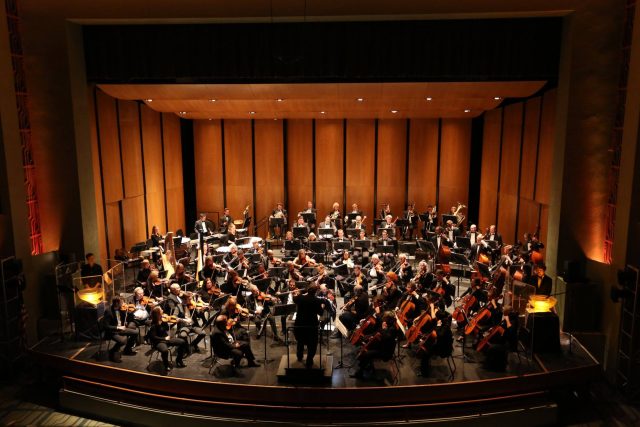 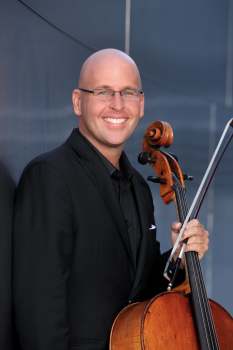 Santa Monica, CA (The Hollywood Times) 11/1/19 – The Santa Monica Symphony had its season opening concert on Sunday, October 20th in Santa Monica High School – Barnum Hall, under the baton of Guido Lamell with the extraordinary cellist Robert deMaine as soloist performing the Dvorak Cello Concerto.  The program also included the Oberon Overture by Weber and the delightful, An American in Paris by Gershwin.

As always, Guido creates an entertaining atmosphere and rapport with the audience.  His descriptions of the music to be played are a delight for everyone.  Even Bob deMaine described the experience like a religious revival to the audience.

The Overture was played with excitement and verve and the brass and winds were at the top of their game.  It is a demanding piece for orchestra and of special significance as this great overture was performed on the very first concert of the Santa Monica Symphony in their first season.  The wonderful KUSC radio personality Rich Capparela  was marvelous as always introducing Guido and the Orchestra.  The Symphony depends on donations from the public and there is nobody better at soliciting the public to support the orchestra than Rich.  Follow him on KUSC as he is a delight to listen to.

Robert deMaine is a personality to behold on the cello.  He has had an extraordinary career and has been the principal cellist of the Los Angeles Philharmonic for years.  The Concerto by Dvorak is one of the greatest concertos written for any instrument.  It is lush and sad and yet a great virtuoso piece for the instrument.  The performance by Bob deMaine was as great as you can ever imagine to hear it.  He has a tone that is like a fine wine and a brilliant technique.  We had the joy of hearing him describe his relationship to this great work which was his inspiration to become a cellist in the first place.  The LA Philharmonic is so lucky to have this artist leading the cello section.  This writer thinks he should be a major soloist as he is in the class of YoYo Ma and Rostropovich.   Guido provided a wonderful accompaniment with the orchestra that complimented the performance throughout.  DeMaine then pulled a fabulous encore out of his hat at the last minute that wowed the audience yet again.

The concert finished with, An American In Paris suite by George Gershwin.  This is one of the great popular pieces of the classical literature.  You are aware of the traffic in Paris and the sights sounds of the city.  It is a jazz oriented work and was originally performed with 4 original taxi horns from Paris in 1928.  He composed it as a humorous piece and with the addition of celeste, snare drums, saxophone, tom-toms, glockenspiel and horns one really is taking a walking stroll through the city of Paris.  One could see that the orchestra was having fun performing this piece.  Guido was a personality to watch on the podium and the orchestra did an admirable job creating a portrait the city of Paris. 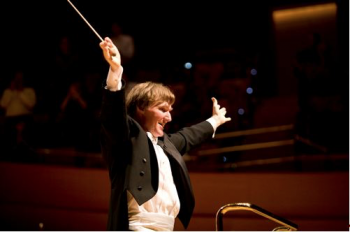 The next concert scheduled will be the extraordinary 5th Symphony of Gustav Mahler on December 15th.  This is one of the most demanding works in the orchestral repertoire and not to be missed.  Go check them out at:  https://www.smsymphony.org/