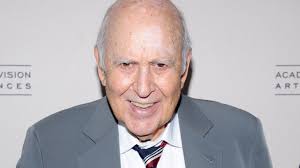 LOS ANGELES (June 30, 2020) – SAG-AFTRA celebrates the incredible life and legacy of SAG-AFTRA member Carl Reiner, who died Monday at age 98 with his family by his side. “A comedic genius behind the scenes and in front of the camera, Carl Reiner was a beloved entertainer who leaves behind iconic partnerships with Mel Brooks, Sid Caesar and Dick Van Dyke. We are fortunate to be the recipients of the talent Carl shared with the world, and of the many opportunities he provided for his fellow actors to shine through his writing and directing. Our hearts go out to his children, Rob, Sylvia Anne and Lucas,” said SAG-AFTRA President Gabrielle Carteris. Reiner joined the union in 1957.

SAG-AFTRA represents approximately 160,000 actors, announcers, broadcast journalists, dancers, DJs, news writers, news editors, program hosts, puppeteers, recording artists, singers, stunt performers, voiceover artists and other entertainment and media professionals. SAG-AFTRA members are the faces and voices that entertain and inform America and the world. A proud affiliate of the AFL-CIO, SAG-AFTRA has national offices in Los Angeles and New York and local offices nationwide representing members working together to secure the strongest protections for entertainment and media artists into the 21st century and beyond. Visit SAG-AFTRA online at sagaftra.org.