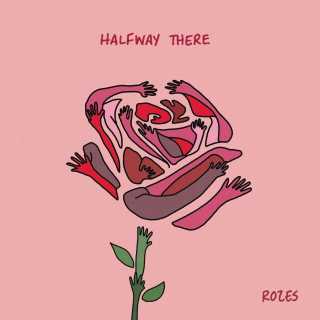 Official Anthem for the 2019 Women’s March on NYC and Affiliate Marches
Watch Now HERE
Stream “Halfway There” Now HERE
Added to 55+ Spotify Playlists, 1.25M+ Streams And Counting!
Multi-platinum singer / songwriter ROZES has released the highly anticipated new music video for her impassioned single, “Halfway There.” Featuring stories of power in the face of adversity and strength in hardship, the music video includes every important and influential woman in ROZES’ life, as well as pro MMA fighter Jaime Colleen and her daughter.
Inspired by the #MeToo movement, “Halfway There” pays homage to the hard work and dedication of the women that have come before us, as well as offers words of encouragement and support to the women of the future. Its motivating and electrifying message is the perfect way to begin the new year and is sure to not only be the anthem for this year’s Women’s March, but also an anthem for a generation of fierce women who are continuing to rise up, speak their truth and fight for equality demand change and defend our rights. Listen to “Halfway There” HERE.
Of the video for “Halfway There,” ROZES states, “This video is so special to me because it includes so many strong women, including every important influential woman in my life. I am honored and humbled by these individuals. Each woman has their own story of struggle and triumph as a woman. Each has their own fight. But together we stand, and empowered we are.”
“Women’s March Alliance is honored to be working with an artist that is as passionate about women’s rights as we are,” says the Women’s March Alliance. “‘Halfway There’ embodies everything that we are marching for this year. We have accomplished so much since 2017, but there is still much work to be done.”
ROZES has been featured on / written records for The Chainsmokers (2+ billion radio audience), Galantis, Cash Cash, Big Gigantic, Logic, Cheat Codes + more. She recently performed her track featuring Nicky Romero “Where Would We Be” on Good Morning America, CONAN & Ultra Mainstage. Her songs have been streamed over 1 Billion times. Keep an eye on ROZES as she releases more music in what is sure to be a groundbreaking year.