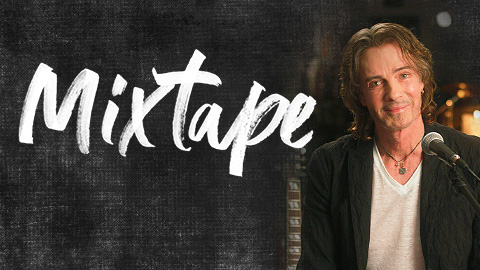 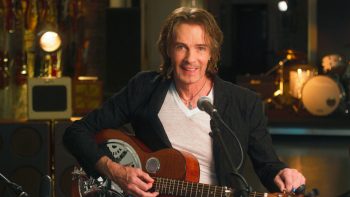 Chart-topping rocker Rick Springfield joins this week’s episode of AXS TV’s star-studded classic rock series MIXTAPE this Thursday, Sept. 26 at 8:30pE/5:30pP, sharing his personal mixtape and a few stories along the way, including the inspiration behind “Jessie’s Girl” and how the Rolling Stones inspired him to collect obscure rock albums.

In this first-look clip Springfield shares the real story behind writing his hit “Jessie’s Girl,” revealing his connection to the real-life “Jessie.”

“I started going to this stained glass place in Pasadena. And the reason I kept going was because there was this girl there that was burning hot and she had a boyfriend, his name was Gary, and she didn’t want anything to do with me. So I took my sexual angst home and wrote a song about her. I tried “Gary’s Girl,” but it didn’t ring. I actually had this original lyric sheet and I changed it to “Randy’s Girl.” I’d actually started writing “Randy is a friend,” and halfway through that line I thought you know what… no. So this name Jessie popped up in my head. I loved it, I went full tilt on the writing and recording thing.”

Mixtape airs Thursdays at 8:30pE/5:30pP on AXS TV. The eight-episode season puts the spotlight on a different rock icon each week as they sit down to discuss their favorite songs of all time—sharing their own personal mixtape playlist of meaningful music that shaped their lives and left an enduring impact on their legendary careers.