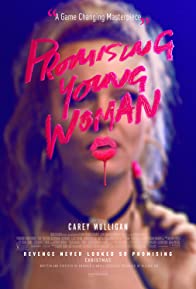 Responding to the realities of the pandemic, Cinelounge has re-opened as an outdoor venue, a drive-in theatre in a lot adjacent to its original location, 1625 N. Las Palmas Blvd., Hollywood, CA 90028. Health and safety protocols will be strictly observed. Cinelounge’s famous ten luscious flavors of scrumptious gourmet popcorn will be available in sealed packaging.

Cinelounge Drive-In has made some changes to its January schedule. Notably, the buzzed-about feature film Promising Young Woman has been added to the line-up and will play January 4 through January 10, 2021.

Wonder Woman 1984, now playing, will conclude its run on January 7.

Tenet, Mank, Citizen Kane and Eraserhead  have  been dropped from the screening schedule.

Still playing as previously announced from January 8 through January 10 is Redemption Day.

Cinelounge Drive-In will go dark for a brief hiatus from January 11 through January 14.

The award-winning documentary MLK/FBI and the new thriller Don’t Tell a Soul will screen as previously announced from January 15 through January 21.

Cinelounge Drive-In is changing its pricing schedule. Admissions will now be from $20 to $30 per person. Please contact the venue for prices for your desired feature. The former charge of $40 per carload was requested to be changed by patrons attending as singles.

RUSH TICKETS: Limited sales of $10-per-person rush tickets will be available two hours before a screening for features that are not already sold out.

Contact venue for show times. At Cinelounge Drive-In, in the lot adjacent to 1625 N. Las Palmas Blvd., Hollywood, CA 90028.. Capacity is limited, and tickets and refreshments must be purchased in advance. FM radio is required for audio. Restrooms are available in the theatre lobby. For information, call 323) 924-1644. For tickets, go to http://arenascreen.com

Cinelounge Drive-In’s sister venue, Arena Cinelounge Sunset on Sunset Blvd., is an indoor venue and remains temporarily closed due to the pandemic.