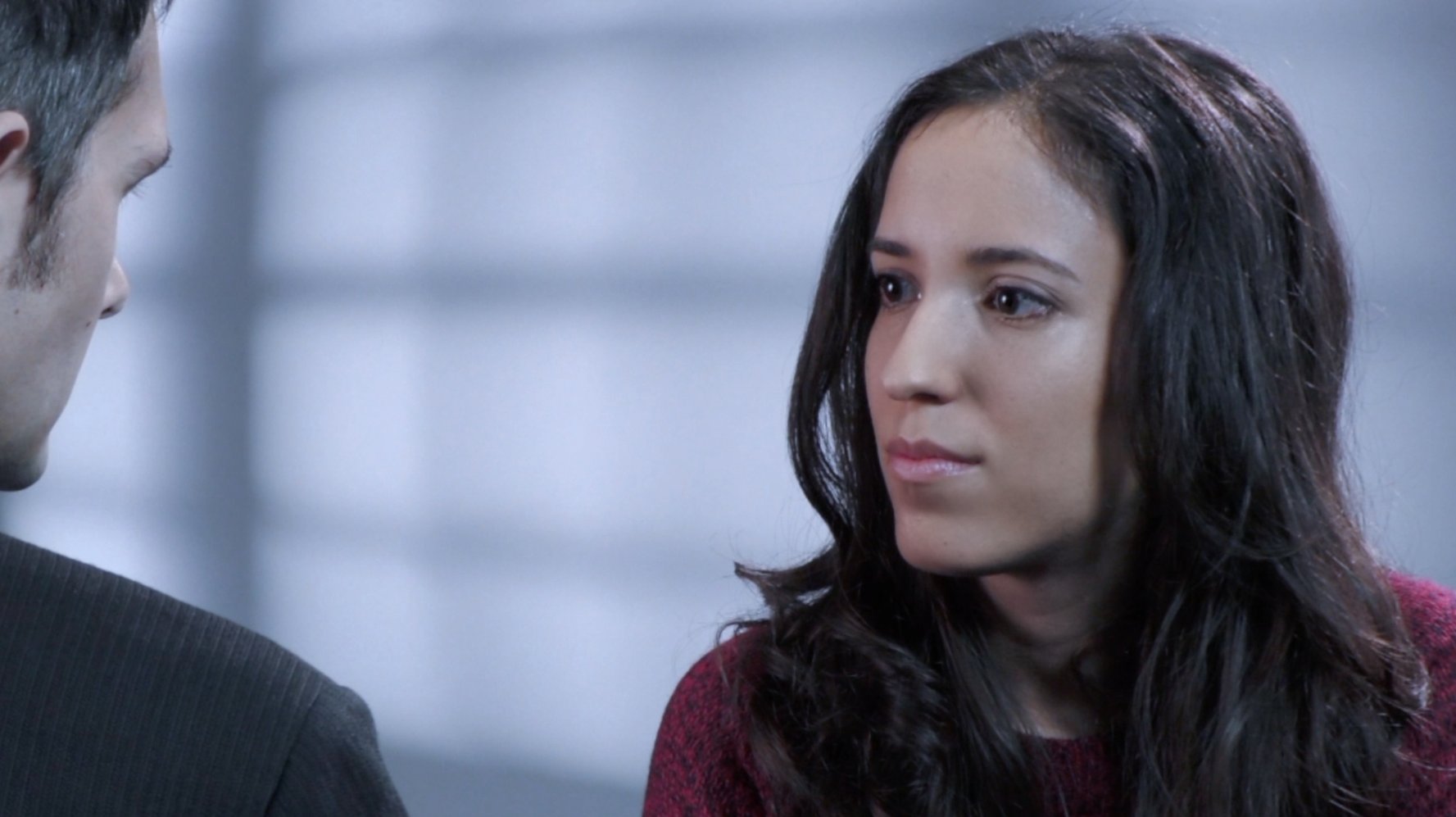 West Hollywood, CA (The Hollywood Times) 6/12/17 – Spanish actress and violinist Rebeca Nuez was introduced to Cannes audiences this year in both musical and acting roles.  The classically trained musician was invited to perform at the prestigious Cannes Fashion and Short Film Awards on May 20th at the Intercontinental Carlton Hotel and at the Cinemoi Gala on May 24th.

Nuez also made her debut at the 2017 Cannes Film Festival and Marché du Film, cast in major roles in “In Search of the Miraculous,” “House of Deaths” and “The Spanish Version,” films by accomplished British director/producer/writer Brian Skeet, founder of Joan Productions.

Nuez was born in Las Palmas de Gran Canaria and raised in Arucas, a small town on the north of the island.  She currently resides in Maastricht in The Netherlands.

Nuez began her music education at three years old under the guidance of her father.  At six she began studying violin with her uncle, the renowned Russian violinist Mikhail Vostokov, and continued her studies under his guidance until the age of 18.

She then moved to Rotterdam to study with Russian pedagogue Natasja Morozova at Codarts, and went on to earn her bachelor of arts in music with Professor Kyoko Yonemoto.  She plans to begin her master’s program next year with Professor Yonemoto.  Today, she frequently performs in concerts and recitals in Spain, The Netherlands, Belgium, Germany, Czech Republic and China.

Her foray into acting began at age 14 when she was invited to perform in a series of shows to commemorate the tenth anniversary of a prestigious theater in Las Palmas de Gran Canaria.  In the series, each actor was asked to personify a specific side of the art world, and Nuez personified ‘music.’  This experience had a major impact on the young violinist, who soon recognized the deep connection between acting and playing music.

In 2016, Nuez was cast in three films by Brian Skeet.  Skeet comments, “I truly believe that the passion Rebeca shows for her music will be translated in the films she is doing for me.  The ethos for Joan Productions is that we celebrate new talent and new faces and I can say I cannot think of anyone I want to celebrate more than this young actress.”

1.  Like many musicians, you got your start very early in life.  How was your prodigious musical talent first manifested?

My first memories regarding music are those of my father making most of my childhood games relate to music.  Most of my toys were musical instruments or gadgets that would make me experiment with sound.  I’ve got a very vivid memory of me sitting on the floor with my father, with him playing a recorder flute and having me to play along with him on this tiny little toy piano.

He began teaching me solfège and to feel and understand rhythm.  By age 6 I had started my formal violin training under the supervision of my uncle.

2.  You are of Spanish descent and have studied the violin with Russian and Japanese mentors.  What impact have these different influences had upon your style?

Well, I’ve definitely learned about discipline and hard work.  The Russian and Japanese cultures are widely recognized for these traits, and those are essential attributes to possess in order to become a musician.  Or in order to become good at pretty much anything, I would say!

3.  How exactly did you personify ‘music’?  What is its essence in your view?
Oh, this happened when I was 14 years old.  I then had my first professional artist contract, which would precisely link music and theatre.  I had been invited to perform in a series of shows to commemorate the 10th Anniversary of an important theatre venue in Las Palmas de Gran Canaria, along with three very experienced stage actors.

Each one of us was to be the personification of a different side of the art world, and I got to be “Music.”  I had to perform different pieces and then react to the other actors and create the illusion that the music itself was a living part of the theatre, both as a physical place and as an artistic concept.

4.  Incredibly, you appeared in THREE films by Brian Skeet at the 2017 Cannes Film Festival, the largest cultural event on earth.  Please comment on your roles and your expectations for their reception.

Yes, I’m so incredibly grateful to Brian for such a wonderful opportunity.  These films belong to a series of projects he has presented in the Marché du Film, in order to find financiers to launch them and start the production.

Brian has worked with some of our most respected professionals in the industry, so I feel quite honored to be joining him.  On the other hand, the scripts are certainly amazing, and the idea of making them come to life… Utterly thrilling!