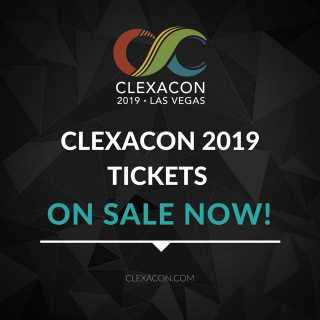 The Hollywood Times, March 14, 2019, Las Vegas, NV – Standing tall and strong as the largest convention for LGBTQ+ women and allies, ClexaCon continues to affirm its unwavering commitment to focus on the power of queer women to create big and lasting change in front and behind the camera.

Returning to Las Vegas’ famed Tropicana Hotel April 11th through April 15th, 2019, for its third consecutive year, the one-of-a-kind event will once again bring together actresses, directors, producers, writers, comic book illustrators, visual artists, academics, journalists and fans from over 40 countries and all 50 U.S. states to celebrate the best of LGBTQ+ TV and film.

Fans will have a chance to attend a series of panels on a variety of topics, workshops, charity events, parties, a red-carpet soiree as well as a three-day film festival.

Bringing their “A” game, Ashley Arnold and Danielle Jablonski – the masterminds behind the hugely popular convention – are not just shaking things up this year, they are changing the game too.

The duo is decidedly cranking up the volume on ClexaCon’s mission to push forth its enduring message of diversity, equality and inclusion of LGBTQ+ women in entertainment at various levels of the industry.

Putting an extra laser-focus this April on the importance of education and academics, ClexaCon strives to empower and inspire more LGBTQ+ women to get involved in content creation while simultaneously embolden allies to improve representation for LGBTQ+ characters in their creative work.

Impressively drawing some 4,000+ attendees from over 40 countries last year, ClexaCon is on track for another impressive year.

As we keep witnessing the proliferation of the #RepresentationMatters hashtag across social media platforms, the message is clear: we’re in desperate need of more diverse voices.

This is why the Con continues to provide educational resources for the community to aid in the push for better representation. Its goal is to teach and motivate more LGBTQ+ women to participate in creating the stories that actually reflect America’s evolving cultural landscape.

LGBTQ representation on television in 2018 hit a record high this year, according to GLAAD’s annual TV diversity report. Sadly, the same can’t be said about its Hollywood counterpart. The GLAAD report found that filmmakers and producers miserably failed to include LGBTQ+ characters in their work.

“While we’ve made considerable strides in moving the needle culturally, there’s still not enough queer women creating content,” say Danielle Jablonski, “we need to counter the roadblocks Hollywood continues to put in front of us and provide more avenues to educate and teach the next generation of LGBTQ+ women about how to tell their stories and get their content out to the world”.

“We all want to see our stories told,” added Ashley Arnold, “the success of shows like Pose, Supergirl, Black Lightning, Adventure Time, Vida and One Day At A Time – all featuring inclusive storylines – denotes a clear audience demand and pressing interest for new and diverse story angles.”

To that end, ClexaCon is proud to be an active community collaborator teaming up with some of the top industry institutions and LGBTQ+ players in Arts & Entertainment.

SAG-AFTRA, YouTube Space L.A., Dash Production, Tello Films, Outfest and UNLV, are all on track with ClexaCon’s mission to act as a catalyst for change and work to advance professional achievement for LGBTQ+ women working in all areas of film, Television, video, digital streaming platforms and other screen-based media.

Remaining at the forefront of the fight to put queer female stories front and center, ClexaCon will kick-off the 5-day convention on April 11 with a creative new concept: a one-day event with two different Labs respectively filled with panels, workshops and networking.

The Creators Lab, in partnership with SAG-AFTRA, YouTube Space L.A., DASH Productions and Tello Films, aims to inspire and empower the next generation of LGBTQ+ women, trans and non-binary creators.

The Academic Lab, in association with The University of Nevada Las Vegas (UNLV), will welcome queer academic fans of queer content, Scholars/educators of queer fandom to educate, energize and invigorate the next generation of academics.

Also new this year is the exclusive collaboration with Outfest – one of the premier LGBTQ film festivals in the world – that will see the winner of Best Short Film at the ClexaCon 2019 Film Festival receive automatic inclusion in the Outfest Film Festival in 2019.

ClexaCon 2019 will rally under one roof some of the community’s most prominent figures on television.

Strengthening its philanthropic values, this year’s ClexaCon Cocktails for Change and Fun Run will be benefiting The Visibility Fund – a non-profit organization dedicated to supporting LGBTQ content creators.

“Advocacy is a powerful lever for real impact,” comments Ashley Arnold, “we’re honored to be giving back this year to a community partner like The Visibility Fund that shares our voice and stands for our mission.”

ClexaCon might represent different things for everyone, yet the one common thread for all remains its unique ability to bind us all together as one big family and organically impart a sense of solidarity and empowerment. At its core it stands as an international convention that fundamentally exists to remind LGBTQ+ women, as Commander Lexa would say, that “your fight is not over.”

For More Information go to: www.Clexacon.com

Watch the promo video at: https://www.youtube.com/watch?v=wZpKO9NyN5A

TUNE IN: Harry Hamlin, Jimmy Smits, Susan Dey and the Cast of ‘LA Law’ to Reunite on ‘Stars In The House’