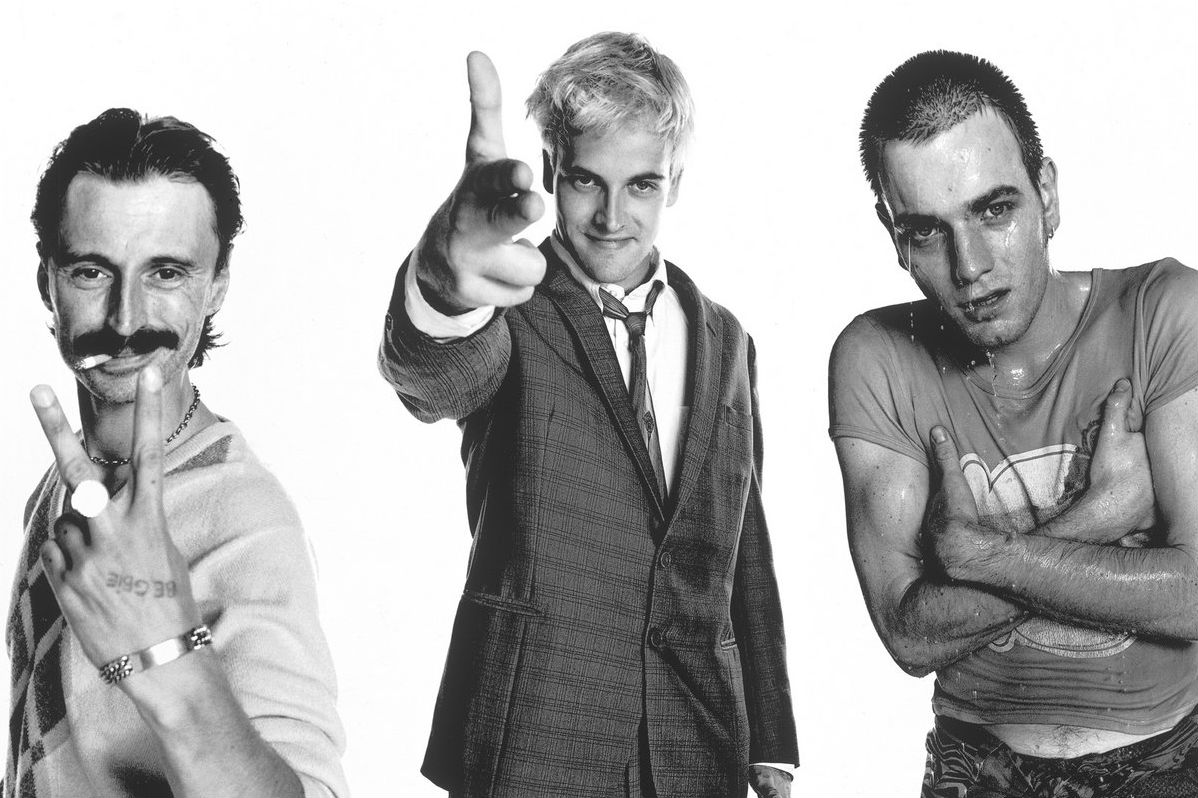 
– BIDS CAN BE PLACED ONLINE FROM ANYWHERE IN THE WORLD AT:
PROPSTOREAUCTION.COM
– ALL LOTS SOLD WITHOUT RESERVE

Prop Store, one of the world’s leading film and TV memorabilia companies, is proud to present an online auction of original props, costumes and other memorabilia used in the making of Danny Boyle’s hit sequel T2 Trainspotting, with proceeds being donated to two charities in Scotland: The Junction and Calton Athletic.

Renton’s (Ewan McGregor) Post-Fight Costume and Begbie’s (Robert Carlyle) Finale Costume, are just two of over 130 costumes and props that will go under the hammer in the T2 Trainspotting online auction.

The lots will be offered in the auction that began yesterday Monday 10th April at 5:00pm GMT at propstoreauction.com.

Bidding on all lots will close on Friday 21st April at 5:00pm GMT.

*** All bidding takes place online and lots can be shipped anywhere in the world.

*** All lots are being sold without reserve, allowing the fans to determine the final bid prices.

Some of the notable items collectors and fans can bid for include:

T2 Trainspotting is a film that was highly anticipated by fans of Danny Boyle’s original, which certainly didn’t disappoint. We’re thrilled to be able to offer these great props and costumes whilst supporting two fantastic charities, The Junction and Calton Athletic who are doing terrific things for communities in Scotland.”

“I was introduced to The Junction by their Patron Irvine Welsh last April, and was so impressed by what I had seen that when it came to choosing the two beneficiaries of T2 Trainspotting memorabilia auction The Junction was an obvious choice. It feels really apt to be supporting The Junction in this way as it works with young people to reach their potential on the very streets Trainspotting grew out of.”

Calton Athletic was a natural choice to support with the auction also – you might remember them from the opening of the original Trainspotting – the team the boys play are none other than the Calton Athletic five-a-side team. The charity was key to accessing the drug world and they remain an inspiration and do wonderful things for the cause.

The auction was yesterday and it started at 5:00 PM.

Lots can be viewed and bidders can register to participate at http://propstoreauction.com/view-auctions/info/id/69/.


Images of key auction lots can be downloaded from the following Dropbox link:


A trailer detailing the auction can be viewed at the following link:
https://www.youtube.com/watch?v=NCCYirGE8ss&feature=youtu.be

Operating since 1998, Prop Store founder Stephen Lane’s love for movies led him to begin hunting for the same props and costumes that were used to create his favourite films. He found that he could not only provide collectors with access to their most coveted pieces, but also establish archival standards for a new, pop-culture hybrid of fine art and memorabilia collecting – prop art. Prop Store handles prop disposal, sale, archive and auction services to production companies and distributors as well as fixed price item sale on its website.

About T2 Trainspotting
First there was an opportunity, then there was a betrayal. Twenty years later, Mark Renton (Ewan McGregor) returns to the only place that he can ever call home. There waiting for him are old buddies Spud (Ewen Bremner), Sick Boy (Jonny Lee Miller) and Begbie (Robert Carlyle). Sorrow, loss, joy, vengeance, hatred, love, fear, regret, self-destruction and mortal danger are also all lined up and ready to welcome him.

About The Junction
The Junction is an award-winning health & wellbeing charity based in Leith which works with young people to help them reach their potential. It has been successfully working with young people aged 12-21 years for over 10 years through education, information, and by providing a safe and welcoming environment with caring staff and volunteers.

About Calton Athletic
Calton Athletic Recovery Group has been helping individuals recover from drug and alcohol addiction through their unique abstinence based programme since 1985. Their main aim is to provide support through weekly recovery meetings, as well as various physical activities, both of which they believe are integral to achieve and sustain long term recovery.