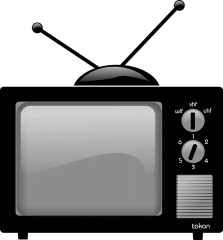 Los Angeles, CA (The Hollywood Times) June 29, 2019 – ON THIS DAY (Wednesday, June 26, 2019) “The Garry Moore Show” debuted on CBS in 1950. It was initially broadcast in the Monday to Friday 7 p.m. half-hour and the roster of talent appearing on the variety series included Carol Burnett, Durward Kirby, Marion Lorne,Dorothy Loudon, Allen Funt and John Byner…Sonny and Cher were divorced in 1975, which did not bode well for their solo careers as variety show hosts…ABC half-hour daytime drama “Loving” debuted in 1983. It ran through Nov. 10, 1995 and was replaced by spin-off “The City”…Celebrity Birthdays: Three actors turn 49: “Will & Grace” star Sean Hayes, “NCIS: Los Angeles” star Chris O’Donnell and Nick Offerman from “Parks and Recreation;” baseball legend Derek Jeter is 45;  Nickelodeon star Jennette McCurdy is 27; pop singer Ariana Grande is 26.

Ratings Breakdown:
The program standout last night, as always, was “America’s Got Talent” on NBC, which scored a hefty 6.9 rating/12 share in households from 8-10 p.m. But the return of CBS summer mainstay “Big Brother” was no slouch at a 3.3/ 6 from 8-9 p.m. Comparably, this was the second highest rated show of the evening (which was still 51 percent below the first hour of competing “AGT”), and it was just six percent below the 3.5/ 6 for the year-ago season opener (3.5/ 6 on Wednesday 6/27/18). For a look at the standout moments over the first 20 seasons of “Big Brother,” click here

For the remainder of the analysis for Monday, June 25, click here

Weekly Ratings Scorecard
What follows is the Live+Same Day data for the five broadcast networks for the week of June 17. It was a traditionally low-rated week, which is very typical for this time of the year. But ABC netted its fourth consecutive weekly win in adults 18-49, which is its longest winning streak in the demo since 2005.

Change versus the comparable year-ago period appears in parentheses.

CBS Puts David E. Kelley Drama “The Lincoln Lawyer” in Development
CBS has given a series production commitment to an adaptation of Michael Connelly’s best-seller “The Lincoln Lawyer” from David E. Kelley (“Big Little Lies”). The drama, like Connelly’s series of novels and the 2011 film starring Matthew McConaughey, revolves around Mickey Haller, an iconoclastic idealist who runs his law practice out of the back of his Lincoln town car as he takes on cases big and small across Los Angeles. There is yet no word on who will be playing the lead role in this new series.

Connelly is attached as an executive producer alongside Ross Fineman, who previously worked with Kelley on Amazon’s “Goliath.” The project hails from A+E Studios and CBS TV Studios.

A “Lincoln Lawyer” series was previously in the works at ABC, with the network ordering a script from Lionsgate following the movie’s release 2011. But it was never picked-up to series.

Comedy Central Greenlights “Good Talk with Anthony Jeselnik”
Comedy Central has ordered a comedic interview series called “Good Talk with Anthony Jeselnik.” Each episode will feature an interview with one of Anthony’s comedian friends as they discuss all things comedy. Over the course of six episodes, Jeselnik will sit down with David Spade, Kristen Schaal, Kumail Nanjiani, Natasha Leggero, Nick Kroll, and Tig Notaro.

The logline: In “Good Talk,” Jeselnik switches gears from his signature acerbic style for tongue-in-cheek interviews with his fellow comedians about their careers, influences and what it’s like to live in his massive shadow. Jeselnik and his guests center their conversations around stand up, stories and bits and participate in elegantly bizarre studio segments.

OWN to Launch New Series “OWN Spotlight: Black Women OWN the Conversation”
OWN has ordered four episodes of “OWN Spotlight: Black Women OWN the Conversation,” hosted by Carlos Watson, which features intimate conversations about important issues. Featured will be a panel of celebrity guests and 100 Black women with a focus on key issues including love and relationships, motherhood, beauty, and mind, body and soul.

Ryan Murphy Staffs Upcoming Netflix Film Musical “The Prom”
Ryan Murphy has announced the key roles for his upcoming movie version of the Broadway musical “The Prom” for Netflix. In addition to the previously announced Awkwafina, James Corden, Ariana Grande, Keegan-Michael Key and Andrew Rannells, the cast will include Oscar winners Meryl Streep and Nicole Kidman.

“The Prom” follows the experiences of an Indiana lesbian teenager who wants to bring her girlfriend to her school’s big dance. Instead, they’re banned from attending as a couple, prompting a cast of Broadway eccentrics to descend on the teens’ small-town home to help fight the injustice.

This is Murphy’s first movie project announced under his reported $300 million deal with Netflix.

Investigation Discovery (ID) will introduce new series “‘Til Death Do Us Part,” which follows lovers as they embark on relationships that end with a destiny no one expected, on Tuesday, July 9 at 10 p.m. ET. The logline: the show features all-new stories of love gone wrong, including a loving wife turned Wiccan, a spouse with a spiraling gambling addiction, and a motorcycle accident that is not what it seems. Illustrated through split-screen archive and originally-shot material, including interviews with family, friends, law enforcement and the potential victim of the crime, “‘Til Death Do Us Part” unveils the breaking point in each of these relationships when love and murder collide.

Two-hour special “JFK Jr. and Carolyn’s Wedding: The Lost Tapes,”narrated by Elizabeth McGovern, will debut on TLC on Saturday, July 13 at 8 p.m. ET. Throughout special, TLC will showcase a first-hand look at the rehearsal dinner featuring toasts from several guests, unearthed footage from the ceremony and reception, and interviews from family and friends who attended the fairytale occasion, disclosing details that have never been shared publicly–until now.

The Royal life of Camilla, Duchess of Cornwall, wife of Charles, Prince of Wales, is the focus of documentary special “The Real Camilla” on SVOD service True Royalty TV. It is available for streaming on Thursday, August 1. “The Real Camilla” is directed by multi-award winning filmmaker Jane Treays, and filming was throughout The Duchess’s 70th year. For a look at the trailer, click here