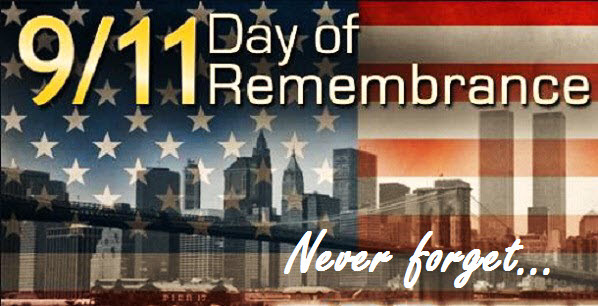 There were two series premieres: “The Carol Burnett Show” on CBS in 1967 and “Little House on the Prairie” on NBC in 1974. Carol Burnett’s variety series ran for 11 seasons, through 1978, and it returned in the summer of 1979 for four new episodes. “Little House on the Prairie,” which was re-titled “Little House: A New Beginning” in the final season, enjoyed a nine season run…“The Miss America Pageant” was televised for the first time in 1954. Lee Meriwether was the winner…Celebrity Birthdays: “Gilmore Girls” star Scott Patterson is 61; singer and talk show host Harry Connick, Jr. is 52;  “Empire” star Taraji P. Henson is 49; rapper Ludacris is 42.

Did You Know?:
Dick Van Dyke joined the cast of “The Carol Burnett Show” in the 11th – and final – season in 1976-77 after Harvey Korman exited for a sitcom deal with ABC. But the chemistry was lacking and he left in the middle of that season…Linwood Boomer, who played Mary’s husband Adam Kendall on “Little House on the Prairie,” went on to create Fox sitcom “Malcolm in the Middle,” which aired from 2000 to 2006.

Ratings Breakdown:
In season (or series) finale news, “First Responders Live” on Fox concluded with a modest 1.3 rating/2 share in households at 9 p.m. ET. Comparably, this was almost identical to the 1.2/ 2 on the year-ago night with relationship game show “Love Connection.”

NBC Greenlights Second Season of “Songland“
NBC has announced a second season renewal for “Songland,” which has benefited by the lead-in support of “America’s Got Talent.” Debuting in May, the competition series gives undiscovered songwriters a chance to create a hit and viewers a look at the creative process in action. Artists taking part in season one include Jonas Brothers, John Legend, Meghan Trainor, Macklemore, Charlie Puth, Kelsea Ballerini, OneRepublic, Aloe Blacc, Old Dominion and Leona Lewis.

A specific return date for “Songland” has not been announced.

Food Network Renews “Delicious Miss Brown”
Food Network has issued a second season pick-up to “Delicious Miss Brown,” with an order for 13 new episodes. Shot on-location in Charleston, South Carolina, the series stars contemporary Southern cook Kardea Brown, who shares the family events, culture and recipes close to her heart. Born and raised on the Sea Islands of Charleston, Kardea grew up in a big family with a love for food, especially the cherished recipes they passed down from generation to generation. She began cooking as a child in her grandmother’s kitchen, where she learned to make the traditional dishes of the region.

Season two of “Delicious Miss Brown” is expected to debut in early 2000.

“The Kelly Clarkson Show” from NBCUNiversal premiered with a 1.9 household rating/6 share across primary runs in the metered markets on Monday, Sept. 9. Comparably, this was the highest debut rating for a first-run syndicated show in seven years, with growth of 36 percent from the lead-in time period average and 73 percent from the Sept. 2018 time period average. The Clarkson talker airs at 2 p.m. leading into Warner Bros.’ veteran “The Ellen DeGeneres Show” on most NBC-owned stations in the large markets.

The good news from the get-go: the original cast, no singing and dancing (a la “The Brady Bunch Variety Hour”), no “fake” Brady (as in “Fake” Jan in that same spin-off, who made a career being on one of the biggest fiascos in TV history), no Brady B-listers (Cousin Oliver and the Brady spouses, in particular), and no annoying laugh track ready to snicker at every single moment. There was also a mountain of clips from the original series spread throughout this first episode.

After an outstanding opening montage, complete with pictures of “The Brady Bunch” and all the spin-offs (in a too rapid pace, unfortunately), the six original Brady siblings arrived ready and willing to get the renovation started. And, no, it was not going to be easy according to HGTV. For more, click here

The WNBA Finals will begin on Sunday, Sept. 29. Three-time WNBA MVP Sheryl Swoopes and five-time WNBA All-Star Katie Douglas will serve as studio analysts throughout the playoffs. All games will also stream live on the ESPN app.

“Rock the Block,” HGTV’s newest competition series, will premiere on Monday, Oct. 21, at 9 p.m. ET. The logline: With only four weeks and $175,000 each, HGTV stars Leanne Ford (“Restored by the Fords”), Mina Starsiak Hawk (“Good Bones”), Jasmine Roth (“Hidden Potential”) and Alison Victoria (“Windy City Rehab”) will face-off to max-out identical properties in the Los Angeles area—with the goal to add the most property value to each home. Hosted by “Property Brothers: Forever Home” star and real estate expert Drew Scott, the series will boast bold build and design challenges; in-show surprises; and special guest judges. The winner will walk away with the ultimate reward—bragging rights and a street named after her on the most rocking block in the country.

ON THE AIR TONIGHT
Series debuts: “NFL: The Grind” on EPIX; “Danny’s House” on Viceland….Season (or series) finales: “BH90210” on Fox; “Bulletproof” on The CW…Also concluding for the season: “Queen Sugar” on OWN; “Marrying Millions” on Lifetime; “Sherman’s Showcase” on IFC; “Snowfall” on FX…History Channel remembers 9/11..For the listing of available programs for Wednesday, September 11, click here