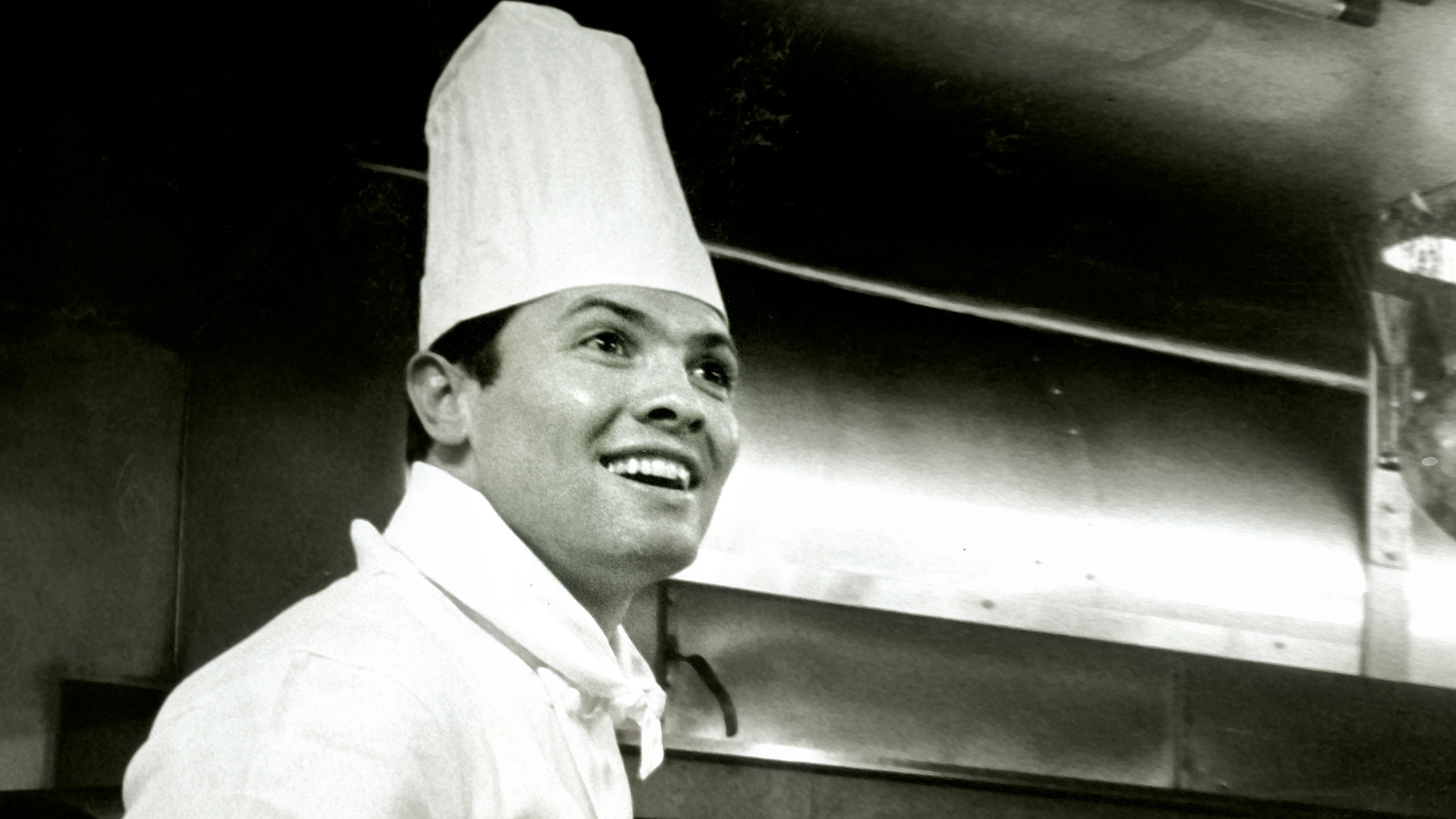 Pasadena, CA (The Hollywood Times) 5/27/17 – On Friday night American Masters on PBS kicked off its 31st  season with a profile on the the life of French master chef, Jacques Pepin. American Masters will also profile three other chefs in its Chef’s Flight series.

Pepin’s odyssey in food is an American success story to be sure, but one that also documents the experience of a hopeful immigrant who was able to exploit the possibilities of The American Dream to its fullest potential.

When Pepin migrated to New York in the 1950’s he was already a top chef in his home country of France.  As a youth, he survived  post-World War II austerity to become the most renowned chef in Europe. He achieved a coveted position as chef to President Charles de Gaulle and served his cuisine to the most consequential political figures of the century. Somehow that wasn’t enough.

He took his master’s skills to New York and immediately started working at the most elite restaurant in the city Le Pavilion in 1959. Remarkably, he twice turned down an offer to become White House chef to President Kennedy and his family. He had been there and done that in France and was looking to go where no chef had gone before.

In a curious career move, he took a position as an executive with the massive Howard Johnson’s franchise. Pepin revamped their menu and food delivery system in order to bring a standardized food experience to the masses across the nation. His culinary model would serve as a template for the exploding fast-food industry in the decades that followed.

Pepin’s good looks and artistic flair made him a sought after celebrity. Everything was going Pepin’s way until a serious car crash nearly took his life and his mobility. Pepin bounced back in spectacular fashion writing the book, “La Technique”; a book less concerned with recipes than the fundamentals of food, and it’s preparation, with particular focus on the visual aspects of cooking and presentation. “La Technique” has never been out of print since its publication.  A successful PBS cooking show based in San Francisco sealed his legacy as he taught a busy world how to prepare high end cuisine in real time.

Today’s mass media, ‘foody’ culture can trace its roots and celebrity cache directly back to the innovations and inventions of Jacques Pepin. Pepin was both a French master and uniquely American .

Jacques Pepin tried to explain the success of TV cooking shows, where the sensations of smell and taste are unavailable to the viewer.

JACQUES PÉPIN:  ‘That’s true.  That’s a very good point.  But ifyou have a good imagination, you kind of think of what it should taste like.  I mean, that’s what I do.  But it’s true.  I like to go to the market.  I like to work in the room and smell the mushroom and stuff like this.  There’s nothing to replace that.’

Naomi Pomeroy spoke to the sea change that shows like Top Chef have brought to the food industry.

NAOMI POMEROY:  “I think it’s changed it a lot, in particular because these days a lot of young cooks are watching these shows and seem to come into our kitchens maybe expecting to go from the lowest to the highest in five minutes, and so it’s  quite changed our industry in terms of staffing issues, I think.”

Pepin called out shows like Top Chef for introducing conflict and competition to the art of cooking.

JACQUES PÉPIN:  “I believe that it’s a disservice very often because this is not what cooking is all about.  Cooking is about being together, about love, about sharing and all that, and that type of confrontation that you have there is not really the way you learn how to cook or the way you understand food. “

Dan Rather and Adam Bolt back again on PBS tomorrow