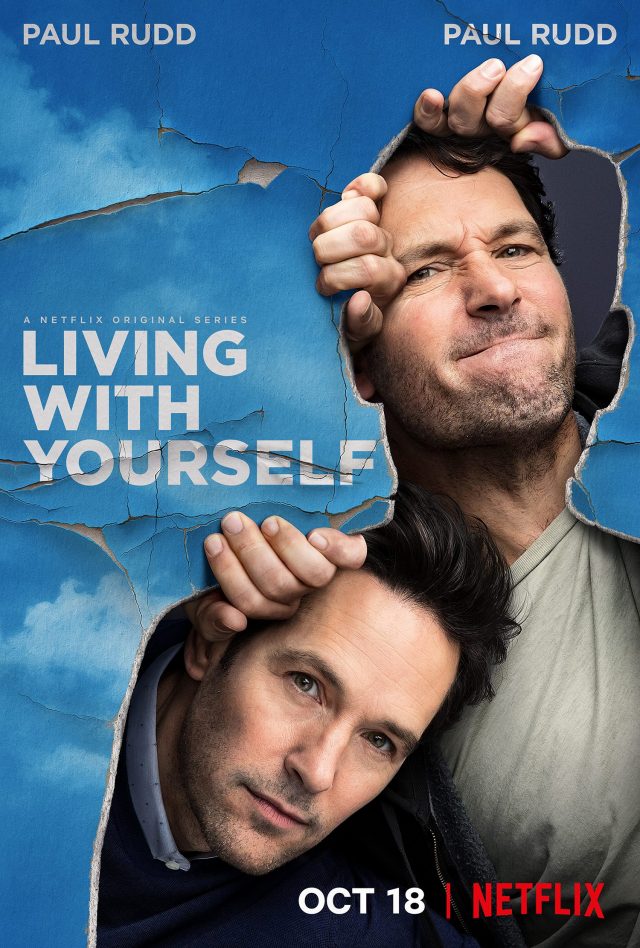 BY WATCHING THIS TRAILER, YOU CAN BE A BETTER YOU. THE BEST VERSION OF YOURSELF.

*DON’T ADJUST YOUR GLASSES.   YOU ARE SEEING DOUBLE*

LIVING WITH YOURSELF premieres globally October 18, only on Netflix.

The Netflix original series LIVING WITH YOURSELF is an inventive existential comedy that asks: do we really want to be better? Miles (Paul Rudd) is a man struggling in life. When he undergoes a novel spa treatment that promises to make him a better person, he finds he’s been replaced by a new and improved version of himself. As he deals with the unintended consequences of his actions, Miles finds he must fight for his wife (Aisling Bea), his career, and his very identity.