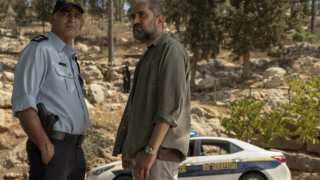 Beverly Hills, CA (The Hollywood Times) 7/28/19 – The summer TCA press tour wouldn’t be a TCA press tour without some HBO. And HBO wouldn’t be HBO without the innovative and addictive series they’re famous for. So last week, the minds behind “Our Boys”, a limited series based on true events that took place in Israel in 2014, met to discuss in front of a live audience of critics.  The series will debut August 12th.  And it turns out the journey in making the series, wasn’t as simple as they thought it might be.

“During the research, and during the work, we understood that this event is much more complicated than we thought it is,” said creator/executive producer/writer/director Hagai Levi. “We tried to investigate, psychologically, sociologically much more about this event to get to the bottom of it, and that was basically our work here. To, you know, to get away from just a procedural crime story into a very deep exploration of a hate crime, which is very, very relevant to everywhere in the world.”

This ‘event’ refers to the kidnapping of three Jewish teenagers who were then murdered by Hamas militants in the summer of 2014. This led to the retaliatory murder of a 16 year old Palestinian, and a conflict that would ultimately change the entire history and lives of both Arabs and Jews.

Among the priorities in making the series, was historical accuracy. “We were quite cautious in a way to represent things as they are, it wasn’t about being balanced, it was being true to what happened,” said Levi.

“When I heard they’re doing the series, one of the main things that I was really happy about is that the series has the power to eliminate oblivion (sic) that is characterizing a place like the Middle East where a lot of things are happening one after the other, and then there’s a stage where, for the story to come up, and float, and be like oil over water, in that case, so it’s very important,” said actor Shlomi Elkabatz, who plays Simon.

Executive producer Avi Nir said the process was a ‘struggle.’ “It was a big undertaking for the guys,” he said. “This is a process that took almost 36 months….how do you maintain your allegiance, or so to speak, to the characters and remain within the confines of what happened in true life? So I think that was the struggle. And the fact that there are three creators, two Israelis, one Palestinian I think is very unique, and you can see it on-screen the result which is it has a different integrity to it.”

Also challenging, had to be the fact that the story was ultimately told from three different perspectives. Surprisingly, arrestingly—it works.

“So after the initial idea was agreed on — and that took some time — to focus the story on the murder of Mohammed Abu Khdeir told from three perspectives: the perspective of the Abu Khdeir Family, the perspective of his killers, three murderers, and the perspective of the Shabak agent, whose job it was to prevent the murder, and then whose responsible for the investigation, Simon,” said writer/director Joseph Cedar. “After we agreed that that’s our story, we began a long process of research, speaking to everyone on all three sides of this story. We had the privilege to really get into the depth of every detail.”

Cedar said over a writing process of about a year and a half, the team came up with scripts that are “a result of serious discussion, argument, and at the end, distilled into something that hopefully really gets to the core of the story.”

The venture was a success, any way you look at it. “Our Boys” is something you can’t really look away from, and it’s an important telling of an important story.

“What we try to do is to lay down many layers of elements that could cause such a hate crime,” said Levi. “And I think when you are aware to all these layers, you can do something about it.

If ever a show were poised to “do something about it,” “Our Boys” definitely is.