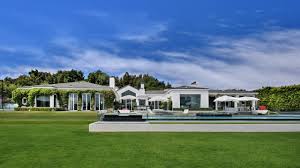 “Brady – Budchen Home Reduced”
After just two months and no sale, Tom Brady and Gisele Budchen have reduced the asking price on their Boston-area home from $39.5 million to $35.9 million. Their seven-bedroom, 12,000-square-foot  home is on 5.24 acres on the 9th hole of The Country Club.

“Labor Costs Blamed for Higher Home Prices”
According to a recent survey of home builders, labor costs represent about 75% of the cost of a new home. Higher wages and a shortage of subcontractors result in today’s higher home prices.

“Kurt Cobain’s Beautiful Home”
A Queen Anne-style home with shingled exterior and about 8,000 square feet on Lake Washington in Seattle is for sale at $7.5 million. Kurt Cobain and Courtney Love bought the home in 1994, shortly before Kurt’s death.

“Michael Jordan Lists Two Mansions”
Michael Jordan has now added his contemporary-cabin-style Utah home for sale at $7.5 million to the Chicagoland home he has been trying to sell for seven years.  His 56,000-square-foot Chicago home was originally on the market at $29 million – now at $14.9 million.

“Feds Stop HGTV Stars’ Seminars”
A federal court has ordered a stop to national real estate seminars featuring HGTV Flip or Flop stars that promised riches by flipping homes. Although the seminar was free, participants were coaxed into purchasing additional training that could cost over $41,000.

“Cheryl Tiegs’ Bel Air Home Is a 10”
One of the 1970’s top models whose pinup poster adorned bedroom walls throughout the world, Cheryl Tiegs has put her Bel Air home for sale at $18.5 million. Tiegs bought the 4,770-square-foot, four-bedroom home in 1996 for $2.49 million and spent millions more in updates.

“Justin Bieber Might Be Selling His New Home”
According to the New York Post, Justin Bieber is already thinking about selling the Beverly Hills home he bought earlier this year and is putting feelers out to his 119 million Instagram followers. Justin bought the 6,132-square-foot home for $8.5 million.

“Florida Home Prices Continue To Climb”
In September, Florida single-family home sales rose 11.5% from September, 2018 while the median price rose 5.3% to $256,000. Florida condominium sales went up 6.1% and the median up 5.8% to $193,000.  Florida median home and condominium sales prices have increased for 93 consecutive months.