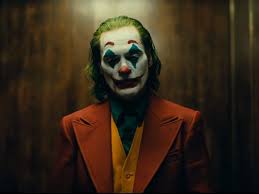 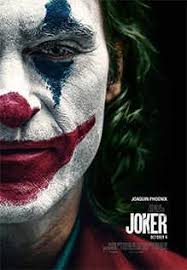 Birmingham, AL (The Hollywood Times) 10/06/2019 – Within the past decade and change, a seemingly endless slew of comic book/superhero origin stories have made their way onto the big screen. From infinity stones, to smartassed mutants to “MARTHA” (don’t even get me started), these saga spanning fan service buffets have been getting dished out by the dozen like gangbusters.

But as a bonafide fanboy of the genre myself, I’ve always wondered if there would ever come an origin tale regarding one of my absolute favorites, the Joker. Perhaps the greatest villain of any genre.. horror, sci-fi or otherwise, the psychotic clown prince of crime has always seized my fascination with his impulsive and comically evil approach in getting his point across to whomever crosses his path, including Batman himself. While the Joker has demonstrated some of the most brutal forms of homicidal mayhem throughout his 80 year reign on the pages of DC Comics, he can be just as infinitely imposing on screen as well. 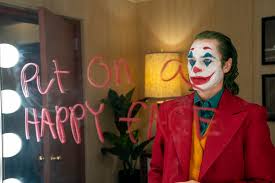 Cesar Romero first brought the campiness in the 1960’s Batman television series. Jack Nicholson secondly served up nightmares in 1989’s Batman. Mark Hamill thirdly as the eponymous voice of the Joker in Batman: The Animated Series, (rightfully so considering ARKHAM is in his name.) Heath Ledger turned naysayers into loyalists in 2008’s The Dark Knight with his untouchable spin. And then Jared Leto gave us something in 2016’s Suicide Squad reminiscent of a Hot Topic fancier doing an impression of Jim Carrey with a Penguin-like quack laugh. It is what it is.

In 2019, Joaquin Phoenix has disappeared into the pathos of the classic greasepainted malefactor, and in his absence, a mentally unstable tinderbox with a gauntly angular physique and an involuntary laughing disorder remains. 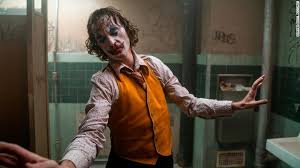 Joaquin Phoenix portrays Arthur Fleck, a meek clown for hire living in the impoverished slums of Gotham City with his mother, Penny (Frances Conroy). Day after day, Arthur is beaten, ridiculed or severely misunderstood in his pursuit to come across as a normal individual. Suffering from a neurological affliction that causes him to break out in fits of uncontrollable laughter, Arthur finds himself doubling over during instances that normally wouldn’t merit a laugh, which is quite possibly the most intelligible rationale used to pinpoint the culprit of the Joker’s trademark disposition. Given the treatment he encounters in such a ruptured society, it’s easy to see how a person can be driven swiftly into madness. 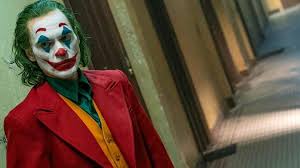 As one of the first genuine cinematic character studies of a prominent figure in the DC Universe, Joker is that rare jewel that gives the iconic villain’s colossal fanbase a unique and real world interpretation of how the Joker actually came to be. Everything about Joker is a much needed breath of fresh air in this cinematic genre rife with things going BOOM, excessive CGI and fourth wall breaking fan service.

The performance of Joaquin Phoenix is unquestionably beyond compare. You find yourself incredibly concerned for Arthur during a key moment when his intractable laughter elicits a severe beating from three inebriated Wayne Enterprises businessmen. There’s so much that is pitiable about Arthur and how he’s slowly being driven to the point of no return, but also feel his actions (while HIGHLY not condoned) to be somewhat justifiable.. much like you would for anyone who is the victim of bullying. Surely if you kick a helpless dog enough, it’ll eventually snap and kick back twice as hard. 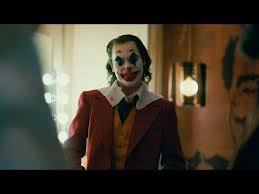 Co-starring Robert De Niro, Zazie Beetz, Marc Maron and Brett Cullen as Thomas Wayne, Joker is definitely a substantial candidate for the next best comic based film of the past 30 years. A monumental display of how “all it takes is one bad day to reduce the sanest man alive to lunacy.”

But for real, if the Academy snubs Joaquin Phoenix’ performance, I may go a little mad myself! 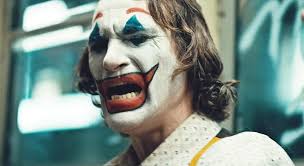