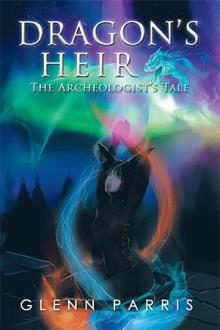 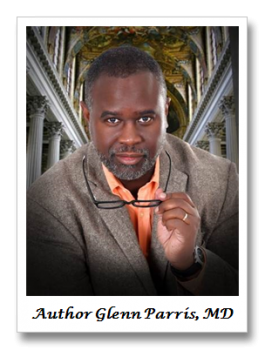 Atlanta, GA, November 29, 2018— What if science got it wrong and instead of dying in a mass extinction, dinosaurs actually took off in a veritable Noah’s Ark when the going got tough— and relocated? Author and board-certified doctor Glenn Parris, in his new book Dragon’s Heir: The Archeologist’s Tale, blends ancient culture with modern-day issues in an imaginative tale that has appeal to readers of all ages.

With engaging characters, an original premise and compelling themes of multiculturalism and politics, Dragon’s Heir features a cast of advanced, non-mammalian people known as the Efilu, who once lived on Earth during the age of the dinosaurs. Faced with a worldwide catastrophe of their own doing, the Efilu gathered together the populations of every intelligent species on the planet and evacuated, leaving behind a small contingent of a single species—known as The Keepers and their leader, Dragon—to restore their dying world.

Did science get it wrong when they said dinosaurs died in a mass extinction? Author and board-certified doctor Glenn Parris sets imaginations on fire in a delightful story that suggests the dinosaurs merely up and left when the going got tough—taken to a new home in a virtual Noah’s Ark. With enough action to hold a child’s imagination captive (and adults!), this book will be cherished as a new addition to favorite nighttime story-telling.

Some 65 million years later, an expedition of Efilu returns in search of a cure to a plague threatening their vast civilization. Instead of the barren world they expected, they find a fertile world overrun by mammals, and Dragon’s coven of Keepers is nowhere to be found.

A board-certified rheumatologist, author Glenn Parris has practiced medicine in the Northeast Atlanta suburbs for more than 25 years. He’s been writing for nearly that long. Originally from New York City, Parris migrated south to escape the cold and snow and fell in love with Southern charm and Carla, his wife of 27 years. He now writes cross-genre books in medical mystery, science fiction, fantasy and historical fiction. The Renaissance of Aspirin, a Jack Wheaton medical mystery, was his debut novel. Also look for Unbitten: A Vampire Dream for Halloween!

To hear an excerpt from the book, please visit https://novelwritingfestival.com/2018/08/07/dragons-heir-novel-excerpt-vit-nas-escape-by-glenn-parris/.

Dolly Parton Lends Her Ever-Assuring Voice During COVID-19 Health Crisis With The Release of New Song “When Life Is Good Again” Premiering The Official...

Joan Gelfand, “7 Secrets to Unleashing your “Inner Author” and Writing Your First Book.